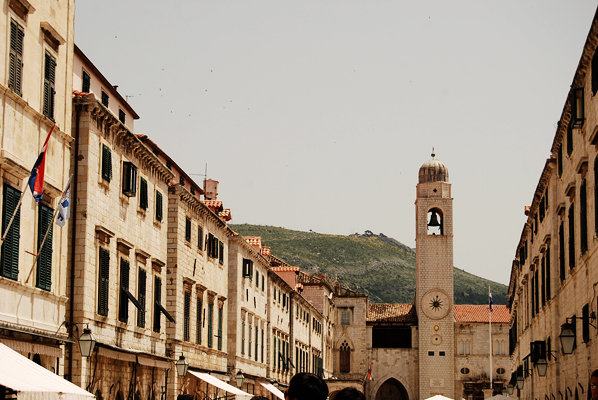 The word’s out: Croatia is one of the hottest destinations in the world. A boomerang-shaped nation tucked between the Adriatic Sea and the fringes of the Balkans, the country has emerged from its bloody past and has grown into a beautiful teenager who knows how to throw a party without totally leaving its storied past behind. Blessed with a beautiful Adriatic coast and a great culture, never has Croatia seen a brighter future than today.

The view isn’t without its share of blemish, though. Accession to the EU remains a tantalizing prospect to many Croats and war crime issues still linger (Ante Gotovina still enjoys a hero status in his homeland despite reproach from the UN). Despite display of steady growth recently, the economic climate remains patchy. Corruption still provides a major headache, unemployment hovers at a double-digit rate, and the average barber struggles for his daily sustenance.

But a ray of Mediterranean sunshine peeks through as tourism, growing by leaps and bounds in recent years, could be the proverbial manna from heaven. Croatia, particularly Split and Dubrovnik, has lately seen a spike in international visitors arrival, thanks largely to cruise ships who have regularly poured out sun-worshippers to these two Adriatic jewels.

Ah, I mentioned the cruise.

A longtime fan of independent travel, I have always seen a cruise as some sort of a betrayal to that idea. But after more than a month of backpacking across Europe (which was in a literal sense, in my and Joseph’s case), I guess the hedonism was — to understate it — a much-needed break. Besides, a cruise is perhaps the most convenient, albeit not entirely crowd-free, way of exploring places like Dubrovnik. Applying a visa for Croatia, which is not a Schengen country, is a major hassle for non-EU citizens like us.

Our group boarded the ship as it departed on June 12 from Venice, Italy, and we were at sea for a full day. Two days later, on a Sunday, it docked at the port in Dubrovnik, a few kilometers from the famed Old Town, which has been an unfortunate casualty to the 1991 shelling by Yugoslav militants. A painstaking restoration project has since then put the town back to its original look.

Being the independent travelers that we were, we didn’t avail of the cruise’s tour programs and went to explore the city on our own. We started with the obligatory checking out of the tourist information center, and then proceeded with a leisurely stroll along the Old Town, following a brief “lunch” at an ice cream stall and a few minutes of rest at the Onofrio Fountain.

However, the extremely intense heat severely drained our energy to explore the rest of the city (we only had the afternoon before returning to the ship) that after a few photo ops with the teracotta roofs at the fortress that look out to the Adriatic Sea, most of the group just sat under the shade.

But I was determined to explore as much of Croatia as I can, even if it’s just one city. So with my aunt, we went on to narrow roads and alleyways to take as many sights as we can. We explored an open market. My aunt bought a CD featuring an Orthodox Christian choir. I bought a book in a shop. We ate pizza. Little things like that.

Then I had a haircut. I figured that it would be a unique experience in the country. I mean, everybody does sightseeing, everybody shops… but how many have haircuts? In Croatia?

It was also a way of helping the grassroots economy. There’s no doubt that tourism is helping the country, which is constantly primming itself regardless of the results with EU. But such excitement may ultimately lead to unchecked development that could ironically destroy the country’s nature and culture, its very drawcards. The challenge now is balancing progress with sustainability and whether Croatia could cope with it remains to be seen.