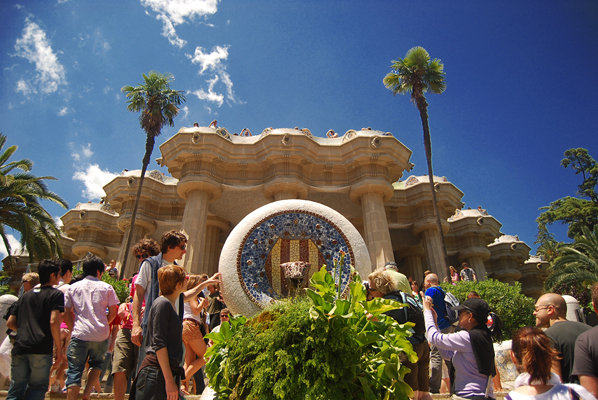 Our stop in Spain personally is a bittersweet one. On one hand, it feels sad that the trip has reached its end, although we will have to return for a few hours in London and a couple more days again in the US before flying back to the Philippines. On the other hand, few places could have made a greater ending than this country with its lively atmosphere (except during siesta hours) and great food.

Spain has long released its hold on its once vast empire but that hasn’t stopped the country from capturing the world’s imagination. Whether it be passionate bailaors performing the flamenco, bullfighters teetering on the brink of fatal dangers while taunting toros, or a round of sangria while soaking up the Mediterranean sun, the Spaniards grab the romantic fancies of every traveler while doing it with such enthusiasm that has defined the nation. It’s true that such stereotypes emanate mainly from Andalusia, but that only means once you get out of the southern region, Spain readily doles out more surprises, especially once you get under the country’s skin and meet its various regional ticks.

Take Barcelona for instance. A staunchly illustrious Catalan bastion tucked comfortably along the Mediterranean coast, the capital of the Catalonia autonomous community boasts of culture so rich and diverse compared to the rest of Spain it’s not hard to think of it as a different country. Barcelonins are fiercely proud of their Catalan tongue, while the city itself is a highly cosmopolitan jewel decorated by Antoni Gaudi’s surreal architecture.

We reach Barcelona after almost another day in Venice, where the cruise returned after a week’s trip in the Mediterranean. The initial journey from the airport on a shuttle isn’t all that much different from the ship, as modern amenities and a very efficient transport network make it easy for the transfer to Universitat. But after that, it’s back to normal. Lack of escalators and lifts at the Metro make it terribly hard for us to move with our luggage anad make our way to the hostel near the city’s outer limits.

It’s nearly midnight when we check in (okay, I just have to say this… the woman at the desk is hot) and most shops have already closed. Fortunately, a small grocery store run by a Vietnamese family is still open allowing us to stock up on food items, which we cook at the hostel’s kitchen.

The following day, we avail of a one-day pass at a hop-on-hop-off bus to maximize our tour of Barcelona. We cover most of the stops, including La Sagrada Familia, but a significant portion of the afternoon is spent in Park Guell, a section of Gracia district where Gaudi ran amok with his signature Modernism. Hawkers, buskers and tourists alike converged at the surreal landscape dazzlingly blended with nature — colorful mosaic are spectacularly backdropped by the contrasting turmeric-toned sand and blue Mediterranean sky. The uphill walk (the bus drops visitors at a street corner at the foot of the hill) is nearly as pretty, with the afternoon sun painting a golden hue on colorful houses that line the streets.

But Barcelona is not just about its past, no matter how much pride the residents place on it. The city also has a vigorous disposition on the present and its future. It has been nearly two decades since the 1992 Olympics (the Anella Olímpica is also one of our stops), but the city has never looked back. Modern sculptures, chic malls, and an IMAX cinema dot the coast, while the state-of-the-art Camp Nou at Avinguda Aristides Maillol houses one of Spain’s richest football club.

We cap our tour of the city with a funicular ride to the top of Montjuïc Hill, where a castle overlooking the harbor provides a dramatic view of Barcelona at sunset on one side — the cityscape’s silhouette bathed in warm golden rays — and Mediterranean waves lapping at the pier on the other side. Seagulls fly overhead as cool sea breeze provide steady relaxation for aching leg muscles.