The food you can see in Binondo’s narrow streets and alleys is just as much a part of the district as its ethnic Chinese residents and old world charm. In fact, eating in Binondo is already an experience in itself; you can get to know the area and its residents just by finding a restaurant where you can eat and taking in slices of life as they pass by. So, on my 29th birthday, which happens to fall on the Chinese New Year, I join a group of intrepid people as Travel Factor leads us on a food tour around Binondo. 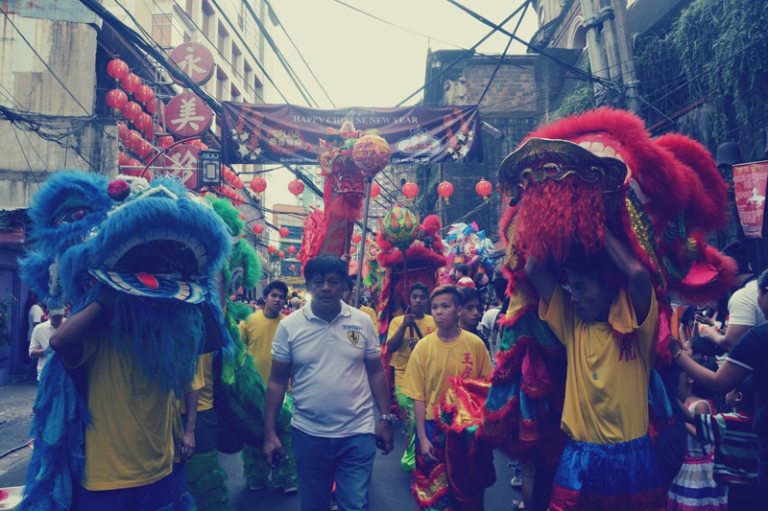 Binondo was founded in 1594 by the Spaniards as an enclave where Spanish mestizos who converted to Christianity could reside. As the years went on, trade flourished in the area and the district went on to become a strong financial and economic hub. World War II changed everything, though. Postwar efforts at reconstruction have been inconsistent, to say the least, and Binondo nowadays is a gritty and chaotic reminder of what it once was.

That has never stopped visitors in search of an adventure from exploring its labyrinth of streets. The world’s oldest Chinatown offers a great sampling of Chinese culture (particularly the Fookien culture of southeastern China), and the constant interaction with Spanish, American and other cultures have created a brand unique to the Philippines. 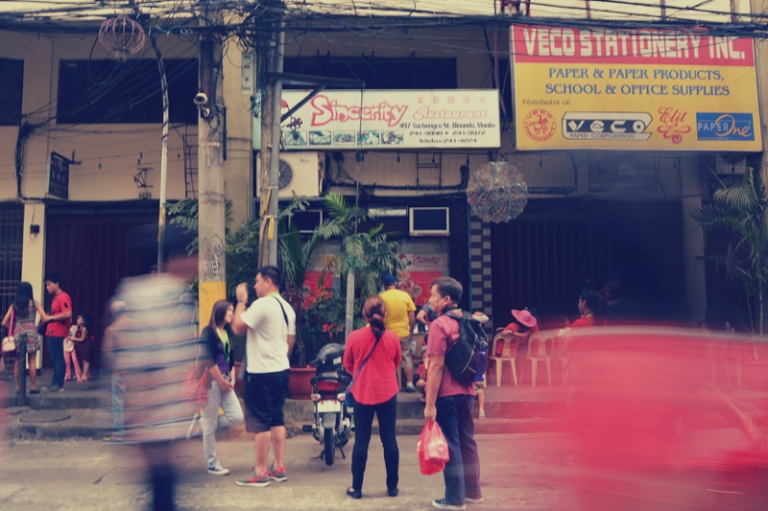 Led by one-time Binondo resident Louie Go, the food tour starts in Sincerity Restaurant, where we have our lunch. One of the most popular restaurants in the area, it’s constantly packed with people, and today, there’s a very long line outside as Binondo is heaving with crowds for the Chinese New Year. After an hour we get inside, where there are only a few tables to accommodate a steady stream of customers. It’s a cramped space with orange and green walls, a long mirror in one wall to make the place seem larger than it really is, and a TV set showing snippets of lifestyle shows featuring the Tsinoy culture. 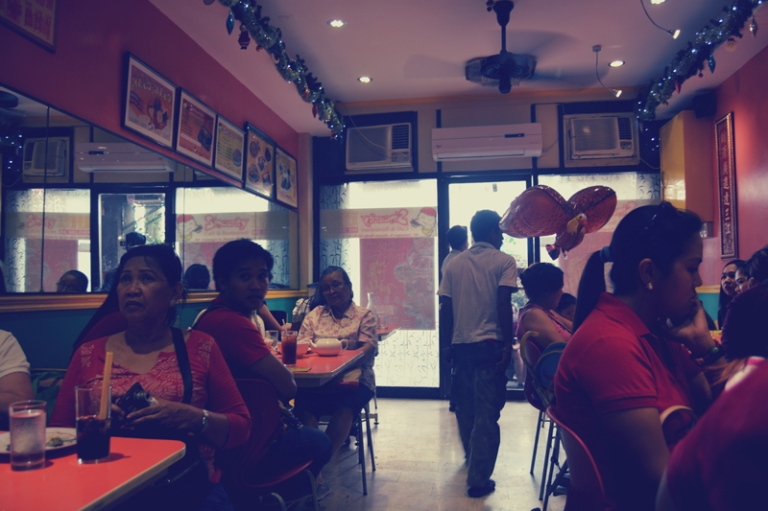 We order the restaurant’s bestsellers – the Sincerity Fried Chicken and Fried Oyster Cake along with Shanghai Fried Rice. The fried chicken in particular has drawn raves from food critics, though, personally, I’ve tasted better fried chicken. I’m not saying it’s not good (Mmmm, those crispy skin!), but I won’t go as far as saying as it’s the best I’ve ever tasted, as one food critic said. Best chicken in Binondo, perhaps.

In the afternoon, after a crushing madness watching the parade at the plaza in front of the Binondo Church, we head on to another unassuming restaurant, Ongbin Golden Dimsum, for an afternoon snack. However, our supposed food, the Xiao Long Bao is so popular the restaurant has run out of stock. Instead, we have an assortment of dumplings I can’t remember the name of. What I remember is that they’re so flavorful, they’re good even without the dipping sauce. 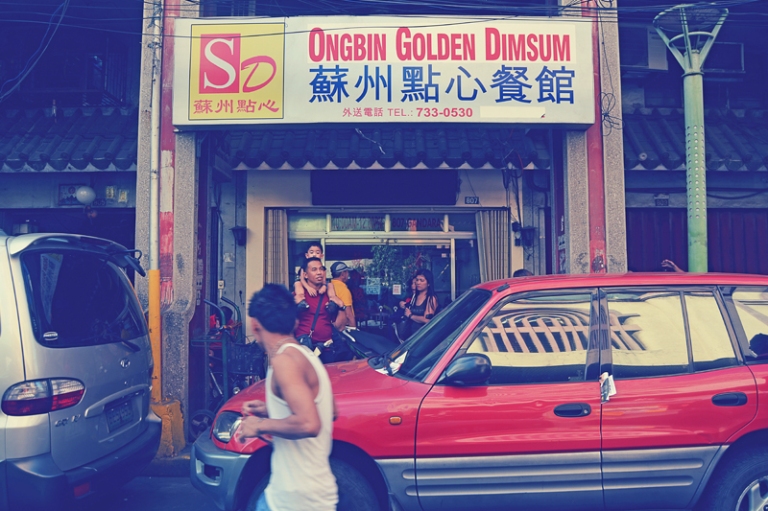 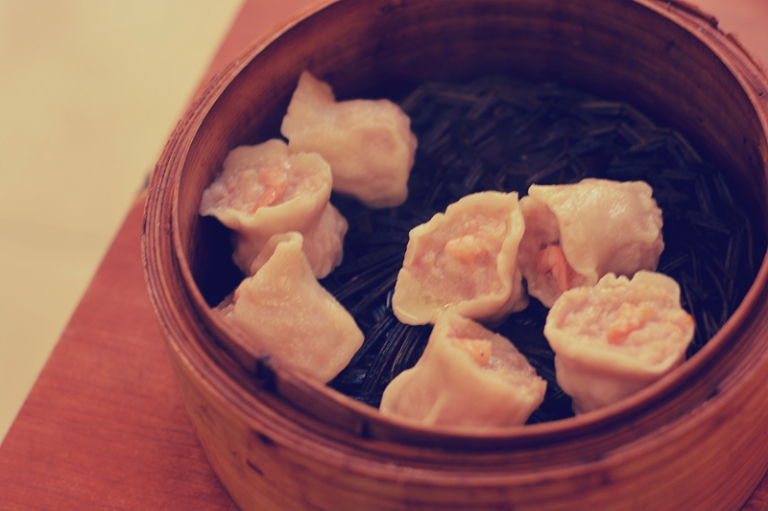 Following a detour to a Buddhist temple just outside Binondo proper, we head toWai Ying for dinner. Unfortunately, the restaurant’s small space is overmatched by the frustratingly long queues of customers outside, and it’s unrealistic for us to get in before the restaurant closes.

So we head to a nearby restaurant, Ha Yuan, where we’re the only customers. The choices are limited to a couple of noodles and dim sum. I have beef noodles and lumpia. 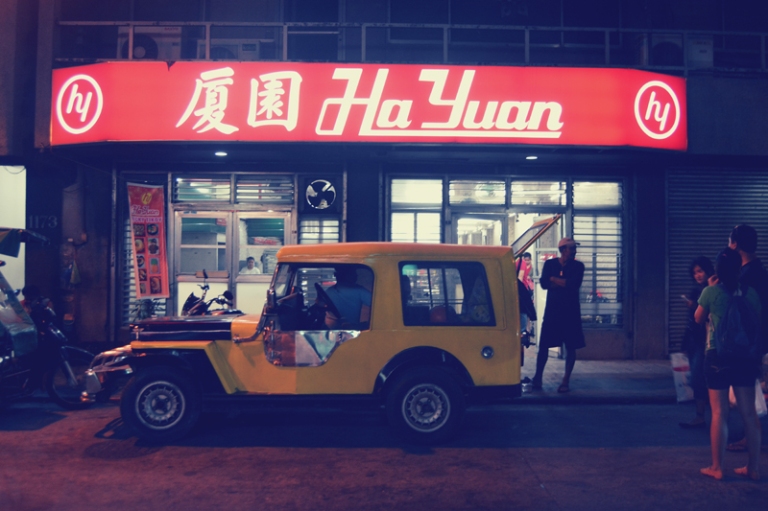 Though nothing spectacular, the noodles are nevertheless tasty and filling. A regular-sized bowl is surprisingly more than enough, though it maybe because we’ve been eating since lunch. The lumpia, too, which contains nori, tastes good.

We return to the Lucky Chinatown mall for some picture-taking before returning to our respective homes. A perfect ending to a fun, food-filled day.

Ongbin Golden Dimsum
(I was not able to get the exact address, but it’s located along Dasmariñas St. From Sincerity, head to the direction away from Ongpin. Turn left at the intersection and just keep walking until you see the sign.)
(02) 733 0530

Ha Yuan
(I forgot to take note of its address and contact number. I’m not sure if this restaurant, which serves large fish- and horse-shaped tikoy, is connected to the Ha Yuan in Greenhills.)

For more information on Foodtrip Binondo or any of Travel Factor‘s other trips, visit travelfactor.org.