It’s Sunday and the conclusion of a hectic week. It’s a day when I’m supposed to be just lying down, trying to recuperate from the physical stress of the days prior, and just psyching myself up for a new manic week.

Today I’m in a relatively new mall in Quezon City with my parents and sister to celebrate Mothers’ Day. We’re eager to try a restaurant I’ve been hearing good things about, but couldn’t try before because its first branches were located in the far south of Metro Manila. That restaurant in question is Mama Lou’s, a homey joint that opened its latest branch at UP Town Center. 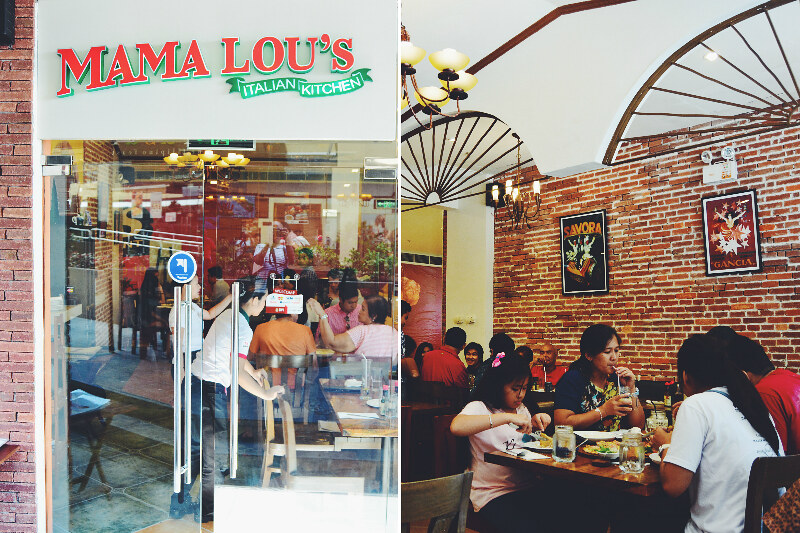 A perennial favorite among fans of Italian food, Mama Lou’s has been a Las Piñas destination for a couple of years now. This casual joint became an instant favorite when it debuted in BF Homes in 2010. The people behind the place – French-Canadian Richard Tremblay and his Filipina wife Malou (who unfortunately died so soon in 2012) – went on to become neighborhood rockstars, cooking up crowd-pleasing pizzas, pastas and other Italian comfort food.

The prices are reasonable with portions that are generous and ideal for a small group – dining here alone seems almost a humiliating affair – though it probably won’t be exaggerating to say that you would want a plateful of pasta for yourself. 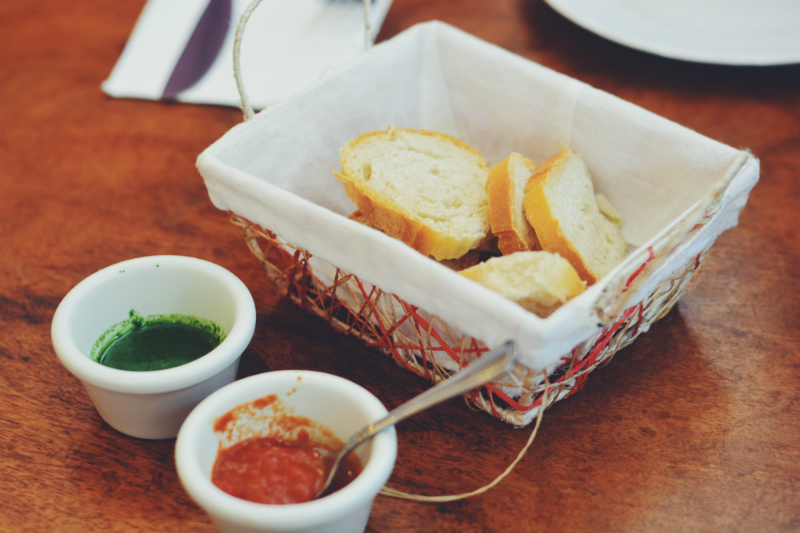 To start, there is a complimentary bread basket with pesto and tomato sauces.

But the meal itself starts with an order the Spaghetti Seafood Olio. The pasta dish is soaked with olive oil and sports chunks of shrimp and clams that highlights the delightful first act.

My sister, a fan of more familiar fares, orders a lasagna. Its lack of sweetness – which is to say it doesn’t conform to the Filipino tongue – disappoints her. Nevertheless, it’s a nice mixture of beef and Italian sausage in a rich sauce. It’s cheesy as well.

Then there’s Risotto Tartufo Funghi, a version of the traditional Italian dish cooked with wild mushrooms and truffle. It’s an addictively creamy dish that, for lack of a better term, is simply irresistible.

For the pizza, we go by the bestselling Mama Lou Special, whose thin-crusted and beautifully presented specimen is topped with tomato, mozzarella, prosciutto, mango, arugula and balsamic cream. It’s a deceptively simple pie with a balanced representation of flavors.

The Chicken Parmigiana – deep-fried chicken breast fillet stuffed with ham and mozzarella, and served with rice and steamed veggies – doesn’t measure to the dishes that came before it but it’s still undeniably good.

This afternoon this branch of Mama Lou’s is filled with sun and warmth, and the sincerity of the place is felt from the smiles of the staff to the food themselves. It’s been an enjoyable day to celebrate the day with our mom.