It has been weeks since I got out of my home city just to try a new restaurant. Much of that has to do with the newfound verve to save money and partly with the dread of having to brave Edsa just to have a dinner and return home afterwards. 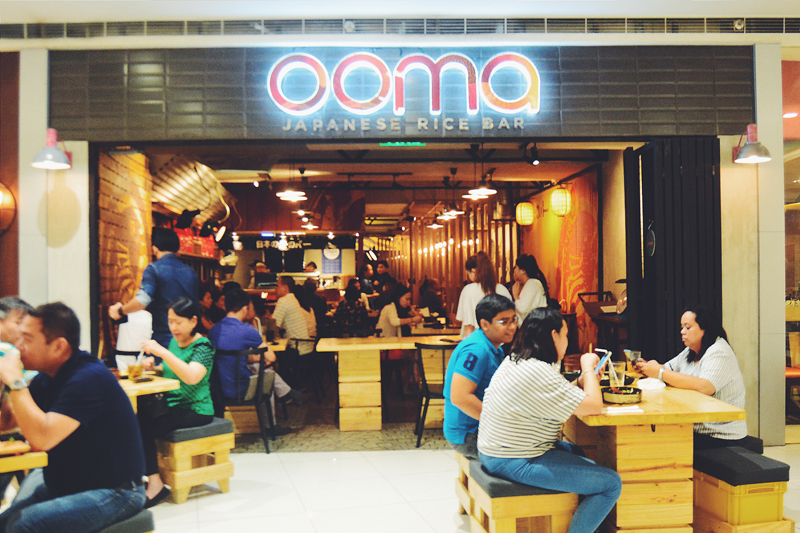 But one new restaurant has been garnering such online acclaim that it was only a matter of time before the urge to try it becomes irresistible. So on a weekday evening, Johann and I manage to align our schedules to visit Ooma, the newest venture of Chef Bruce Ricketts and the Moment Group at the Mega Fashion Hall. And true enough, you feel a certain cachet bearing on the place when you enter it. 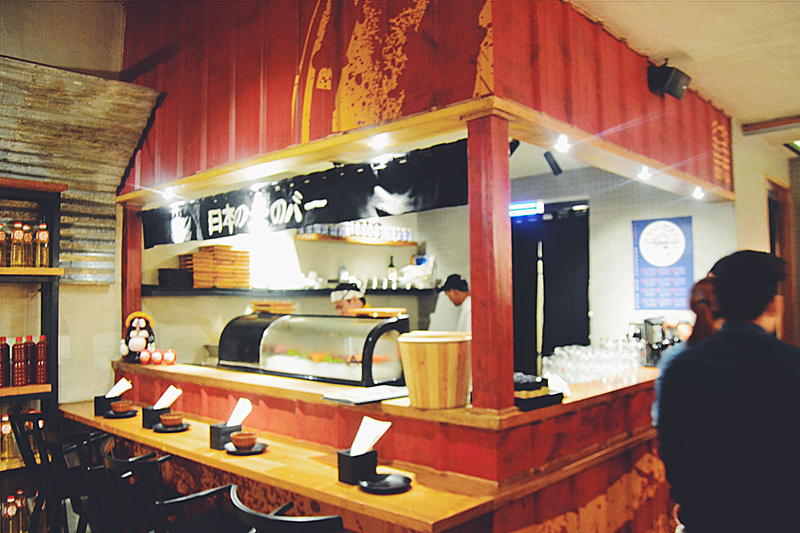 Ooma showcases an elevated and memorable species of Japanese food. It’s been described as Ricketts’ attempt to cater to a wider audience, with more approachable ambiance, more relatable dishes and friendlier prices. The chef is behind the popular Mecha Uma in Bonifacio Global City and Sensei Sushi in Parañaque, both of which I haven’t yet the opportunity of trying out. 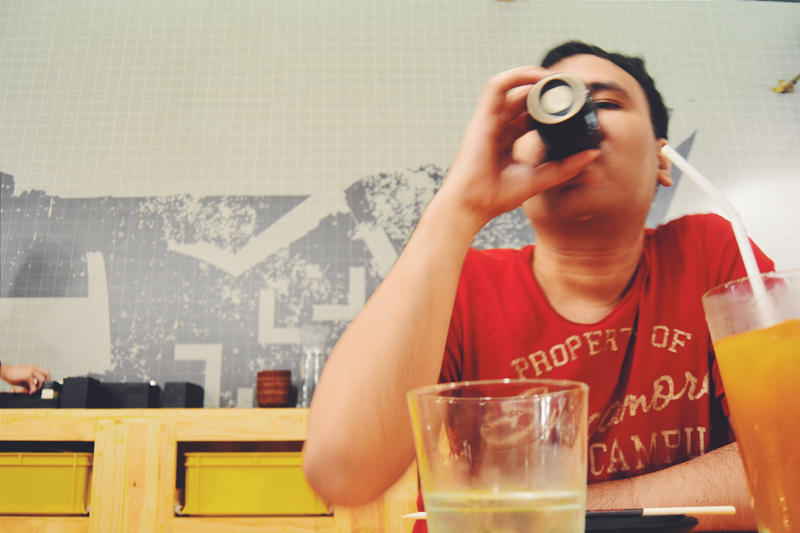 With interiors designed to resemble a Japanese diner, there’s no guessing what cuisine the specializes in. The dishes, though, aren’t all straight-up Japanese, but, rather, some are filled with Filipino elements, with emphasis on presenting something familiar and comforting for a typical Filipino diner.

We follow the advice of our server, Cess, start our meal with a Salmon Tataki. A few moments later, a serving of sesame-crusted salmon with roasted pineapple and pickled red radish drizzled with ginger garlic sauce makes an appearance on our table.

From the Hot Plates side of the menu, we choose the Tori Kara-age more because it’s the cheapest than any other reason. Nevertheless, it’s a memorable dish that makes for a nice main meal, coupled with the unlimited Japanese rice.

Desserts aren’t as hailed as the other dishes, but we try one anyway – the Caramelized Banana with Vanilla Ice Cream. It’s a nostalgic taste that serves to evoke turon and the classic ice cream flavor. This really defines Ooma as less a Japanese restaurant than a Japanese-themed restaurant with Filipino diners in mind.

Ooma, and Ricketts for that matter, is all about creativity. And it’s the ability to spring surprises from simple ingredients, the status of Japanese cuisine as the “it” cuisine, and the comfort of Filipino flavors are probably why the place is still packed even on a weekday evening.