Located inside SM North’s main building, a newly opened restaurant feels almost like a trip to Japan, with a counter along the open kitchen, tables embedded with teppan, paper lanterns adorning wooden frames and a separate room with tatami mats. As one writer put it, dining here is less about the food than the experience. 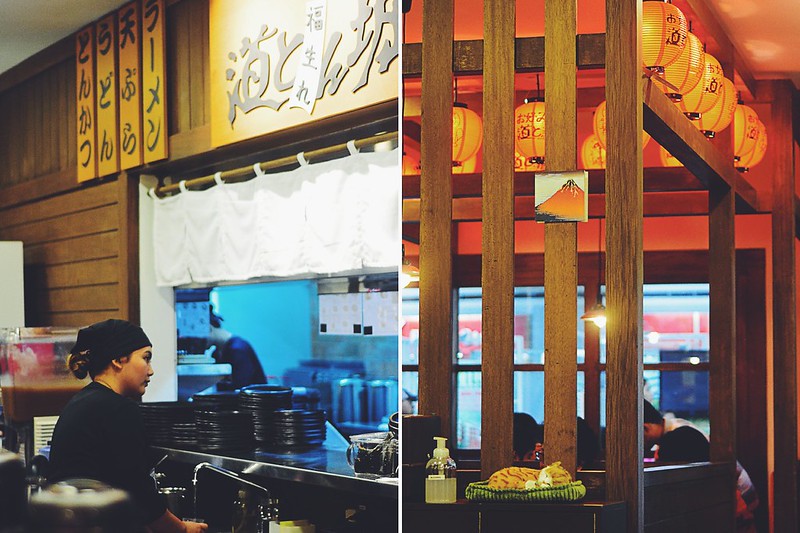 It’s not to say that the food here isn’t good. Dohtonbori, the latest in an increasing number of Japanese brands to arrive in the local restaurant scene, already has quite a following in its homeland, Taiwan, and Bangkok. This is actually the second Philippine branch, with the first one opened late last year in Greenhills. And since an actual trip to Japan doesn’t seem feasible in the near future, we make do with some Japan feels here to celebrate my birthday a few days in advance. 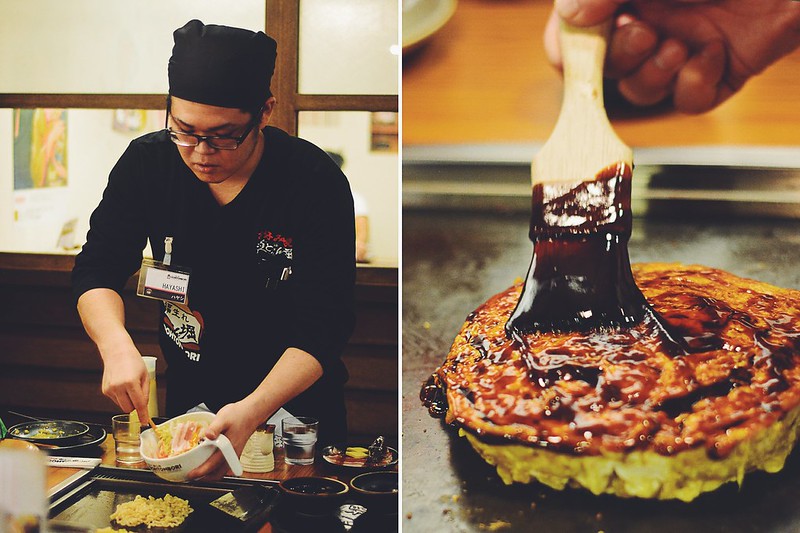 The restaurant puts the spotlight on okonomiyaki, a traditional Japanese dish that looks like a cross between an omelette and a pancake, often relying on a mixture of cabbage and meat or seafood. The dish is said to have originated in Osaka, where it is traditionally prepared by pan-frying the batter and other ingredients on both sides, usually on a teppan. The okonomiyaki is then brushed with a thick, brown sauce, drizzled with Japanese mayonnaise, and sprinkled with various toppings. Many okonomiyaki restaurants allow diners to grill the raw ingredients themselves, or, as in our case, with the help of a server.

Okonomiyaki has become such a popular fare in Japan that it has spawned numerous variations. Upon our server’s recommendation, we have the Modern Yaki Mix and Umigo. The former is basically the traditional Osaka-style yaki but with noodles added. The latter is seafood-based, with squid, shrimp, octopus, mentaiko (cod or pollock roe), and scallop as the main ingredients.

The orders we have are tasty and surprisingly filling, able to satisfy three of us with just one serving.

A less traditional choice would be the Quattro Formaggi Pizza, which uses flour dough as base, then topped with what the menu says is mixed cheese, cheddar, mozzarella and Parmesan. When cooked, the mixture is drizzled with caramel sauce. It’s an odd combination but it surprisingly works.

The menu is filled with other predictable choices like ramen and gyoza. There’s also yakiniku, where diners get to grill slices of meat. We have the cheapest, the pork yakiniku, which is served with butter.

Touches of Japanese pop culture, such as Doraemon toys, kabuki masks, and J-Pop playing in the background, add to the feeling of being inside a Japanese restaurant. It’s a good experience, and you leave the place full, happy, and slightly more knowledgeable about Japan.