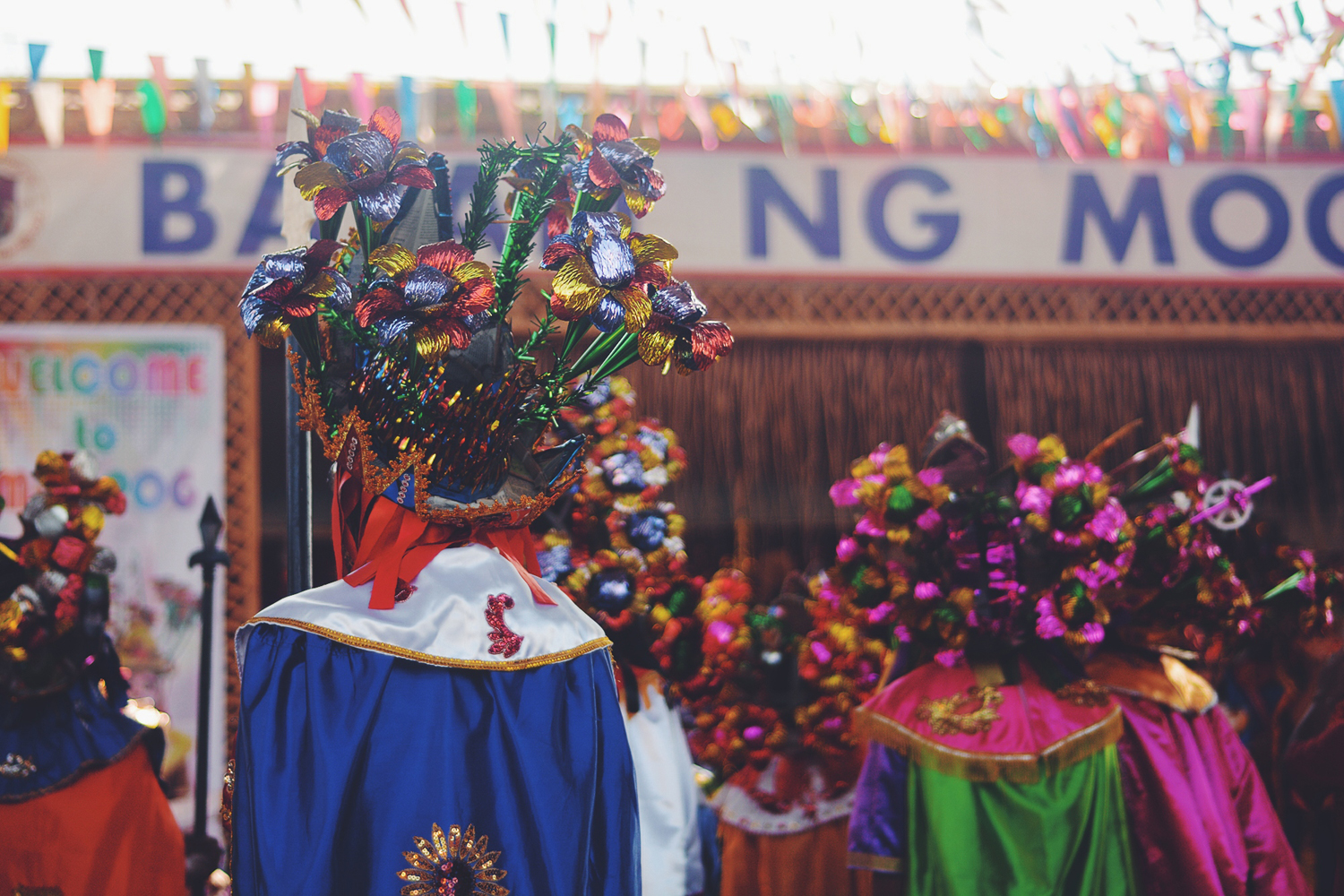 A WAVE OF MORIONES sweeps around the town of Mogpog as trumpets accompanied by steady drumbeats pierce the otherwise quiet place. The parade goes through the streets with the men marching under the blistering sun. They reach the covered basketball court in the town center and the music falls into silence. The crowd gathered at the venue erupts into a din of cheers and hurries towards the costumed paraders for the obligatory selfies.

Mogpog is an unassuming town that serves as the entry point to most travelers to Marinduque, with the Banacalan port located at the northwestern part. The town has a major role in history as well; it’s the birthplace of the Moriones, an annual festival held every Holy Week in the province to commemorate the legend of Longinus  – the Roman soldier who pierced Jesus’ side during the Crucifixion. The festival was first held in 1870, when the town was still a barrio within Boac’s jurisdiction, by a priest named Dionisio Santiago to attract more people to the Holy Week Masses.

Today, the event is held here with more religious fervor than in any other town in the island. Many of Mogpog’s residents join the parade, preparing their costumes months in advance, not as performers, but as devout Catholics who are committed to fulfill a religious vow.

“It’s my panata,” says Emerlito Montecarlo, who has been joining the town’s procession for five years. “I want to thank God for all the blessings He has given me, and this is my way of showing that gratitude.”

The announcer on the stage speaks through the microphone, and her voice echoes through the court through the speakers. She instructs each participant to group themselves, with men falling in one line, women in another, and children in yet another. The participants do as they are told.

Today the festival connects the residents to their ancestors with their shared faith. And it tries to connect them to visitors to who they are today when they celebrate the Passion.