I’ve been frequenting Makati for the past two months, in part because I’m familiarizing myself with the city again as I’m set to not just work here, but probably also to base myself. It’s a start of a new chapter, and one I’m really excited about. It’s in this light that I choose to dine in Royal Indian Curry House one weekend evening with my brother Joseph (who has started working earlier this month in the same company I’ll be working), Dave and Kind.

When Royal Indian Curry House, or R.I.C.H., opened late last year, it was one of the newest dining establishments in the area, which has become a sort of a United Nations of restaurants and a favorite hipster hangout. The five-floor building is in a street near the A.Venue Mall, tucked between other more conspicuous establishments. The signage is not easily visible especially at night that we have a hard time locating the place and nearly enter the adjacent bar. 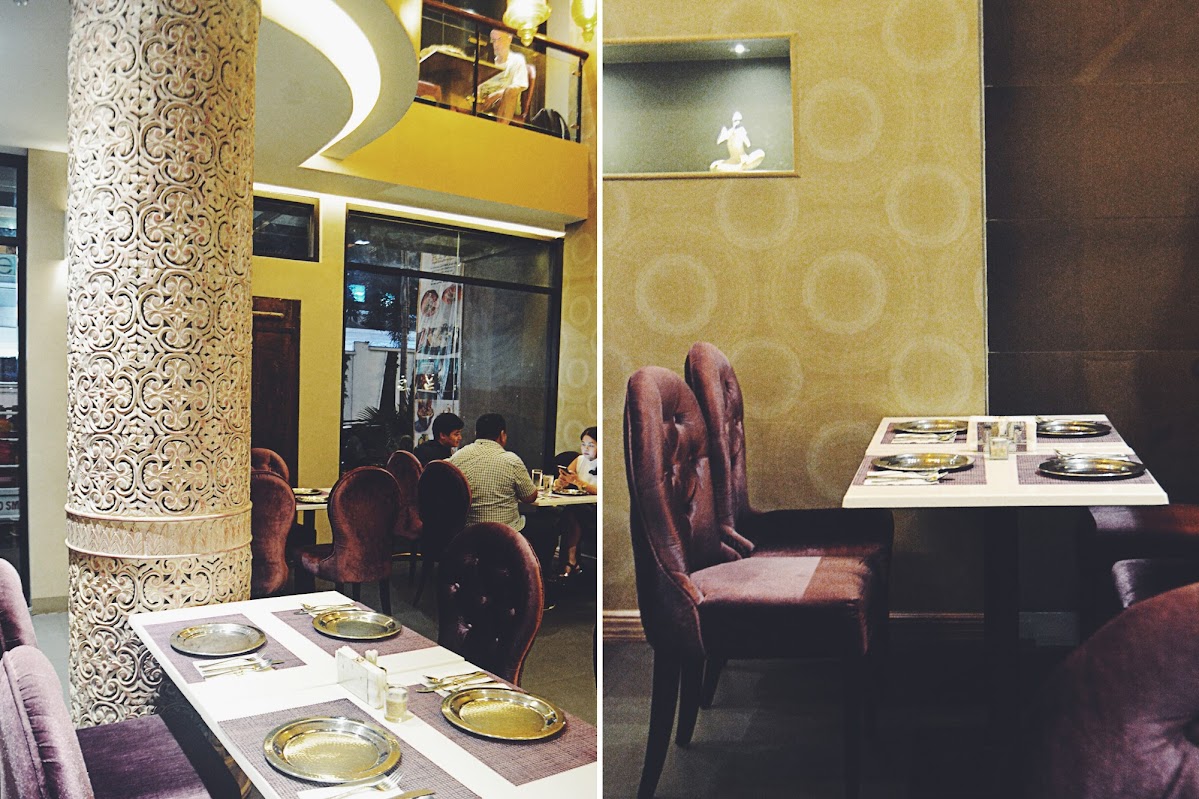 Upon entering, the staff greets us and ushers us to our table, and the ornate pillars and cushy velvet seats make us feel right at home, though the elegant utensils and overall elegant vibe of the place and the other diners makes us feel underdressed.

R.I.C.H. draws from India’s (and South Asia’s) rich cuisine, which means, just as with many other Indian restaurants in Metro Manila, the menu is long.

We start with the samosa and the Kathi Roll. The former needs no introduction to diners who have had a brush with Indian cuisine, though the latter will only be familiar to those who are more acquainted with subcontinental dishes. It’s actually a popular street food in Kolata, where chunks of chicken marinated in spice are straitjacketed in wrap and stuffed with vegetables.

We can’t go to a curry house and not have curry, so we order Mutton Rogan Josh, a pan of beautifully slow-cooked lamb in a cumin-heavy tomato stew. It’s a popular Kashmir dish with Persian origin. Meanwhile, the Hyderabadi Biryani – the form of biryani commonly prepared in the southern Indian city – has biryani rice, meat, yogurt and spices, sealed in a claypot with naan.