Just a couple of years ago, Vietnamese food in Metro Manila was generally limited to pho and spring rolls that the banh mi and Vietnamese coffee were some kind of secret things you hear from in-the-know circles. How things have changed.

The banh mi has caught on with more people now, and though it’s not as trendy as, say, ramen, the humble Vietnamese sandwich is more accessible now with more stores dedicated to serving it. One such establishment is near our office.

That spot in question is DiCofi, where I find myself one afternoon after work. It’s a little space exuding a homey vibe, which I find conducive as I try to loosen up. Plus, it’s on a street that sees very little car and foot traffic, so it’s a great place to revel in the calmness of the afternoon just before the mad rush of homeward commuters spill out of the buildings. 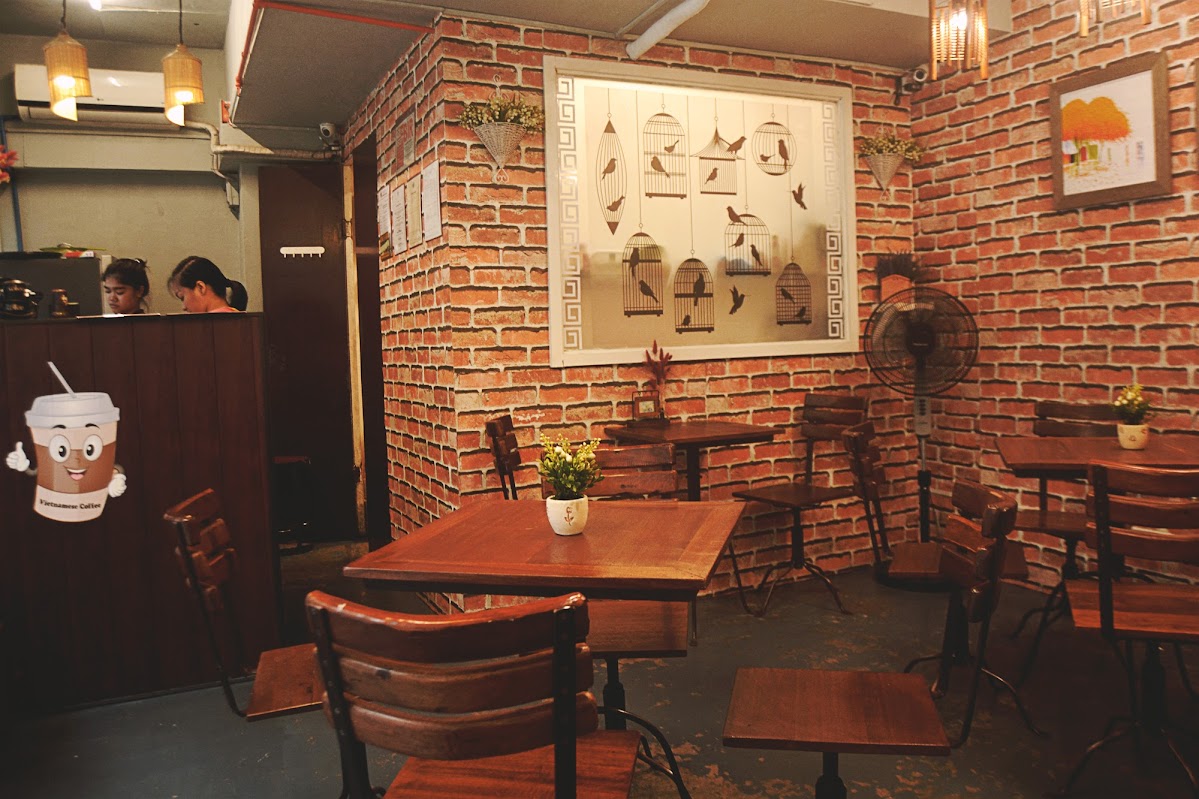 Needless to say, I have the Vietnamese iced coffee, which the menu says is the best-seller, and the DiCofi-style banh mi. Banh mi is basically a reminder of French rule in Vietnam. It’s a sandwich that starts with a whole baguette, then dressed with an aioli spread and stuffed with various fillings, most commonly barbecue pork, fried tofu and thick-sliced ham. This particular iteration has fried egg and hot sauce.

I also have the Vietnamese Pizza, which is basically flat omelet topped with ground pork, chicken, egg, pork floss, shrimp and butter. The texture is weird, somewhat similar to okoy, and the taste is hard to pinpoint.

It’s a lowlight, yeah, but the coffee and banh mi are enough to justify a return visit another afternoon.