If you’re a vegan and you find yourself hankering for pizza, you can order the Garden Special at Yellow Cab without cheese (apparently, yes, you can do that), or you can try any of Indulge’s pizza variants. Their homemade pizzas are all plant-based, but it won’t make you miss the regular ones. 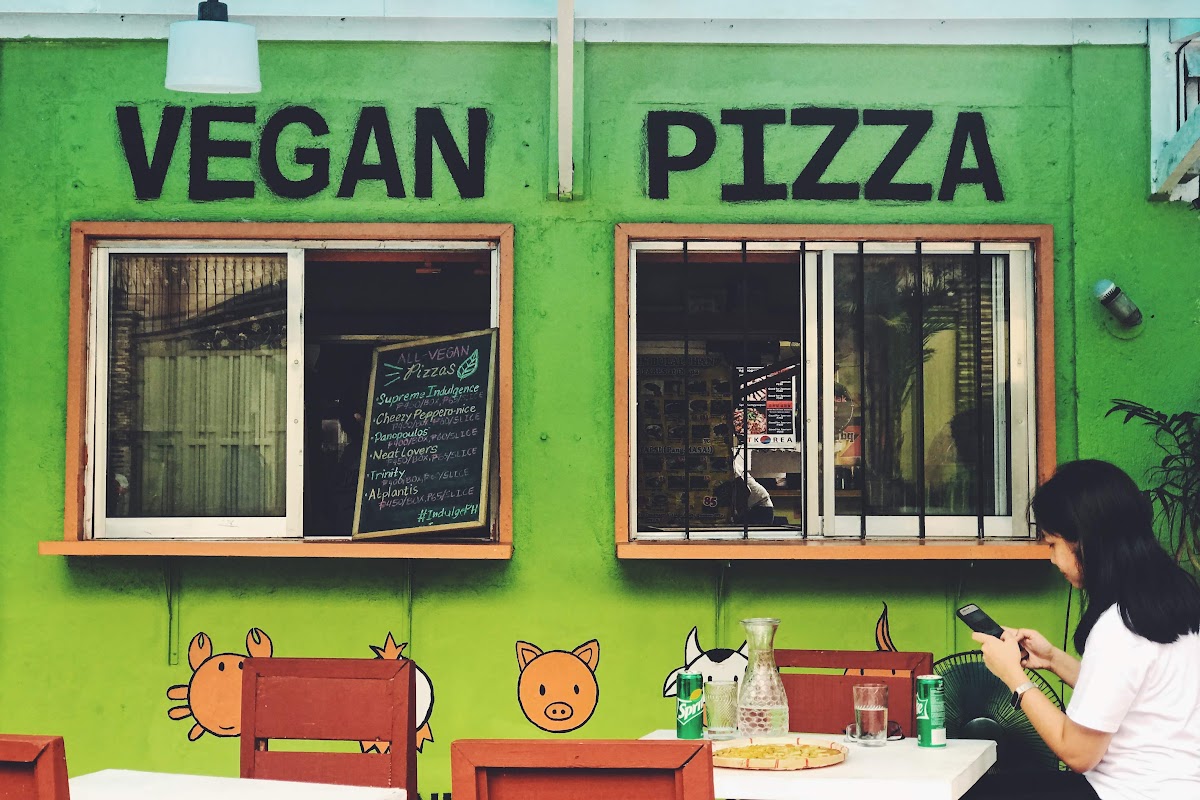 Indulge was only available in a weekend market in Mandaluyong, but it has always been delivering throughout Metro Manila as well as nearby provinces. Still, it was only a matter of time before they set up a brick-and-mortar store, and earlier this month, that exactly what’s happened. Dianne and her boyfriend, the couple behind the pizzas, finally opened their store in Z Compound, one of the pioneers in Metro Manila when it comes to the food park concept.

The usual pizza variants are all here, and every week there’s a special flavor. In the weekend that we are here, the special is the shawarma pizza, which is a tasty rendition of the Middle Eastern favorite. Admittedly, it’s a bit heavy on the wallet, with each pie at PHP 400 to PHP 450 depending on the variant. But it’s really good and fulfilling.

Indulge also uses Lala Move for delivery, which charges a significant delivery fee, the exact amount of which depends on your location. But as mentioned, the pizzas are good (it took a while for me to get acquainted with the taste of vegan cheese, though), are well worth the occasional splurge, and are all great companions while binge-watching the latest Netflix release.