Here’s another dining place in Makati that I’ve been frequenting to but haven’t gotten around to writing about. Hummus Elijah is a vegan-friendly spot in the heart of the red light district of Poblacion and is one of the most popular places per TripAdvisor and Zomato users.

It’s a blink-and-you’ll-miss space since the signs aren’t visible from the street. Unless you know what you’re looking for, chances are you won’t find the door right away. Add to that the fact that the restaurant itself is on the second floor of a nondescript building. 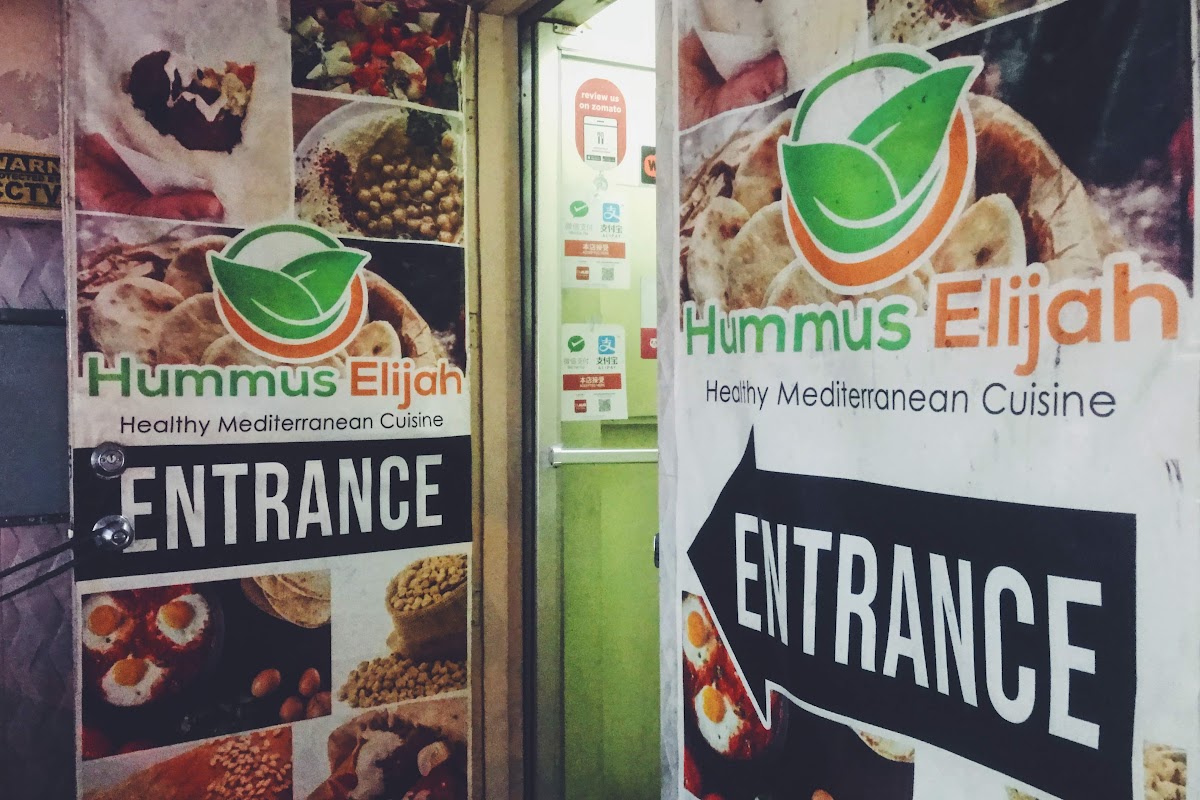 Still, on a weekday afternoon, it’s a busy place with mostly foreigners occupying the tables. Its interiors resemble a typical hole-in-the-wall with framed pictures of their dishes. There are also card games and some old magazine titles on a shelf, as well as some Turkish items (coffee and spices, among others) for sale. 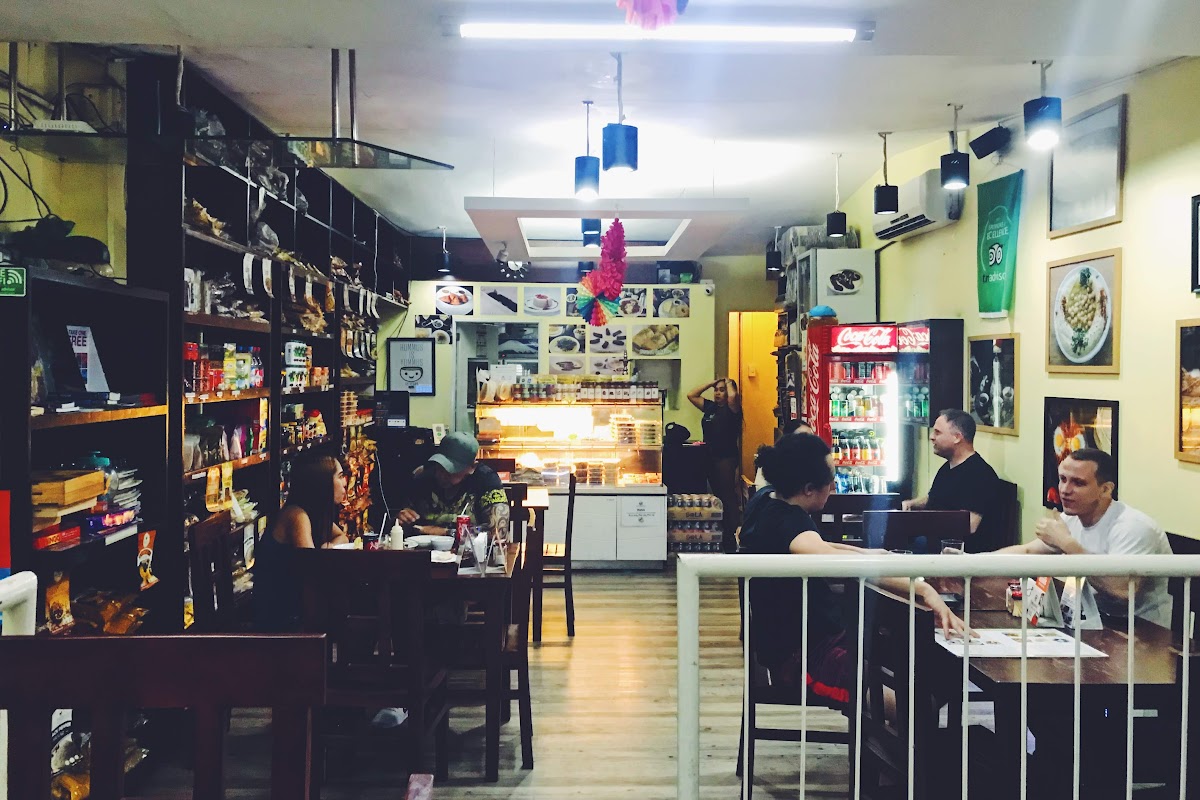 Except for a handful of items that contain egg or dairy, Hummus Elijah is vegan. The menu revolves around the chickpea-based hummus and falafels, both staple of the Middle Eastern/Eastern Mediterranean diet. The centerpiece is obviously the hummus, a dip made from mashed chickpeas and blended with olive oil, tahini (sesame-based paste), lemon juice, and garlic. The creamy dip is served with one or two pita bread, depending on which size you order.

There’s some debate on which falafel is better – Beni’s or Elijah’s – but I’m not one to take a side here, given my imperceptive tongue. Let’s just say that having five of these chickpea balls along with a bowl of Mediterranean Salad (basically diced tomatoes, cucumber, onions) makes for a relatively guilt-free afternoon snack (or even an early evening meal).

Hummus Elijah also has a stall at the Petron gas station in Chino Roces across the ComFoods building (near the “Washington” jeepney station), which makes their falafels more accessible for commuters plying the Buendia-Pasay route.