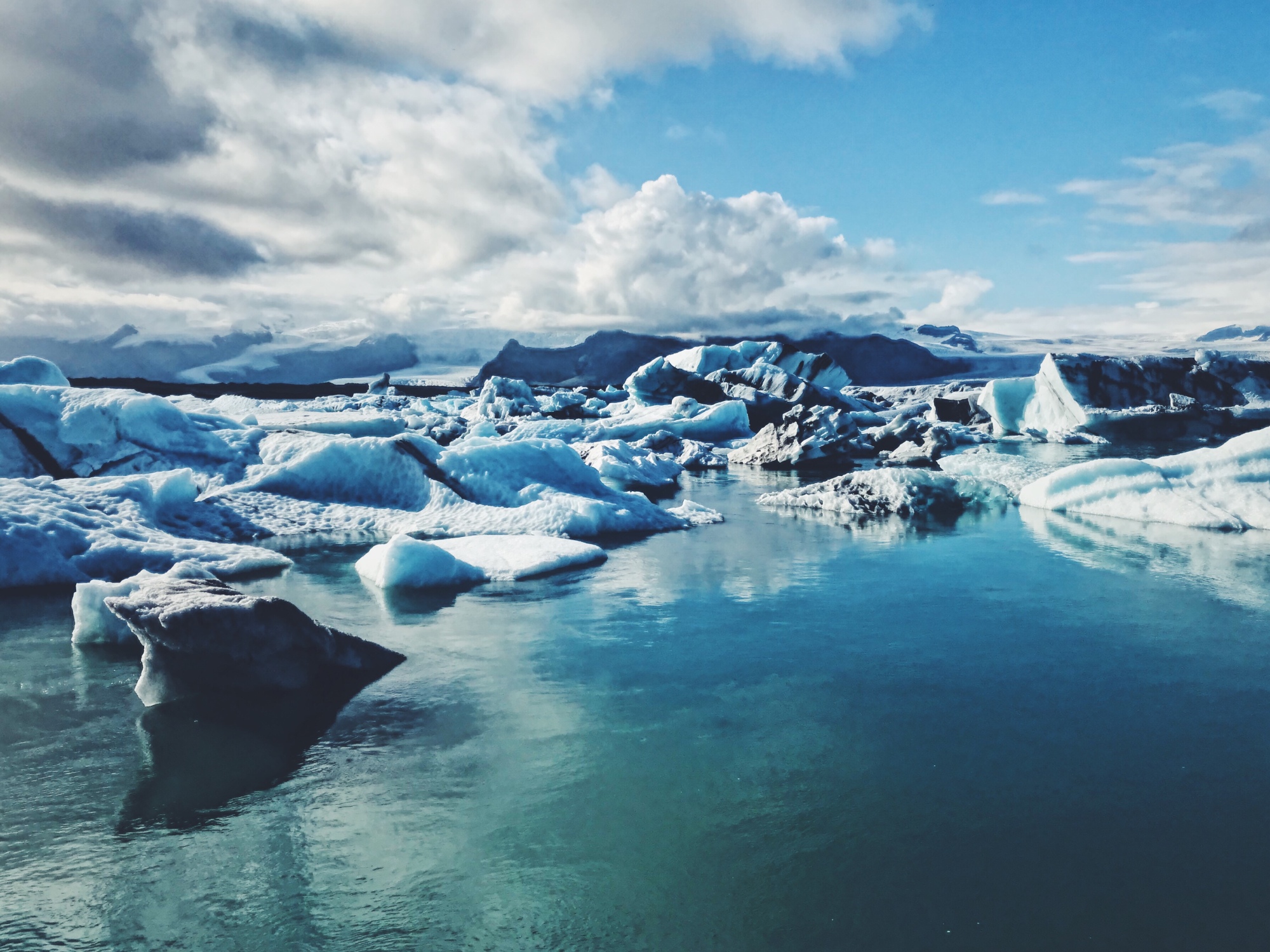 IN THE AFTERNOON WE REACH THE JÖKULSÁRLÓN GLACIAL LAGOON, where a host of blue icebergs drift through a lake between Skaftafell and Höfn. It’s a sight so surreal that it makes me forget we’re just right beside the Ring Road.

The lagoon is the head of the retreating Breiðamerkurjökull glacier, an outcrop of the Vatnajökull glacier, which towers 910m above the lagoon. The icebergs eventually wash up on the black-sand Diamond Beach. Lake Jökulsárlón itself is a recent creation, having been formed in 1935. Still, its depth of 248 metres makes it the deepest in Iceland and its surface area of 18 square kilometres makes it one of the largest.

Jökulsárlón’s photogenic quality has led it to starring roles in James Bond films A View to Kill and Die Another Day, as well as in Lara Croft: Tomb Raider, and Batman Begins.

Boat tours are offered in the vicinity, taking visitors closer to the icebergs. Our group is divided into two, where one does the amphibian boat tour and the other the Zodiac boat tour. Yanyan and I, along with seven others in our group and maybe a dozen other visitors, join the former, which takes us on a cruise through the lagoon for about 40 minutes. Our guide, Michael, briefly discusses the history of the glaciers before crushing a chunk of ice carved from one of those. He then distributes the tiny pieces for us to taste. The ice tastes like, well, water.

The other members of our group, on the other hand, join the Zodiac tour, which involves a smaller boat, and is thus more personal. It takes them closer to the glacier, which allows them to see seals resting on the icebergs.

Their tour takes much longer to finish, though, so we go ahead to explore the Diamond Beach, which gets its name from how the icebergs that wash up on shore look. Their glistening appearance contrast with the black sand, a disparity so striking it just begs to be photographed.