It’s around 3 in the afternoon, and I have spent the last half-hour alternately dipping myself in the ocean water and walking along a pebbly beach. My parents, my sister, my brother, and two kasambahays are eating late lunch of adobo and grilled fish. We’re somewhere south of the Isla Grande in the municipality of Pagbilao, Quezon Province. It’s a tranquil place, if not exactly a paradise (plastic trash appear in the water every now and then as I snorkel), and a nice spot for us after five hours on the road (and about 30 minutes more on the boat).

Two weeks earlier, I celebrated my birthday, and this trip was supposed to be on that day. But my sister was contacted by the Leni-Kiko Volunteer Center to cook for an event with the vice president’s meeting with the urban poor (we’re volunteers in her presidential campaign) on the same day, and it was an opportunity we couldn’t pass up. So my birthday was spent in that event and having a selfie with the vice president herself.

And then a few days later, my brother finished his long-awaited bar exams, which was postponed numerous times since November last year. We thus found a weekend road tripping with our parents a fitting treat for him to unwind. 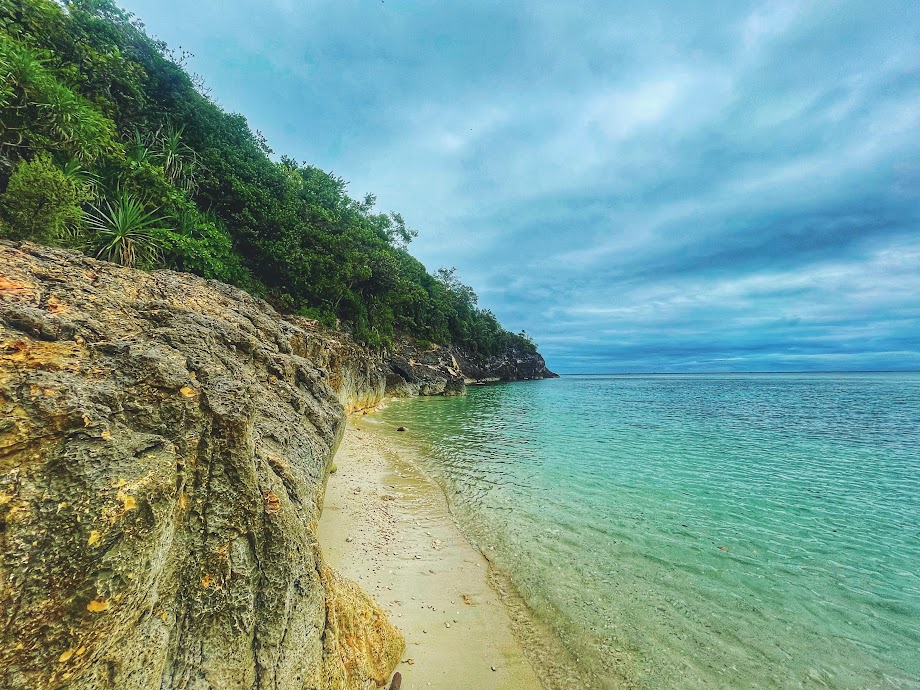 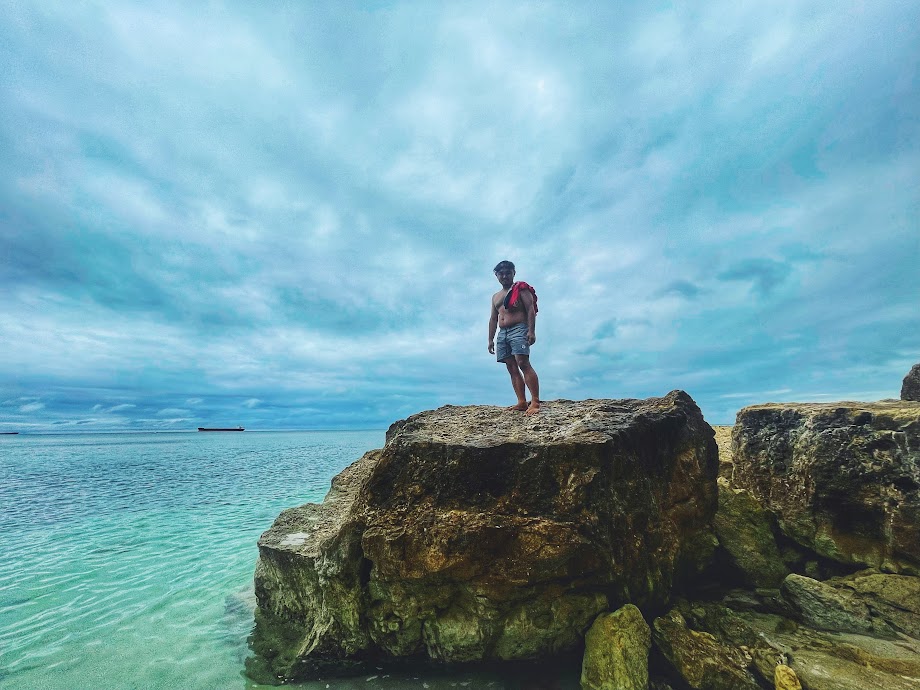 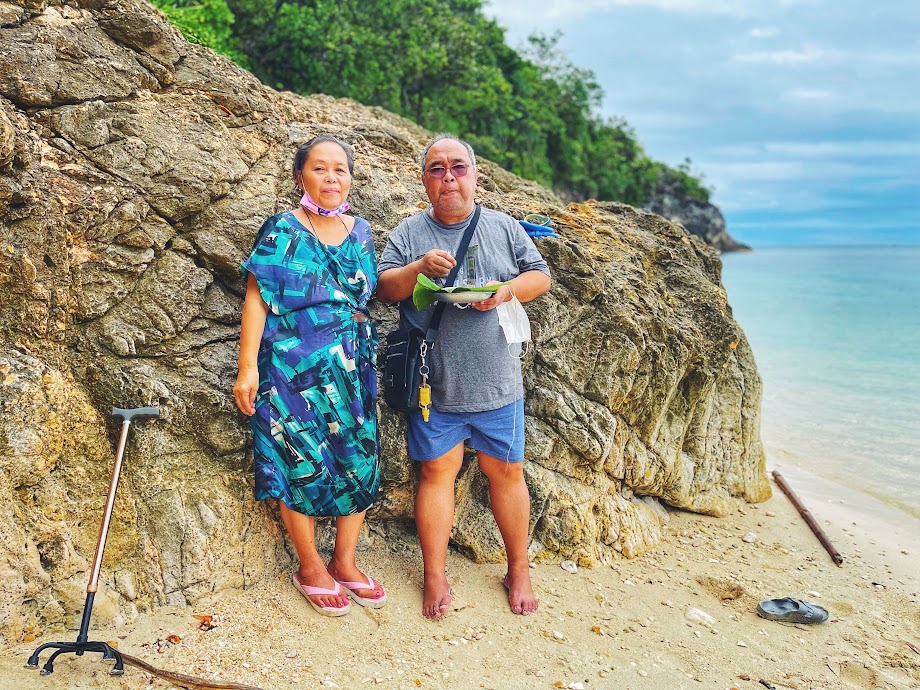 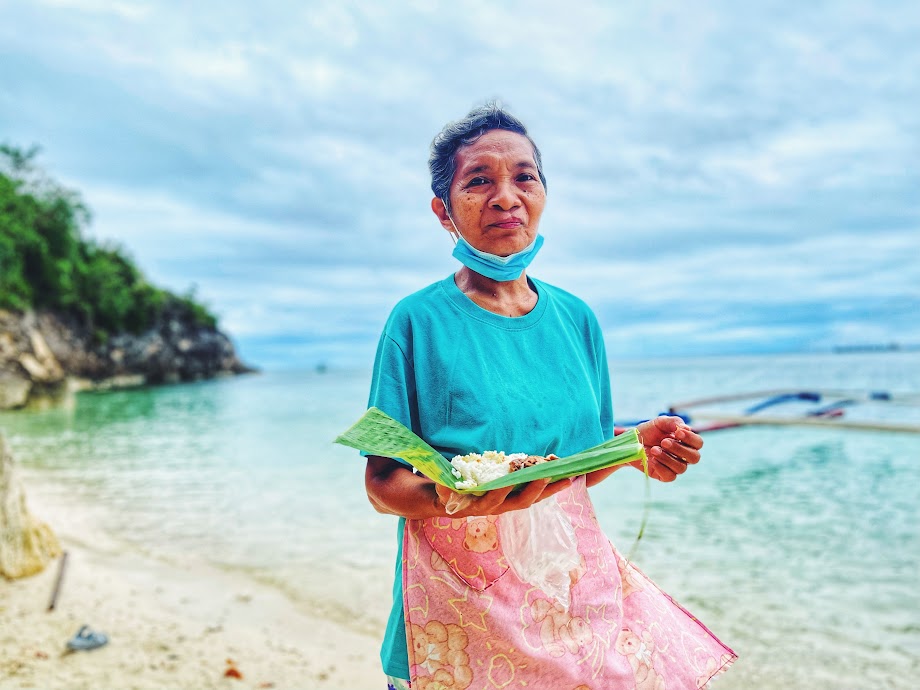 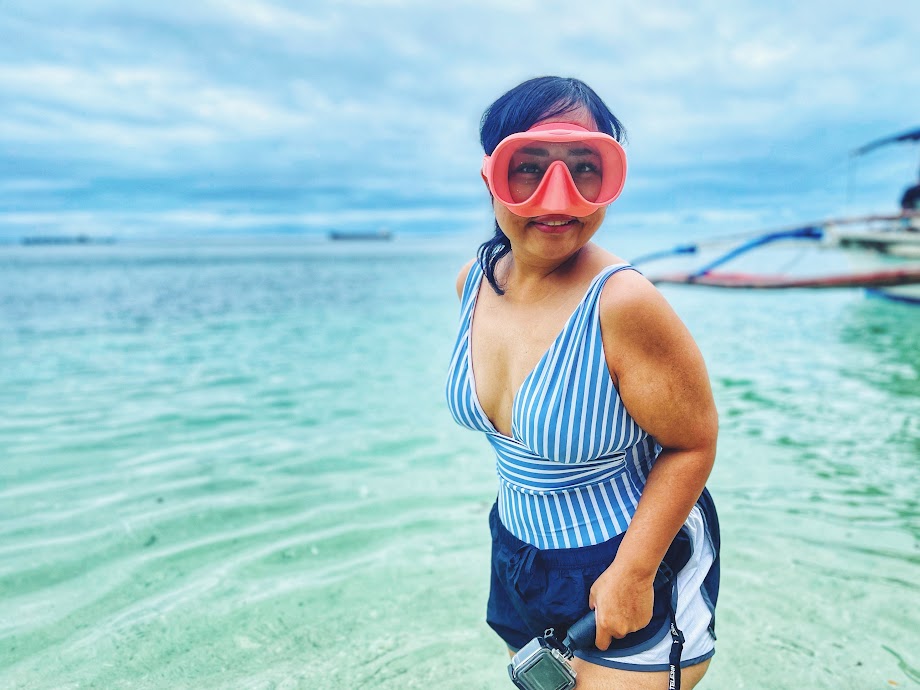 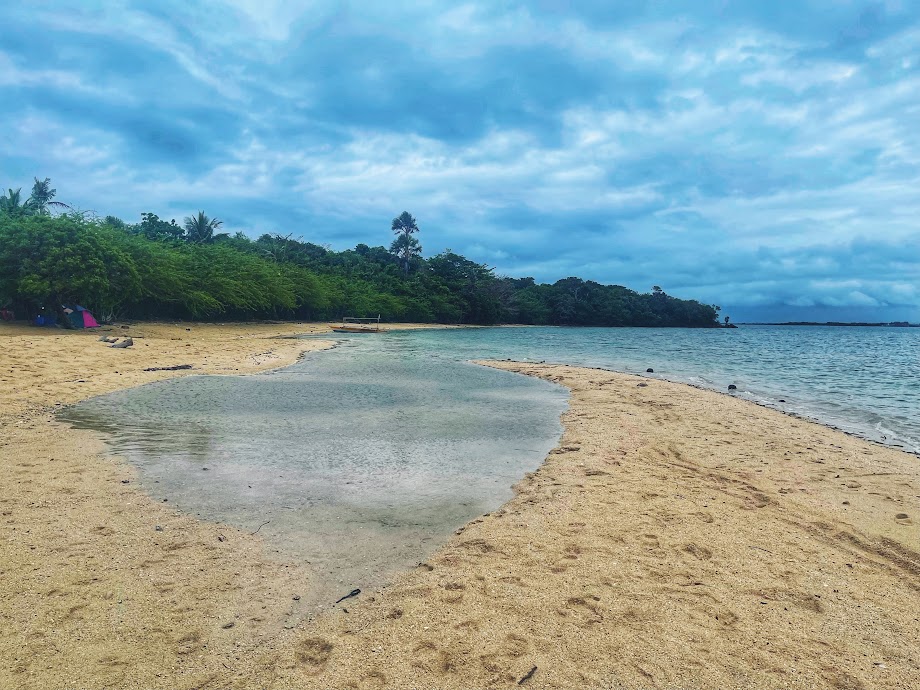 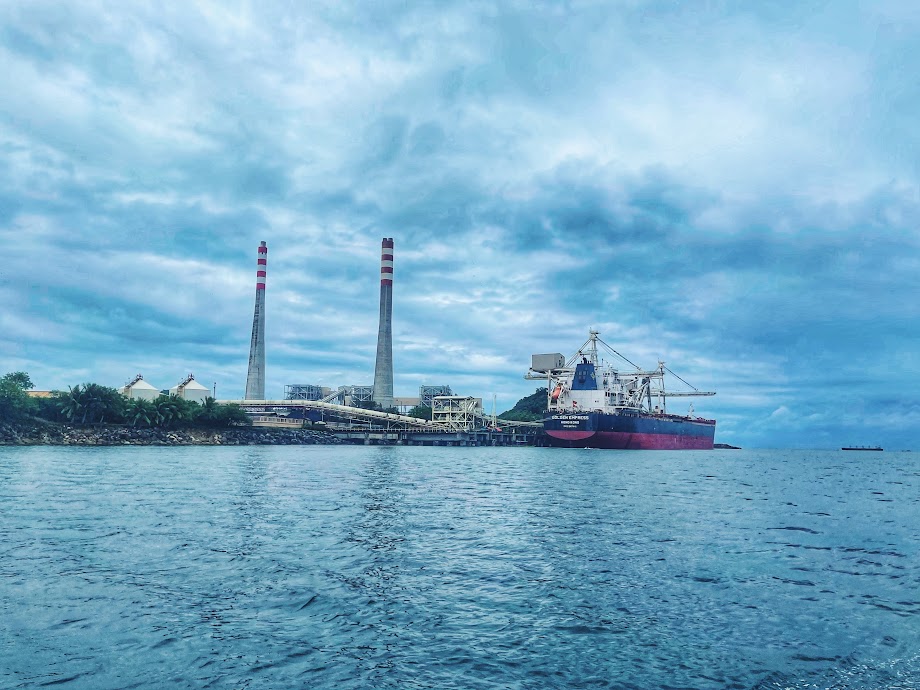 Quezon Province as a whole is a refreshing destination, far enough to escape the tourist saturation of destinations near Metro Manila, but also near enough to be apt for a weekend getaway. Pagbilao itself is just east of Lucena, the provincial capital, though it feels farther, especially when you get to the Isla Grande, the small island jutting out of the mainland’s coast.

Kuwebang Lampas refers to the cave south of the island, which can be reached from a private beach during low tide. Otherwise, as with today, we ride a boat to reach it as well as a patch of white sand beach cut off from the rest of the coast by large rocks.

The southern portion of the island is also home to the Pagbilao Power Plant, a coal-powered thermal plant. The artifice of the structure and the old ships moored near the port are, honestly, a blight on the otherwise bucolic surroundings. 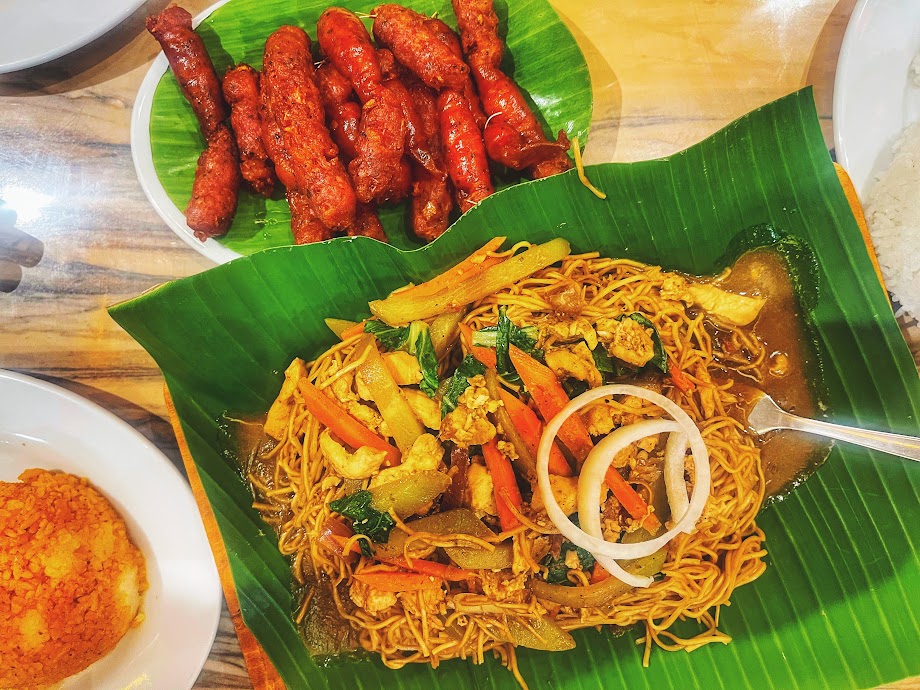 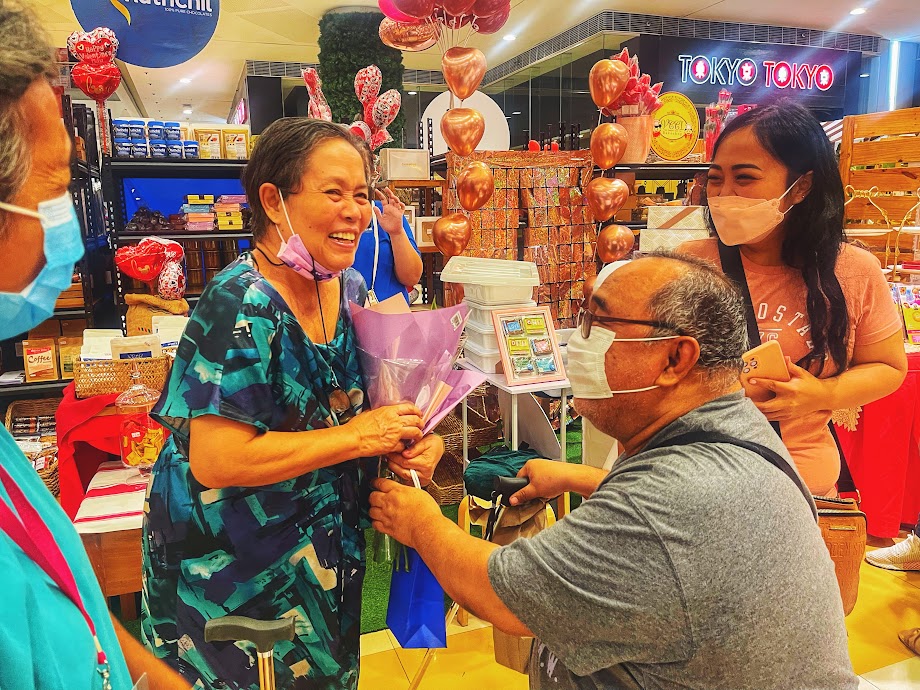 Back at Lucena about two hours later, we have dinner at a Buddy’s branch in SM City Lucena. Buddy’s is a popular local restaurant serving the famed pancit habhab and Lucban longganisa. Then, we hang around the mall, goofing around with the Valentine’s season around us.