Early the next morning, I ride a van to the other half of Sarangani. My destination is Maitum, a quiet, bucolic town just before the road crosses to Sultan Kudarat province. As with Alabel, there’s not much to do here. But unlike Alabel, Maitum has cultural artifacts that put the town on the map. These are the anthropomorphic burial jars discovered in a cave by a Philippine archeological team in 1991.

These jars, which resemble human figures with facial features of Mindanao’s ancient inhabitants, were described as “unique” by archeologists from other Southeast Asian countries. Radiocarbon dating place the creation of these jars to 5 BC to 370 AD. Many of these jars are now housed in the National Museum, though a couple are in the museum area of Maitum’s municipal hall (second floor of the lobby). The museum also has a diorama that shows the positions of these jars when they were found in the cave. 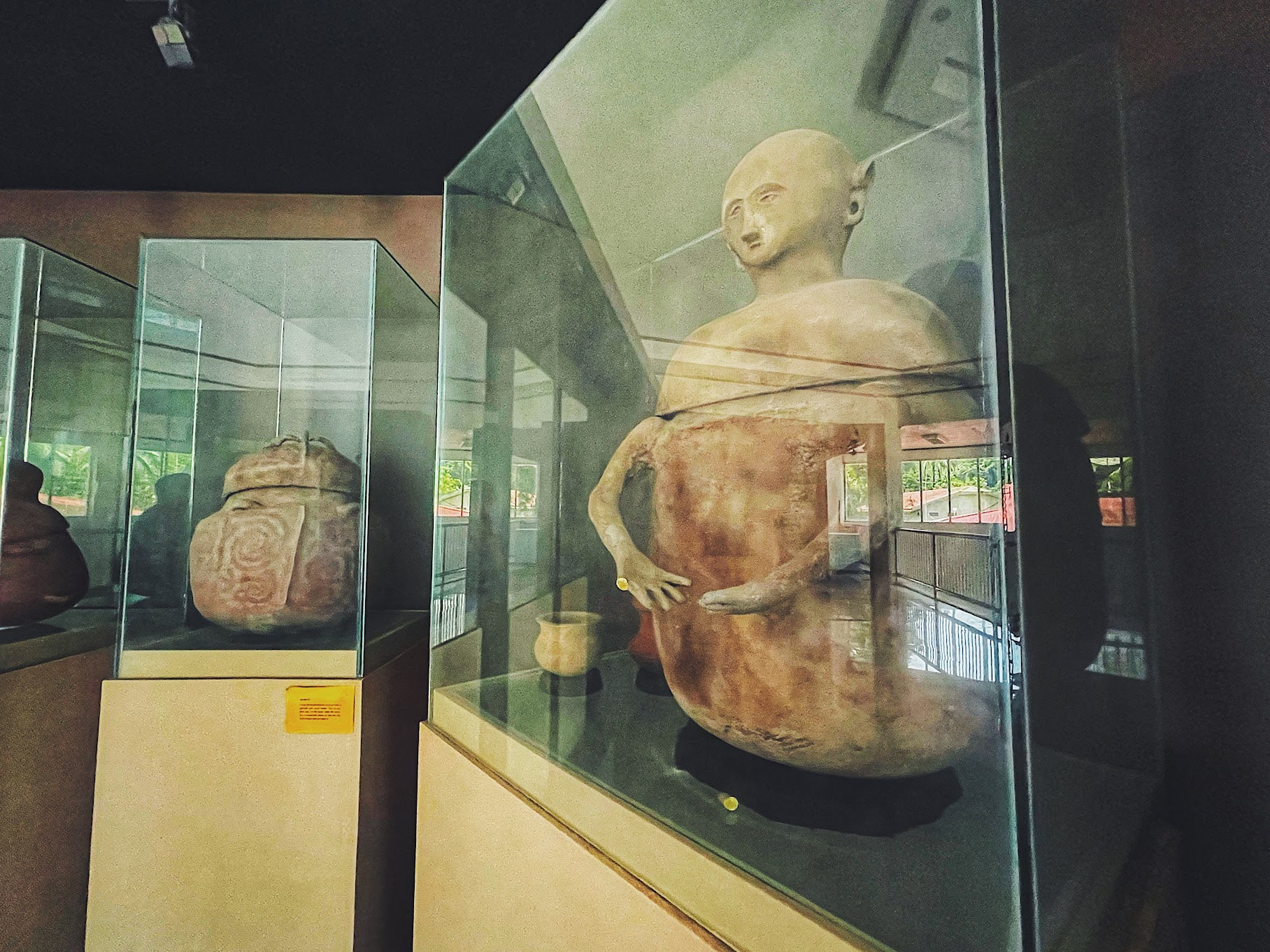 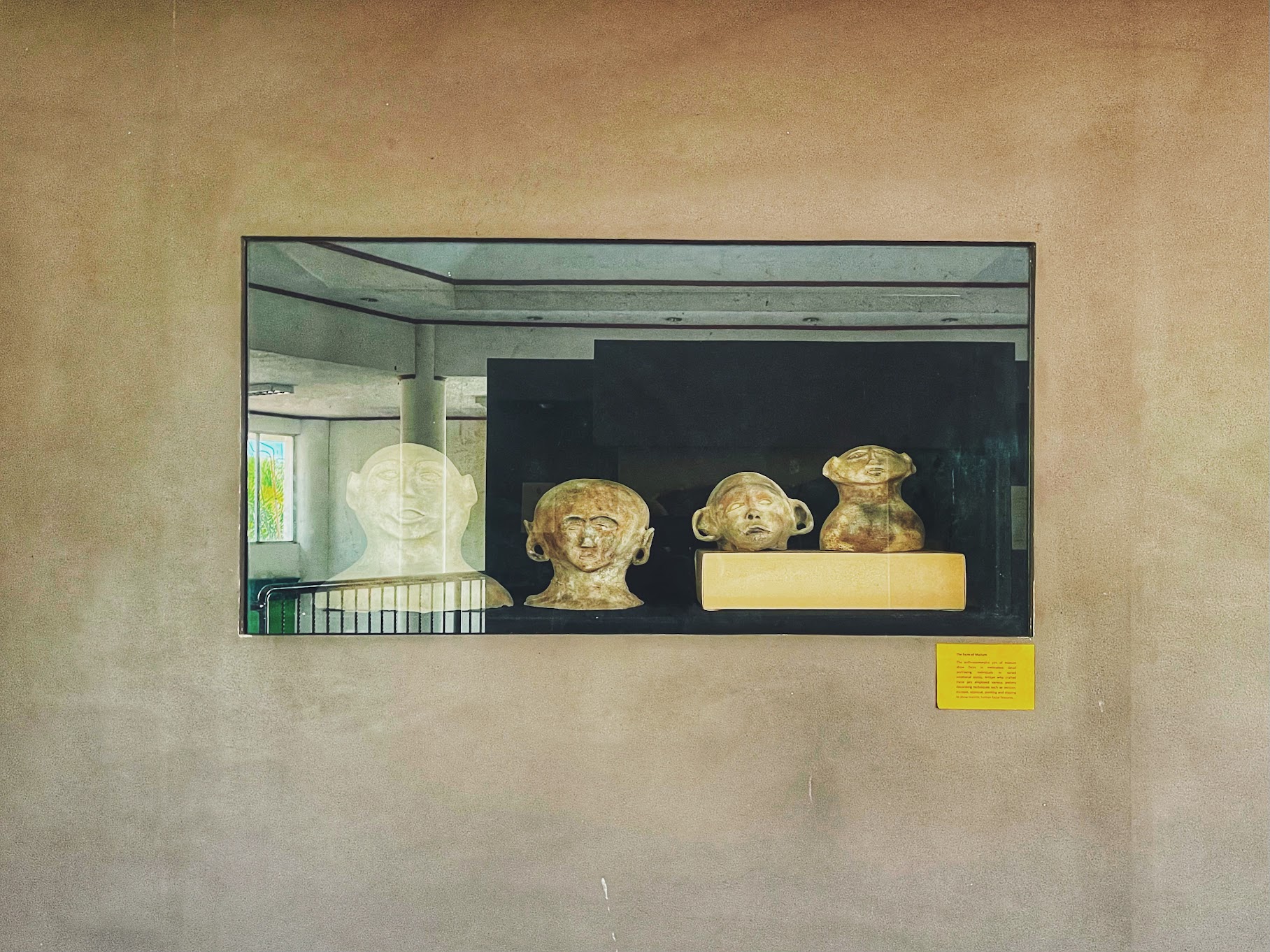 After having my fill of some historical and cultural tidbits, I go outside and explore the park right next to the municipal hall. The figures that dot the park are interesting — the butterfly-shaped seats, for example — and is a clear step up from the drab vibe of Alabel. But it’s noon and the park lacks shade, so walking around turns out to be a matter of endurance.

As my head starts to ache from the heat, I walk over to the transport terminal and hail a tricycle to the beach. 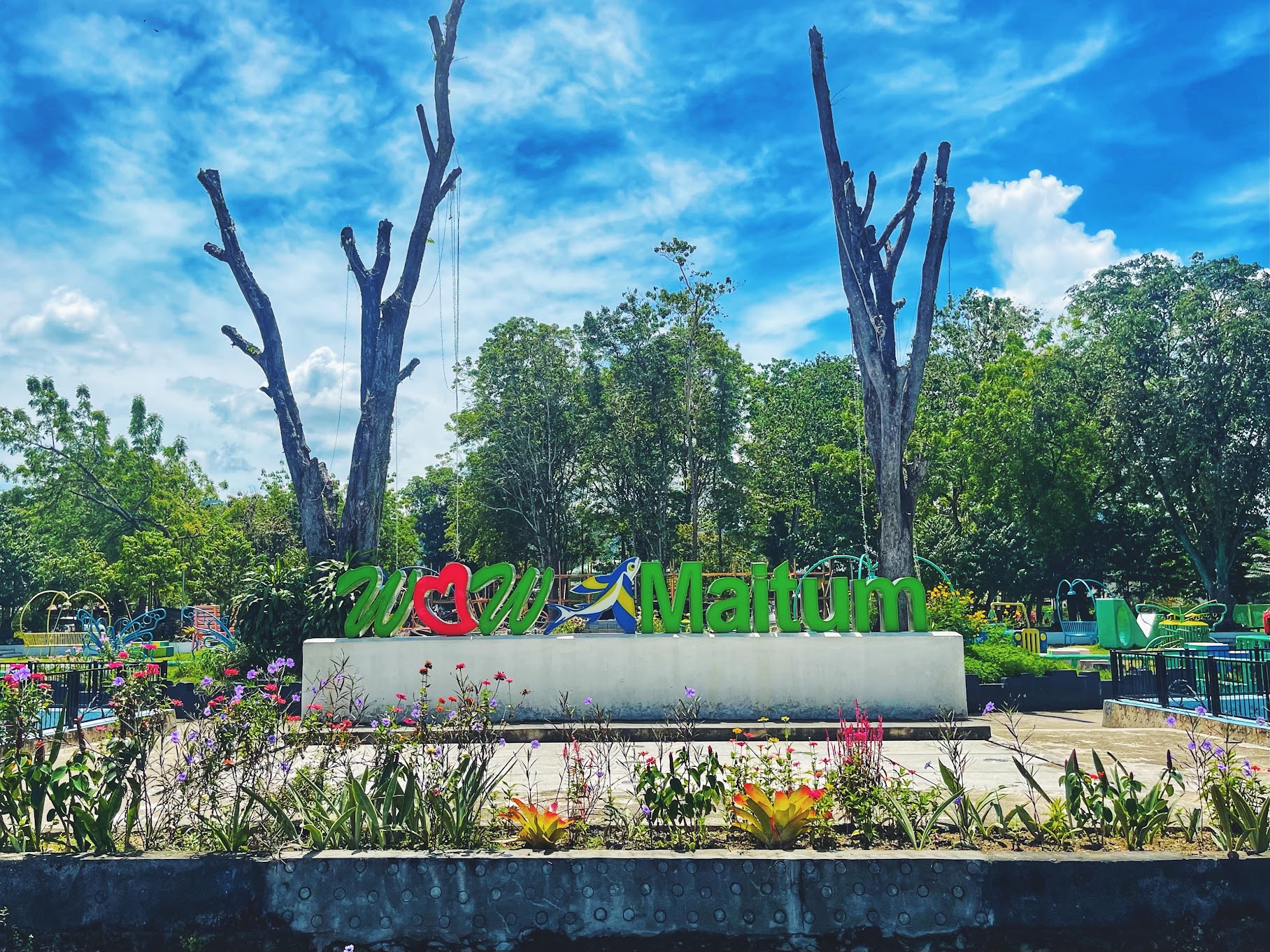 The beach here has a much mellower vibe than in Alabel, partly also because the waves are calmer today. But it also has to do with the soporific atmosphere of the seaside town. A few families are chitchatting over home-cooked food while some of the children are horseplaying in the waters.

I walk along the shore for a few minutes and eventually reach the fish port complex. For a place described as a “complex,” you would think that the place would be teeming with people. But other than two men fishing at the edge of the complex (and me as well), there’s nary a soul. 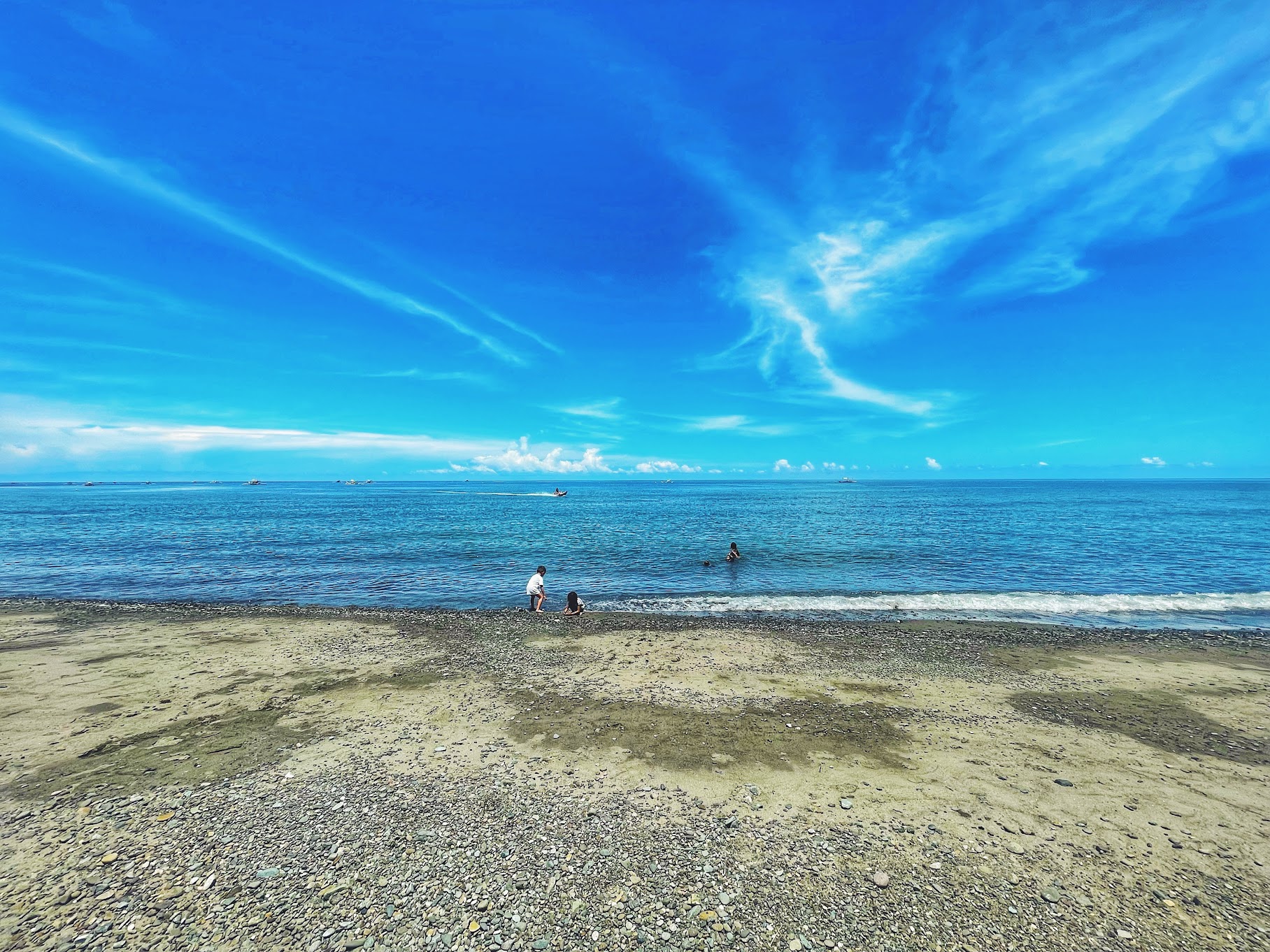 Since tricycles are as rare as a dolphin sighting, I walk my way back to the transport terminal. It’s nearly a 3-kilometer walk, though I don’t mind since I’m rewarded with another set of views of the rice fields. I finally reach the terminal, order a few pieces of bread, and, after eating, ride the van for another 2-hour-or-so trip back to GenSan.