There has been a change of plans, and I am invited to the wedding after all. So after the weekend in Sarangani, I ride a bus to Davao City on Monday morning. The trip takes a bit more than three hours and reach Davao City just in time for a late lunch. I meet my parents in the hotel and spend the rest of the day walking around the area.

The wedding takes place the next day; the morning after that, on Wednesday morning, we set out to travel again. This time, we’re with Pastor Rod and his wife, Ate Salving, a couple I’ve known since I was little. Pastor Rod and his family lived for sometime during the early 90s as our neighbor, and their two youngest kids, both of whom are now married abroad, were my playmates back then. Today, they decide to join us, and riding in Pastor Rod’s vehicle, we drive from Davao City through Davao del Sur, a couple of towns in Maguindanao, and Tacurong in Sultan Kudarat, finally arriving in Koronadal in South Cotabato to visit Pastor Rod and Ate Salving’s new house. Shortly after, we drive for GenSan and stay at a budget hotel outside the city center.

Early the next morning, after another visit to another friend of my dad, we set out for Glan, the southernmost town of Sarangani (I would have said “of the Philippines” before realizing that there’s also the Municipality of Sarangani, which is an island below and administratively part of Davao Occidental). Specifically, we’re headed for Isla Jardin del Mar, a resort near Gumasa Beach, the most famous strip of the sea in this part of the Philippines.

It’s about lunchtime when we arrive, so after sorting our business at the front desk, we head to the restaurant. And since I’m in Sarangani, I have kinilaw na tuna and tuna belly. I then explore the beach. It’s too hot and the tide has receded too far from the beach, exposing large rocks. It’s really not the ideal time to swim, so instead, I follow a trail that winds along rocky outcrops that extend to both sides of the beach. The waters, especially in the eastern part, is really clear, I can see the sea floor looking down from a platform about three or four meters above.

About half an hour later, I return to our cottage, and after a few minutes, we start the drive back to briefly explore parts of the town. 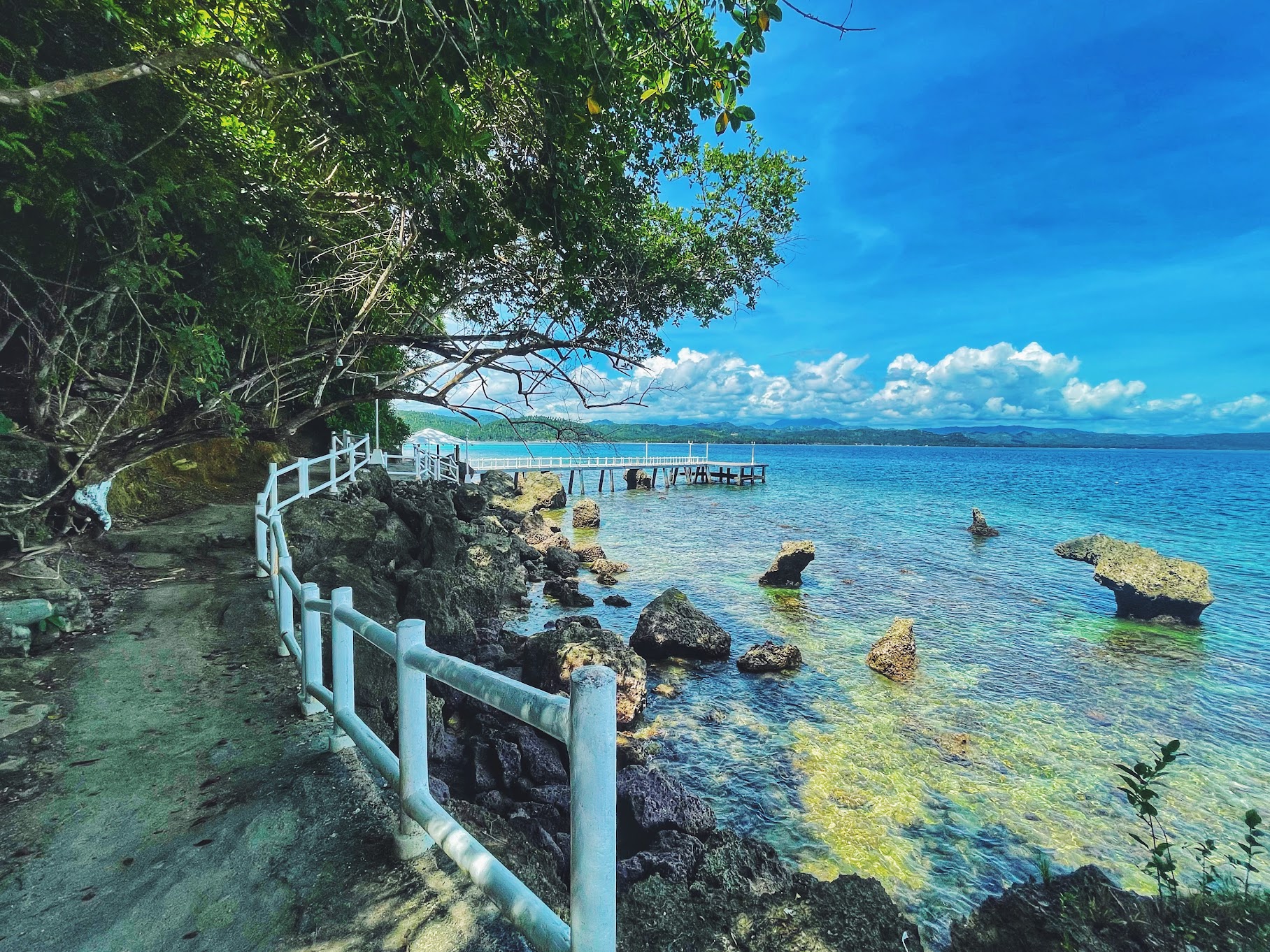 Along the way, we stop by the Glan Municipal Hall in the town center. It’s nothing special, though there’s a nice statue in front of the building, with figures of locals doing something like a traditional dance. We then stop at the Tour Town Glan Monument about 13 kilometers from the town center. It has a nice viewpoint of the Sarangani Bay, and from here you can get a wide-angle perspective of this part of the province: beach on one side and the mountains on another side. And then we drive again back, stopping by the Malapatan Municipal Hall — Malapatan is a town between Alabel and Glan — and the provincial capitol in Alabel to have some photo ops. It’s a smooth ride to GenSan the rest of the way.