It’s been almost a year in the making. Late last year, a plan was hatched between me and my former coworker Diane during a conversation over cups of coffee: we’re going to Bantayan Island. The last time we traveled together was when we hiked Mt. Maculot in early 2017.

Many things have changed since then. Foremost of which is now she’s a mother to two-year-old Joshua, so of course our planning would be significantly different from our previous trip. Furthermore, Diane’s mom also is also going with us. Which is why it was a bit difficult because it was my first time planning for other than me and a single companion. But I did it nonetheless (yay, me)!

The trip was supposed to be in October because Diane, her mom, and Joshua all celebrate their birthdays in this month. But we had to reschedule to November since I was still recharging both physically and financially from our trip to Illinois in September. (I was also supposed to go to Fiji in October, but I belatedly realized that the credit card transaction for the plane tickets did not push through and I did not have the actual tickets, just the itinerary. So instead of buying the then-already expensive tickets, I decided to postpone the trip at some time in the future.)

Bantayan Island is really a nice place to get off the grid for a few days! We arrive here after a three-hour bus ride from Cebu City and another hour on a ferry, arriving at our resort at around 4 in the afternoon. I was actually expecting a small isolated island, kind of like Balicasag in Bohol, but it’s actually large-ish with several towns. We base ourselves in the tourist town of Santa Fe, where numerous resorts, restaurants, and souvenir shops are located. The beaches here are okay, and establishments are within walking distance of each other.

On our first morning, we go on a boat trip to Virgin Island, which is somewhat of a misnomer since it’s been developed into a sort of a private resort. But the turquoise blue waters and powdery white sands here is what I’ve been expecting of Bantayan Island.

There are other islands in the vicinity that offer snorkeling and freediving opportunities, but we content ourselves with Virgin Island since we are in a tight budget and have a child in tow. So we spend about two hours just dipping in the calm waters. I also explore the island a bit, with my walk culminating in the cliff-diving site. It’s not really a cliff but the skeletal remains of a tower beside a drop that leads to a deep portion of the sea. And Diane finally models for an impromptu photoshoot. I think I’ve been asking her to model for a photoshoot since we were still working together (or at least shortly after I resigned). Ha! Finally! 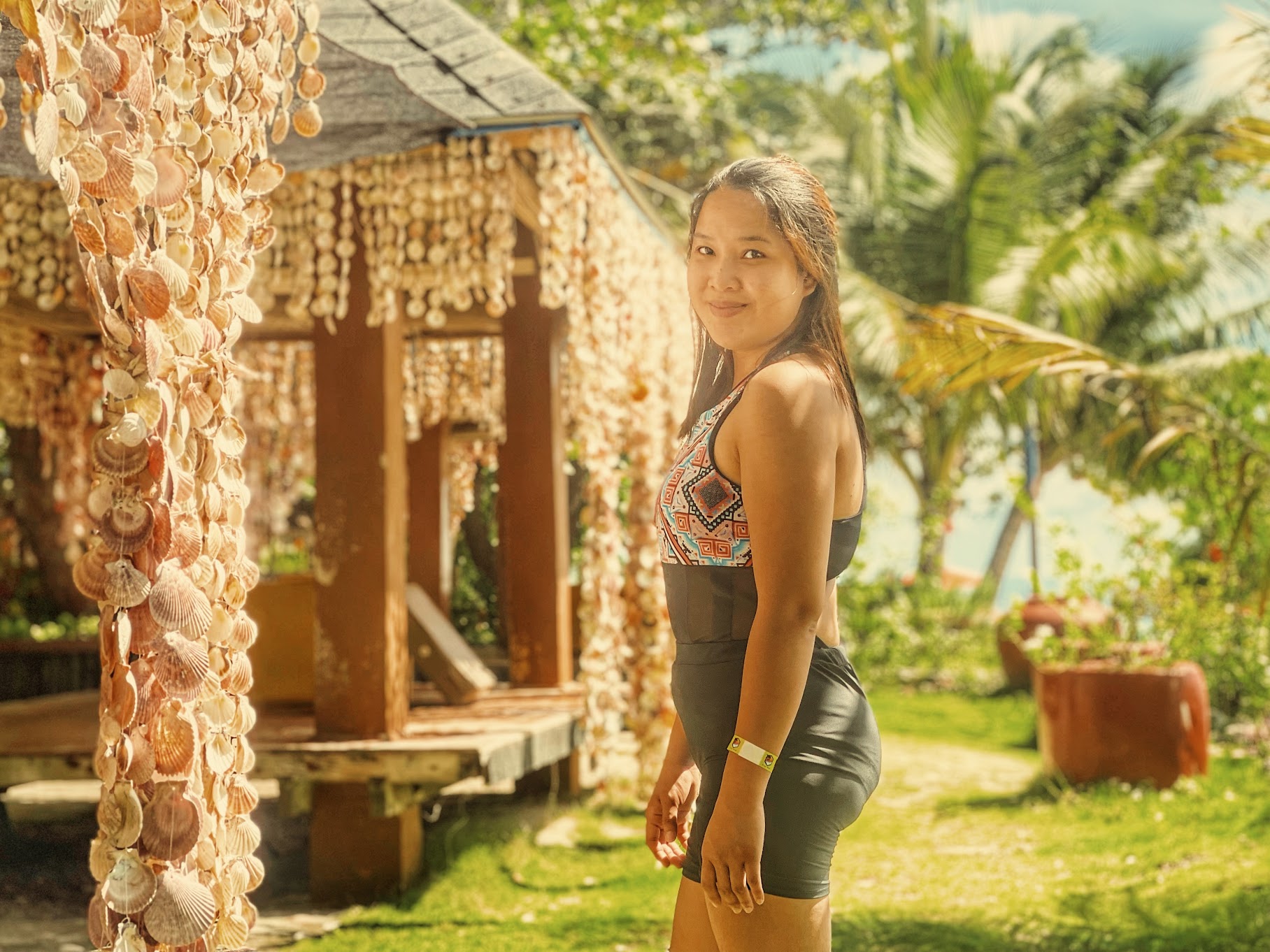 In the afternoon, we’re back in Bantayan Island. We have lunch and then do a bit of a land tour of the southern part of the island. Our first stop, about 7 kilometers west of Santa Fe’s center, is the Omagieca Obo-ob Mangrove Garden, which was popularized by the 2016 romantic drama film Camp Sawi. The movie is about a group of women who enter the eponymous boot camp for the brokenhearted. Parts of that film were shot in this mangrove, which in itself is a nice place. Narrow bamboo bridges rise from the shallow waters of the grove and snake their way around the trees leading to a nice view of the ocean. There’s also the so-called Ruins, which I assumed would be a dignified corpse of what was an elegant structure. But it’s really just a small concrete structure with various graffiti on its walls (so much for Bantayan Island thwarting expectations). The views around the structure, though, are great. The view of the cliffside is especially romantic in the golden hour. 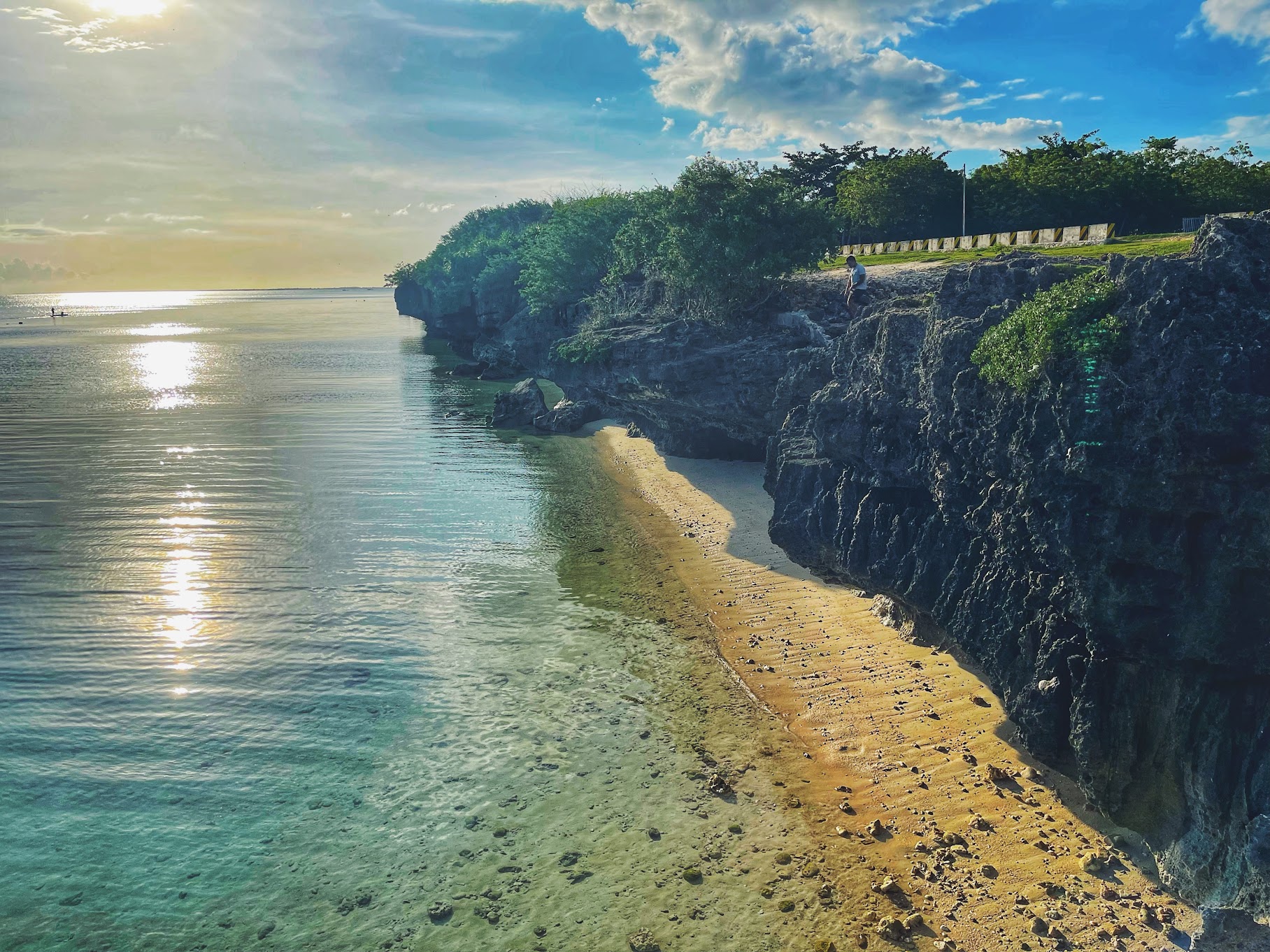 Finally, we stop in Kota Beach Resort, where parts of Camp Sawi were also shot. The resort is also actually beside the resort where we’re staying, but this one has a wider stretch of sand, and more luxurious amenities. 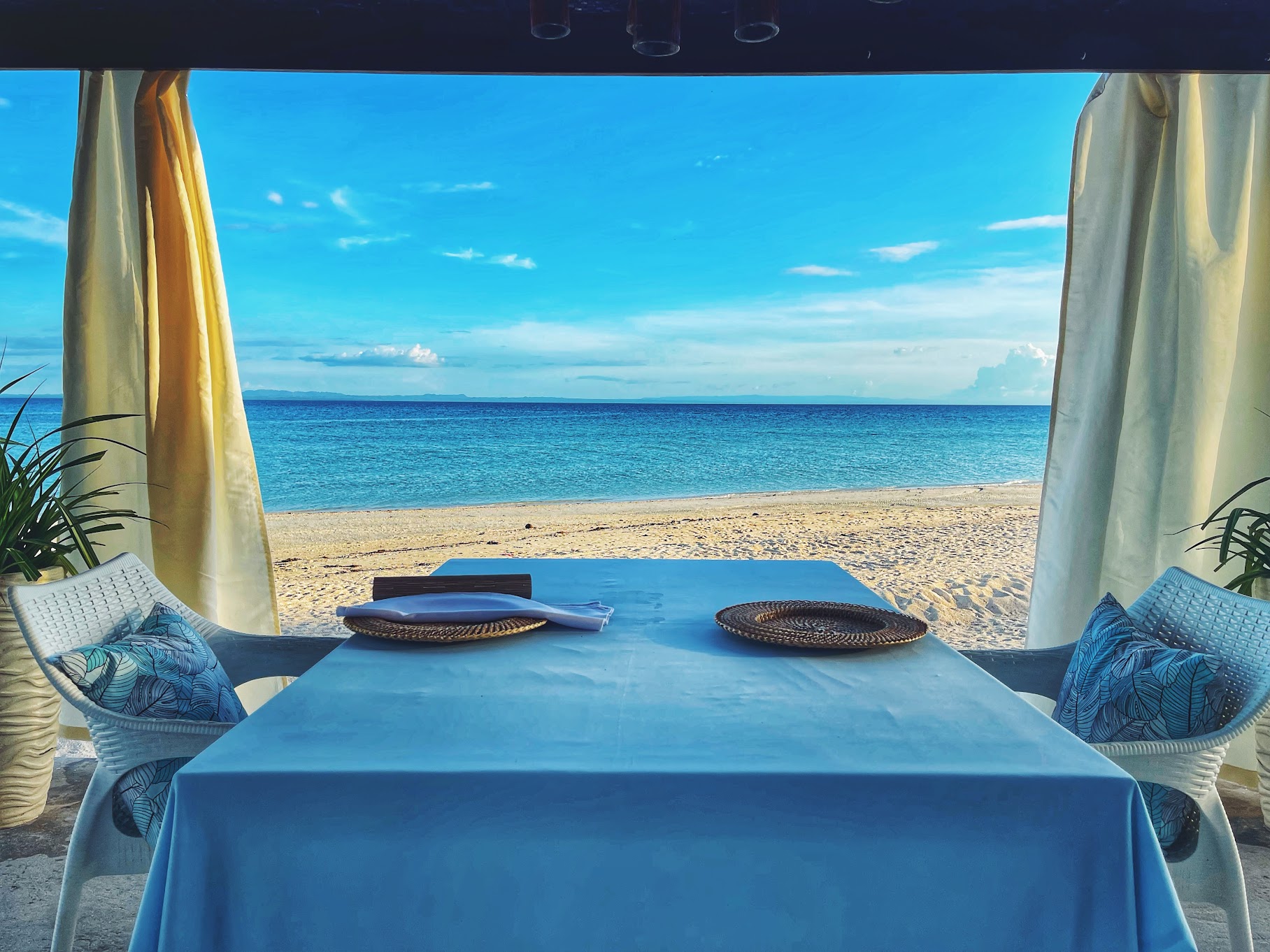 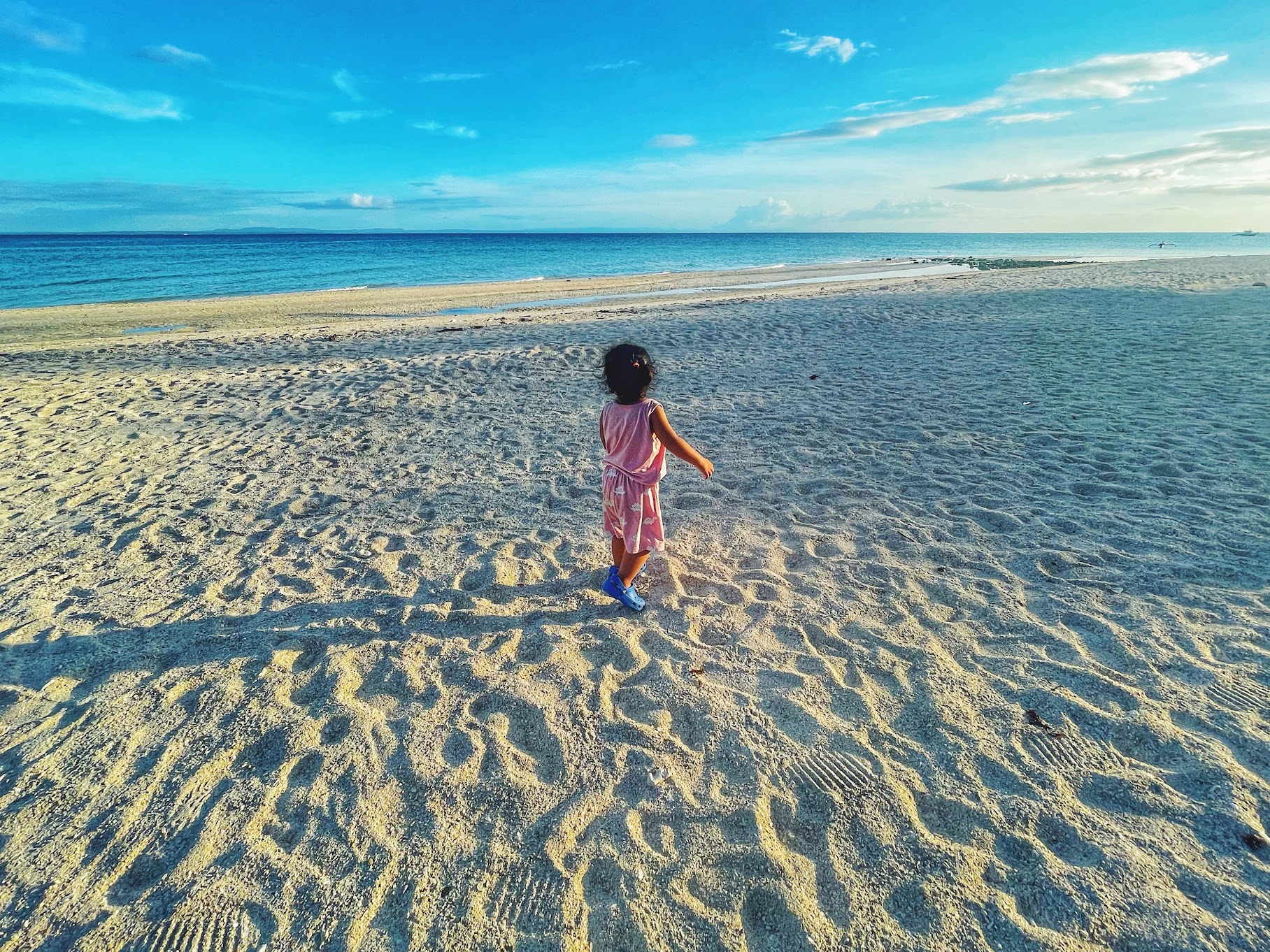 Back in our resort in the evening, I return to the beachside restaurant shortly after dinner to work a bit. Then Diane and I go out for an evening stroll to a nearby plaza surrounded with cheap eateries, while her mom and Joshua stay behind to rest.

Speaking of our resort, we stay in Amihan Beach Cabanas, which has nice cottages at reasonable prices. The rooms are spacious and well-designed. The staff is also really friendly and helpful, sometimes going out of their way to assist us (traveling with a child can be indeed stressful, I am again and again reminded). 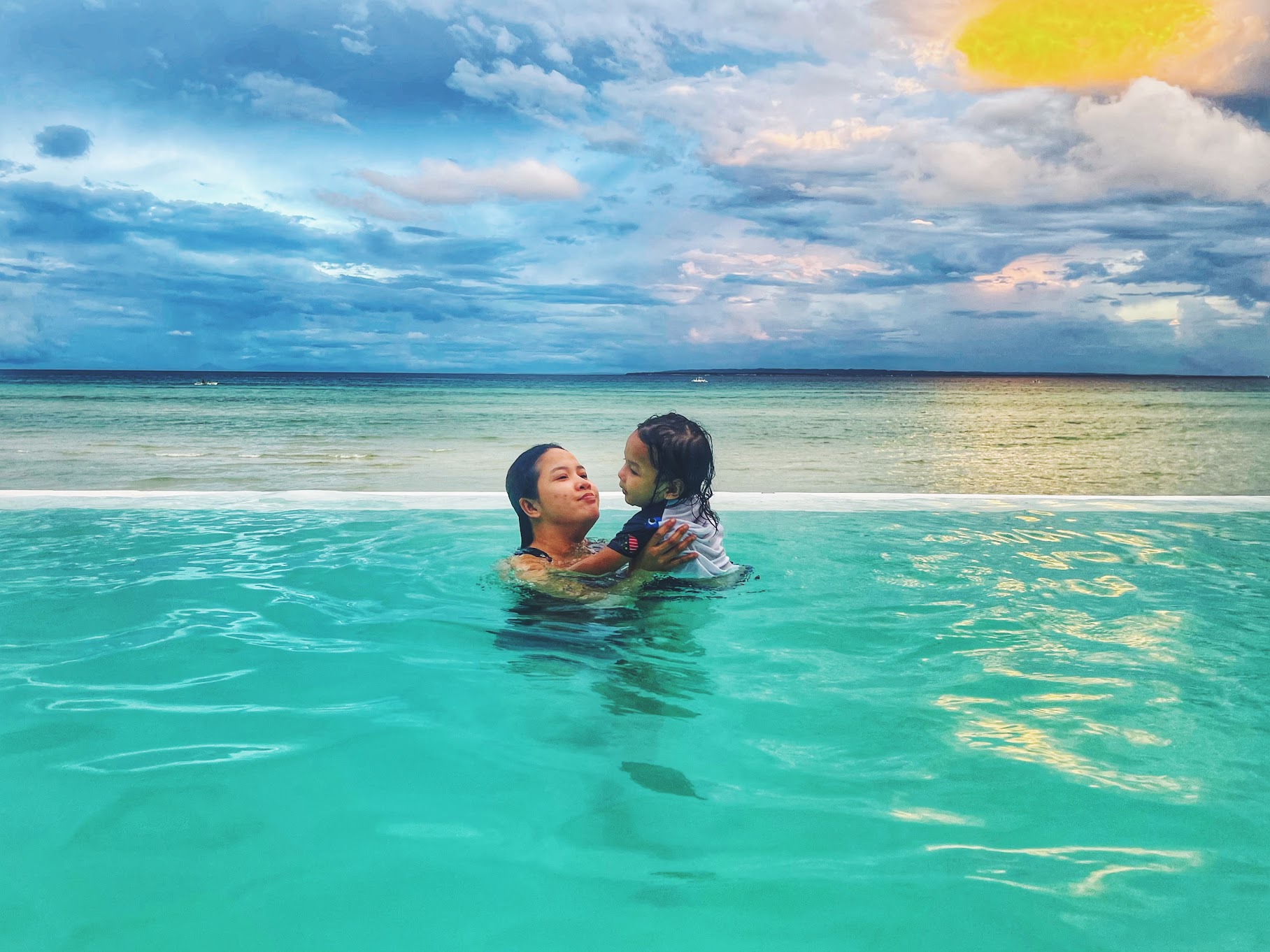 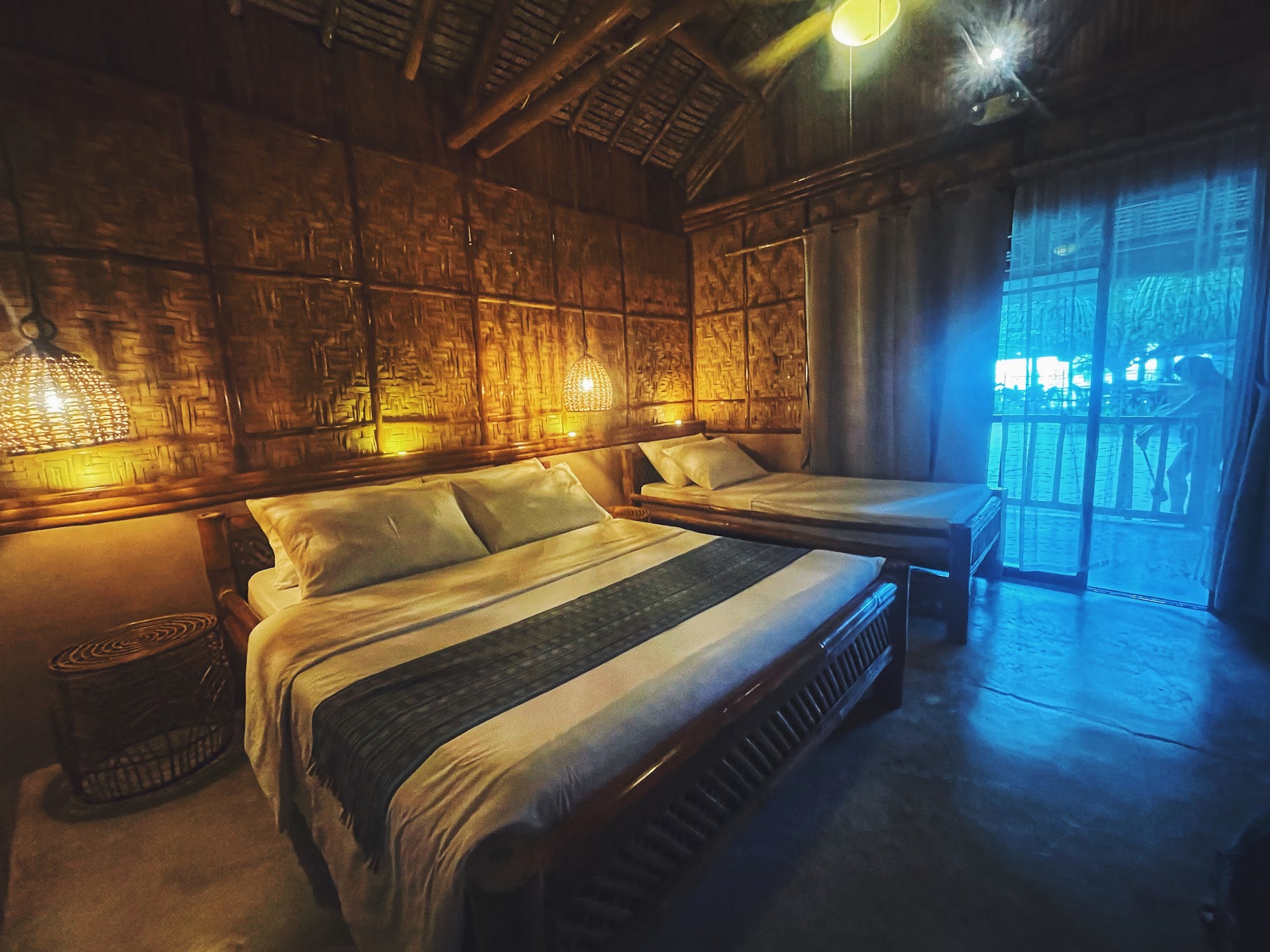 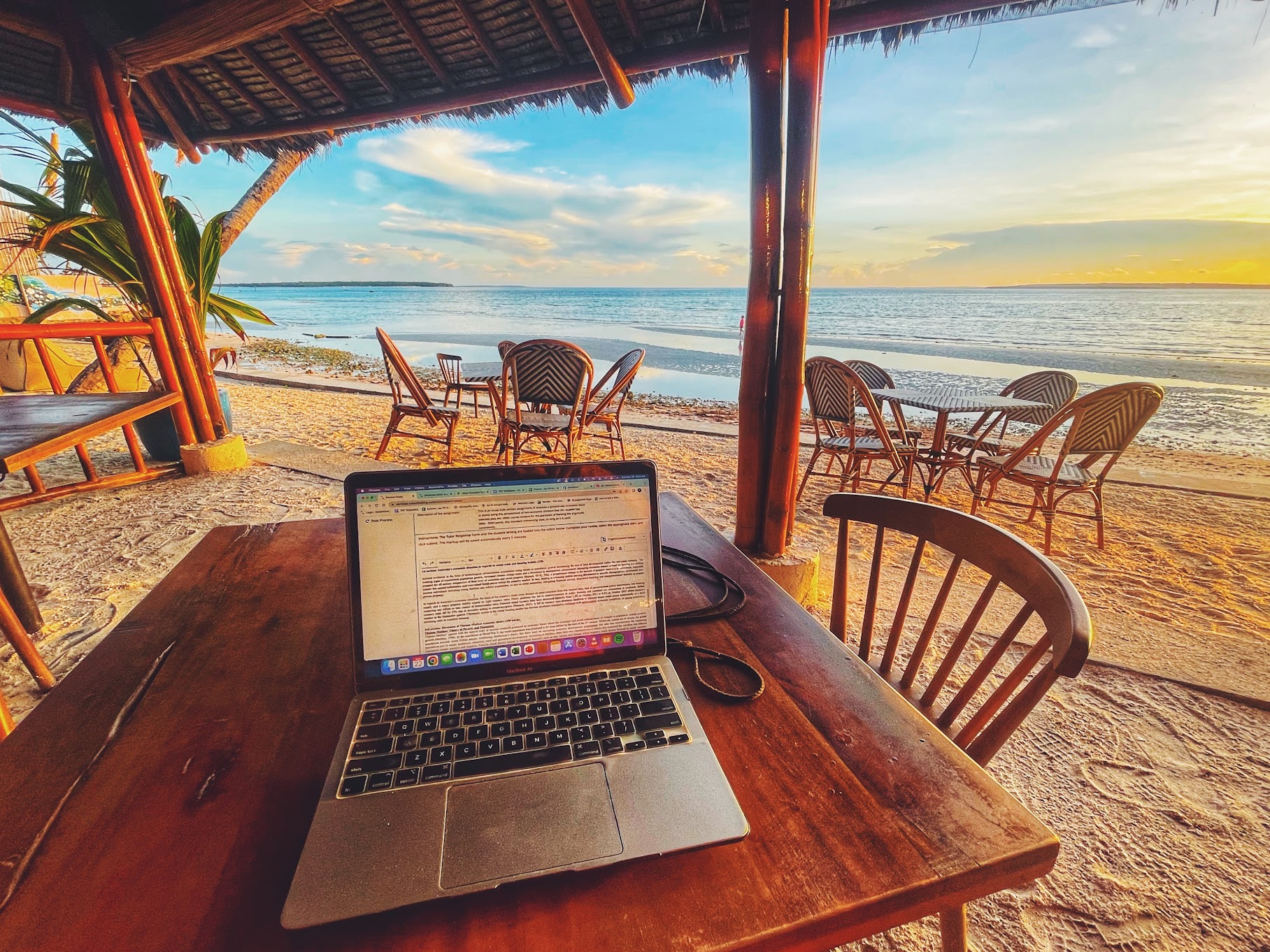 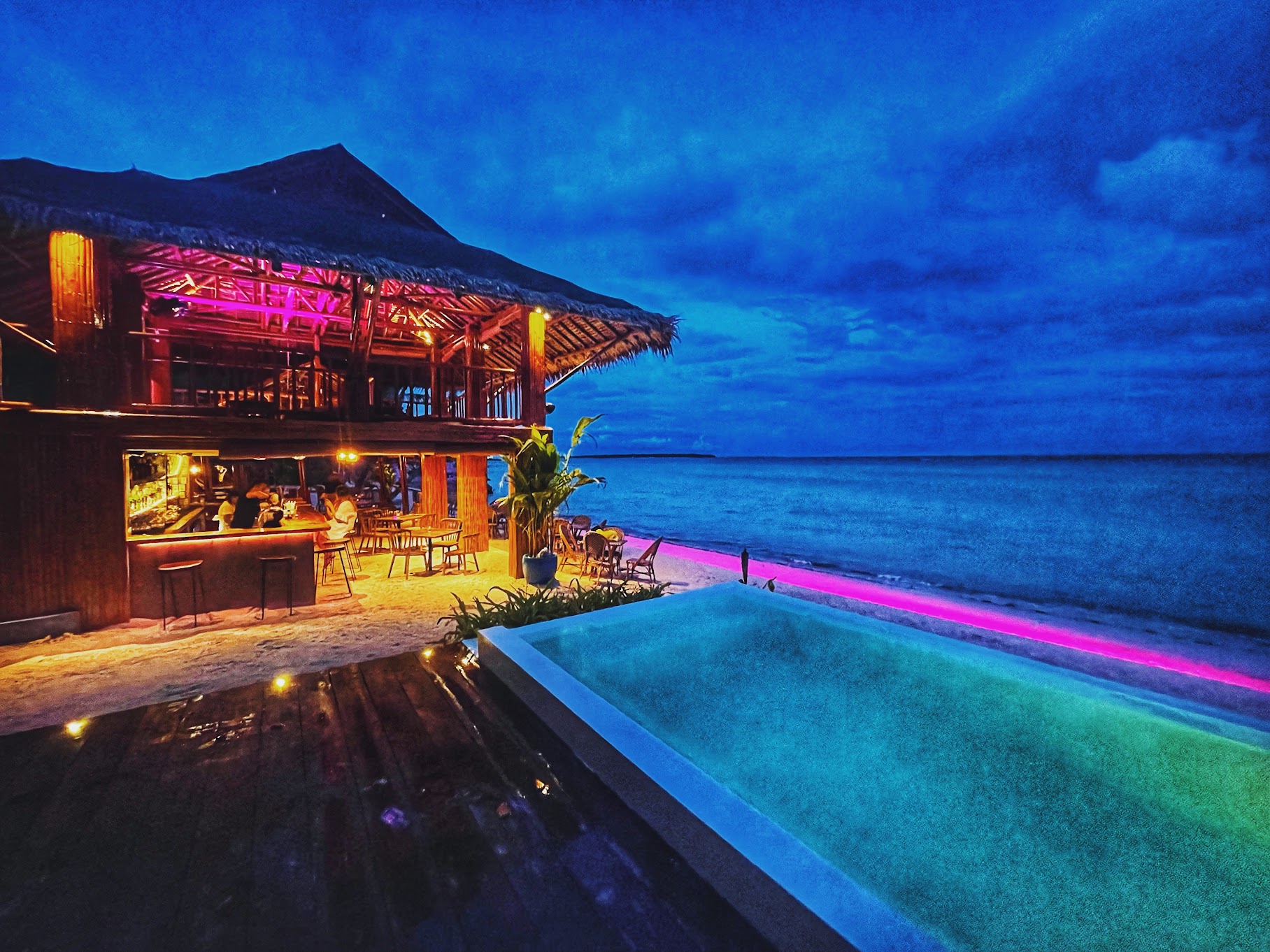 The view of the beach at sunrise is especially great, just the kind of view I need to cure a burgeoning case of burnout.