It’s Lent again, and so I’ve gone vegan again. It’s not officially a part of our church program (I can’t focus full-time on church activities anymore), but I’m still doing it as part of my personal reflection. This is the third straight year I’m removing any animal product from my diet, and as years go by, it’s become much easier and easier to live through 40 days of it.

I’ve written about three restaurants last year. Here are three more vegan-friendly restaurants I’ve paid a visit over the past couple of days. 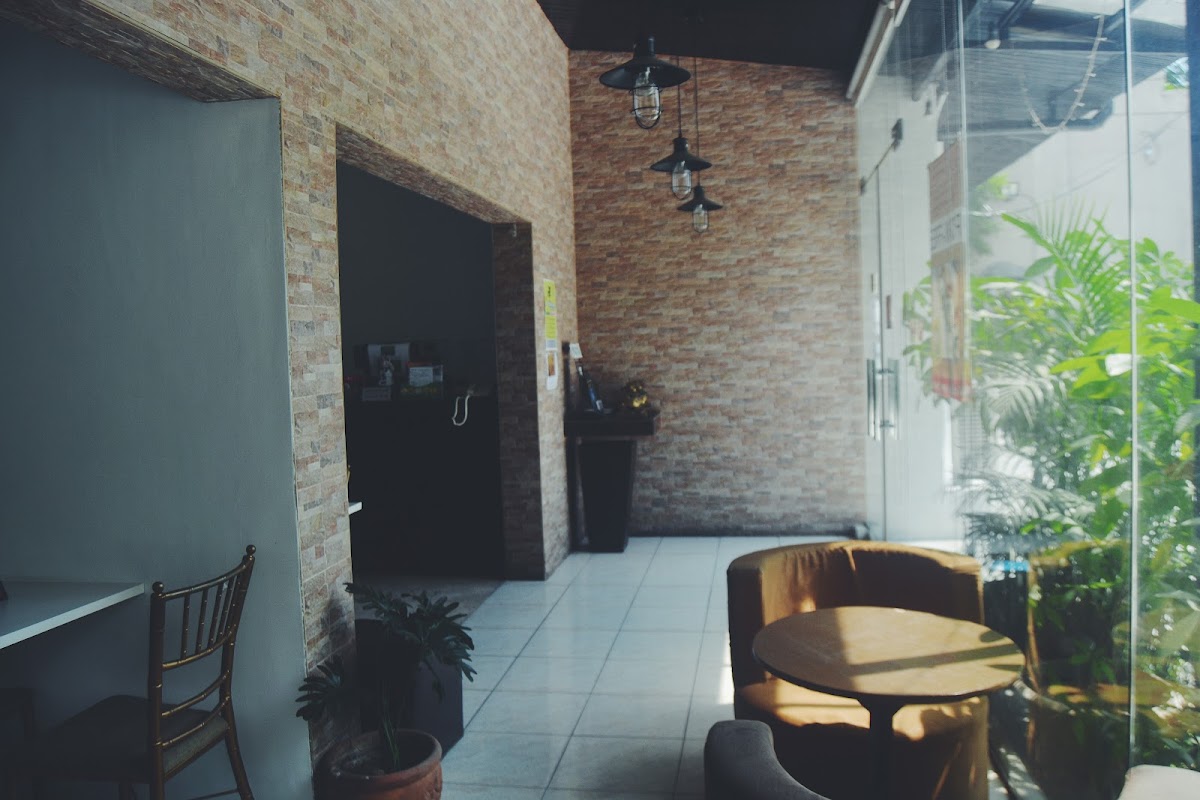 Agico has been a popular vegetarian spot since it opened in 2012, serving a variety of meatless renditions of popular dishes, most notably Japanese fare. Some dishes contain dairy and egg products, but the kitchen is more than happy to adjust for vegans. Popular appetizers include the Gyoza and Takoyaki. The former goes well with the soy sauce and chili sauce. The latter can be ordered with vegan mayonnaise. The Spicy Karaage Ramen is disappointingly mild, and tastes more like a Chinese noodle soup, but is large enough for two, and doesn’t leave you feeling guilty even if you down the whole bowl by yourself. The restaurant is located in a quiet corner of Mandaluyong, and makes for a relaxing venue to escape the madness of the world. 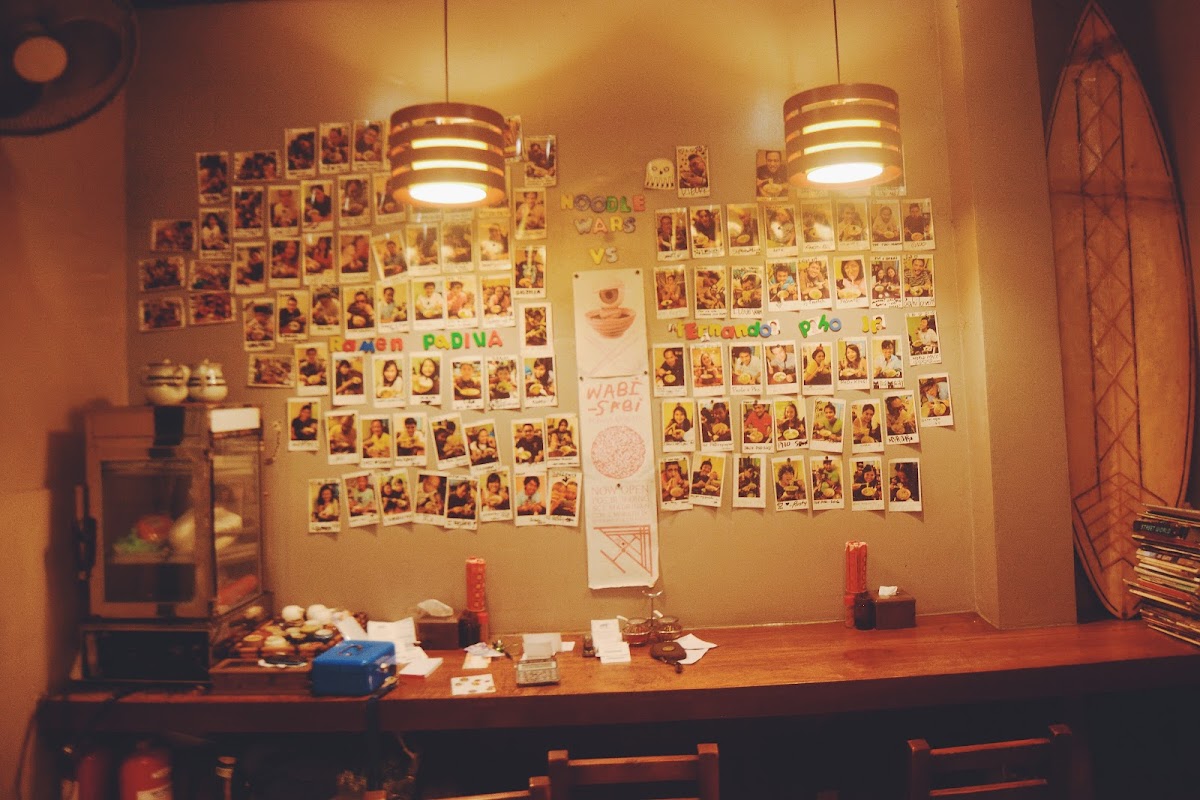 Another vegetarian haunt located in an obscure spot is Wabi-Sabi, a longstanding noodle place serving meatless versions of a number of Asian dishes. The restaurant is tucked inside the Collective, a building that used to house several offbeat stores, but is now a crumbling structure with a couple of thriving businesses. Wabi-Sabi is one such business, and its longevity can be attributed to its good menu, the main stars of which are the ramen and pho. (There’s even a wall of famous celebrities divided according to their preference: Ramen Padilla vs. Fernando Pho, Jr. Clever, guys.) The pho in particular does a fine job passing off as the real one. The bahn mi, however, is obviously made of mock beef. It doesn’t mean it’s bad, as the sandwich can be surprisingly addictive. 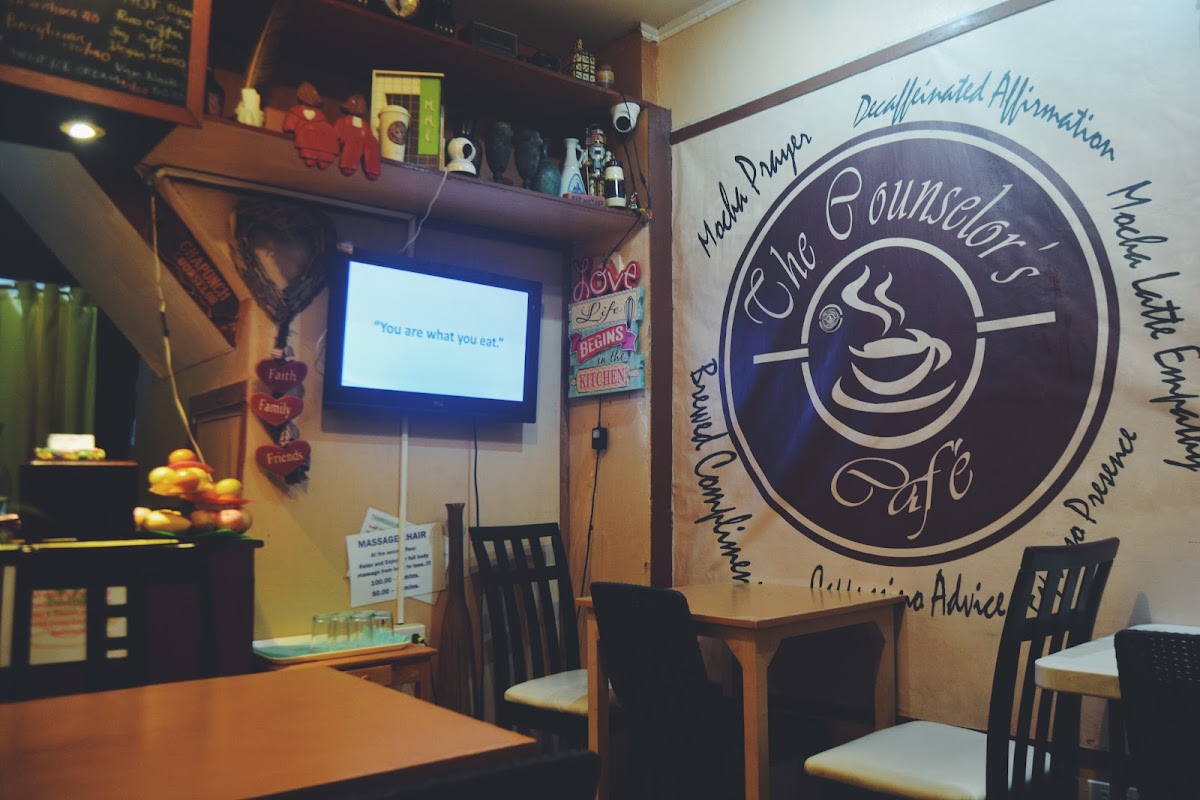 One thing sure about living near a Seventh Day Adventist compound is that it’s going to be easy being a vegetarian. Vegetarian stores and dining places abound in the area, and that’s the case here. Living within the vicinity of an SDA hospital means a meatless meal is just around the block in case there’s no time or motivation to prepare your own meal. The Counselor’s Cafe at the back of the hospital serves routine vegetarian fares in a cramped but cozy setting. There’s not much surprise in the menu, with many of the dishes the usual vegetarian versions of popular local fares. The Tofu Sisig Rice Meal, for instance, is a staple for most vegetarian restaurants in Metro Manila, although it’s worth a try. The Red Bean Burger, too, is a tasty and filling sandwich. And with loads of fiber, you’ll feel good too, even if you feel like you’re bloated after.