Growing up in northern Metro Manila and all its grimy glory, I’ve always seen the city of Antipolo as distant, even if it’s just an hour away and that it’s more accessible than the cities in the southern part of the metropolis. Much of that stems from the fact that it is actually part of Rizal, a hilly province that’s known for a number of retreat sites with nature as their backdrop and a flourishing visual arts scene –  a stark contrast to the concrete jungle and utilitarian arts in Metro Manila.

Antipolo is by no means a paradise – its narrow lanes are congested and loud with tricycles. But it’s become one of the most exciting places for those who appreciate visual arts, and thanks to a particular site, the city has become livelier and one of the best places to feel that artistic energy. 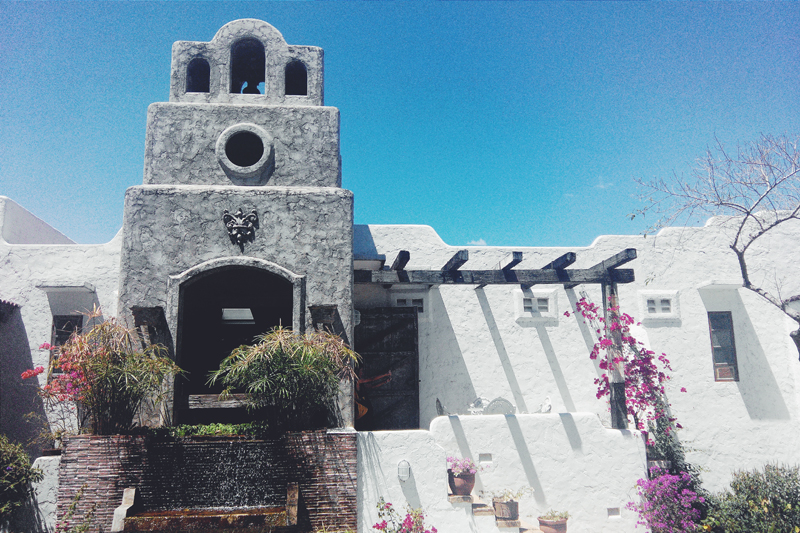 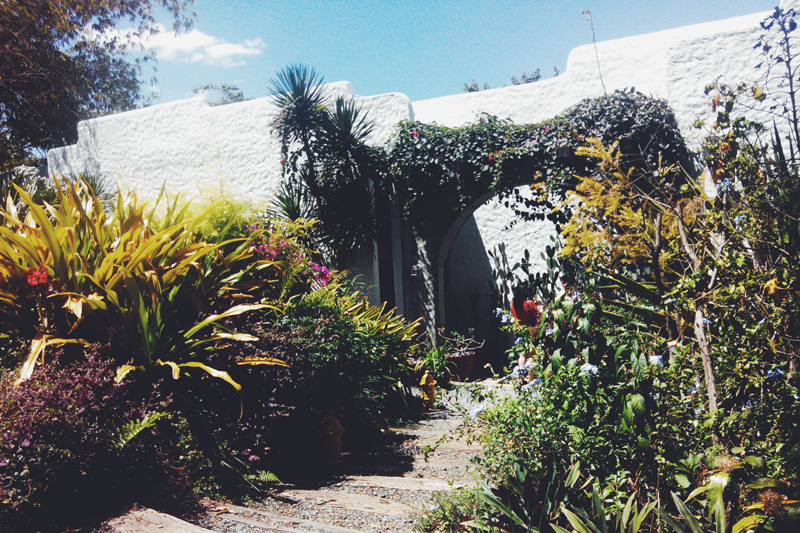 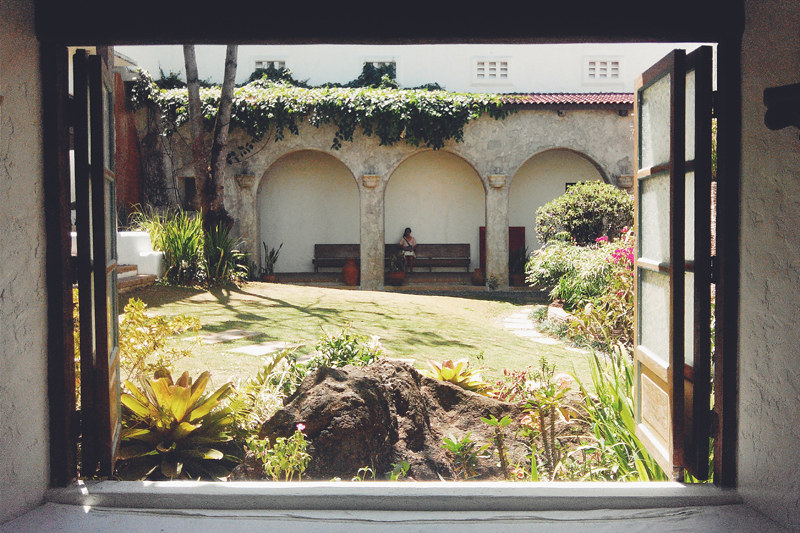 That place is the Pinto Art Museum, a private museum featuring Filipino contemporary art based on the collection of Dr. Joven Cuanang. The self-supporting museum was started in the past decade as a civic duty to promote the works of local artists. Cuanang, who was a neurosurgeon at St. Luke’s Hospital Global City was also the patron of a local artists’ group called Saling Pusa.

Pinto is a tranquil enclave in a private residential area and is one of the greenest and most pleasant within the vicinity of Metro Manila. Hidden from the busy thoroughfares, entering the premises feels like being transported to a place that’s a cross between a Greek island and an Albuquerque villa. The works are housed in little boxy buildings defined by whitewashed walls. In keeping with the natural theme, large windows provide views of lovingly designed lawns. 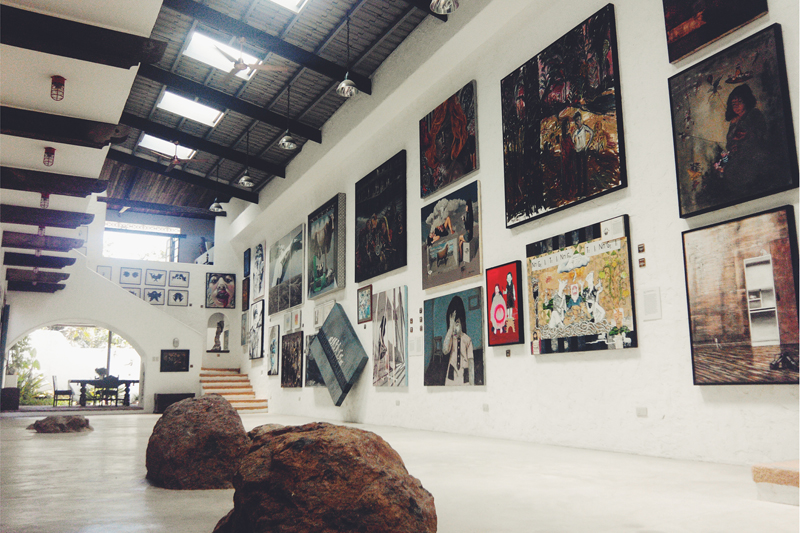 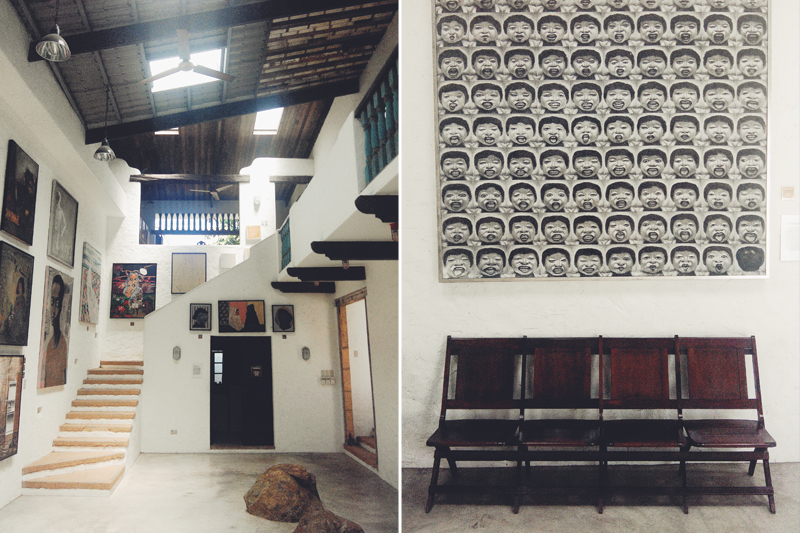 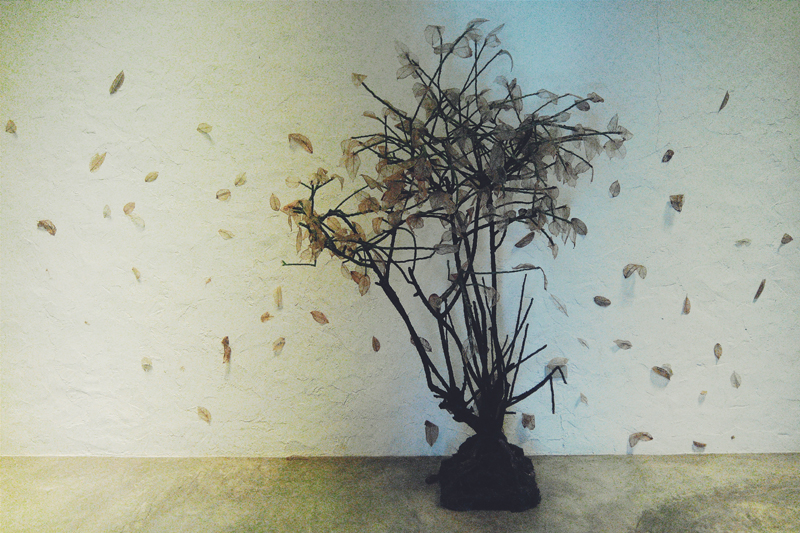 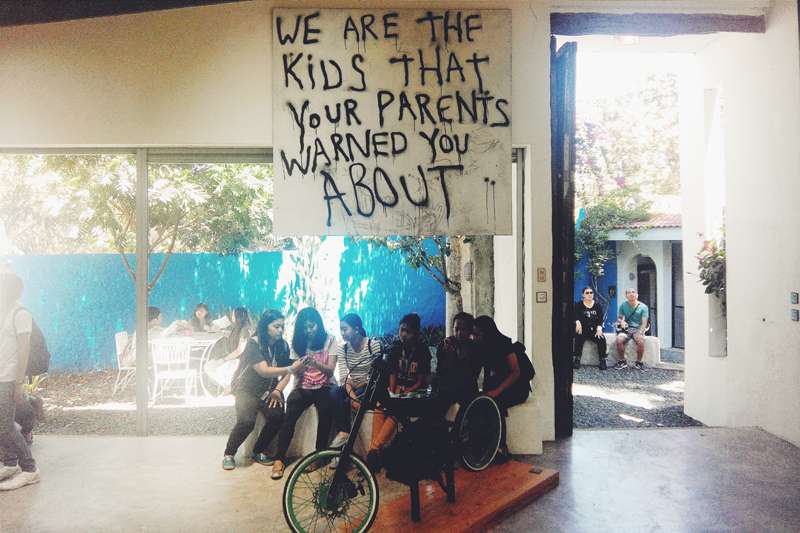 Despite the surroundings, the artworks are nevertheless the stars. The place is packed with works of local artists, and it’s perhaps not a coincidence that Rizal province has been regarded as the bastion of arts in the Philippines. The neighboring town of Angono is considered as the country’s “artist capital,” with numerous artists calling the town home, including National Artists Carlos “Botong” Francisco for visual arts, and Lucio San Pedro for music. 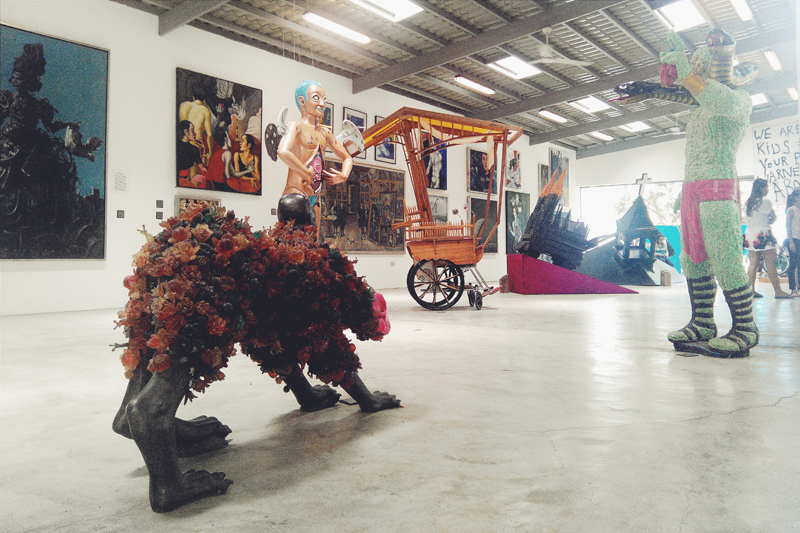 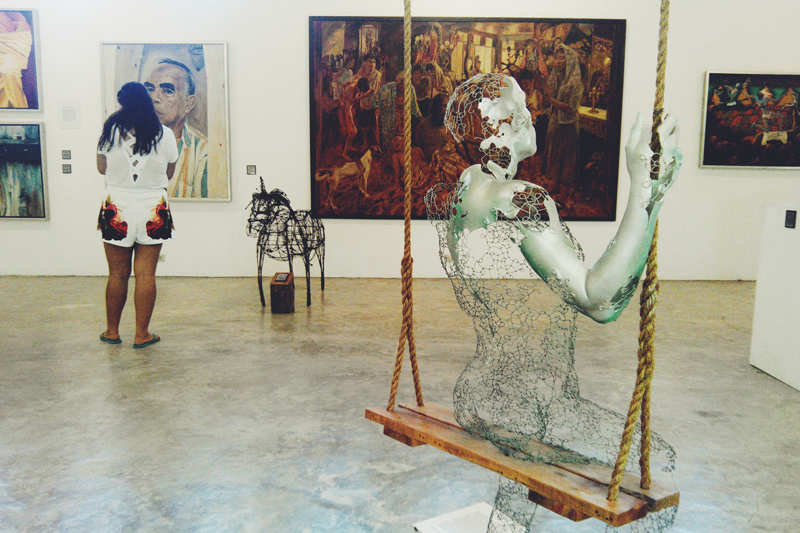 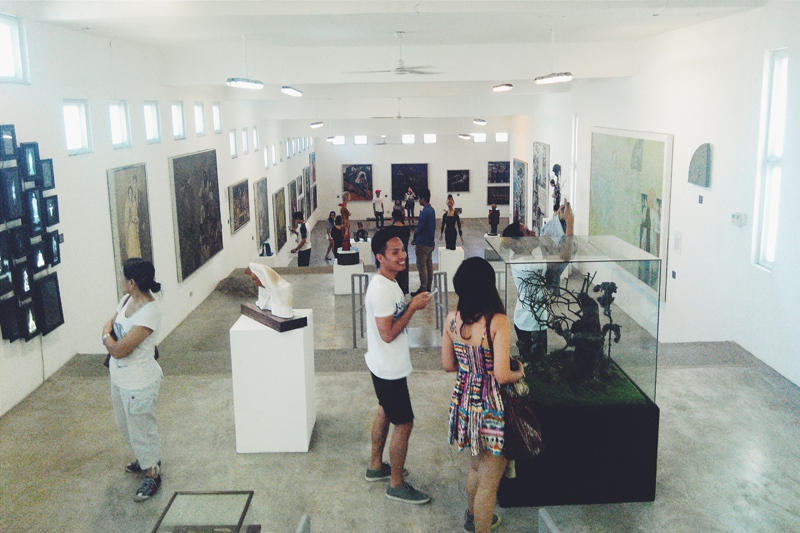 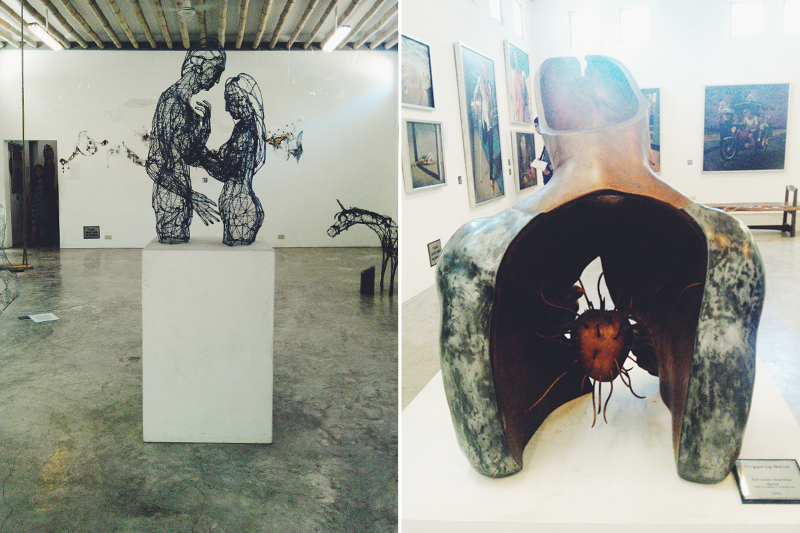 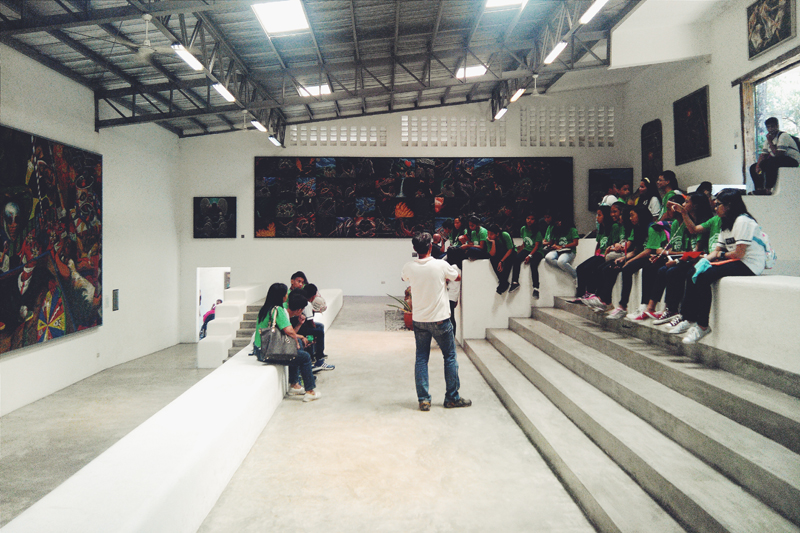 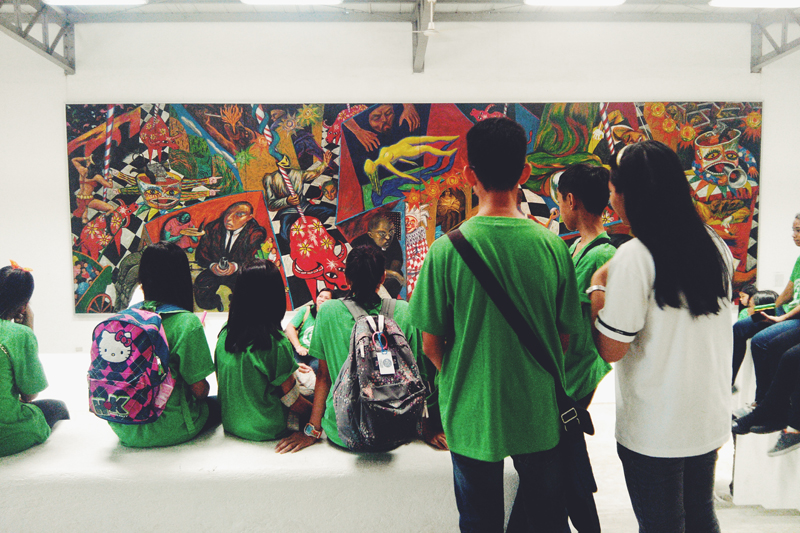 On the weekend morning that I find myself here, I stroll and take in the energy of the surroundings. Pinto’s true beauty becomes visible as I browse the place purposefully. I stroll from one building to the next and realize that this isn’t like most museums. Pinto has an edge to it, and I can certainly feel the connection.