The next afternoon, we head to Talisay, a city that for travelers is essentially an extension of Bacolod. (Talisay is actually part of Metro Bacolod but residents want to make clear they are not part of Bacolod.) We have coffee at a cafe in the District mall and then take a taxi to the Ruins. It’s a popular destination, and my parents have been here a few times before. But I wasn’t able to go here the first time I visited Bacolod 12 years ago. 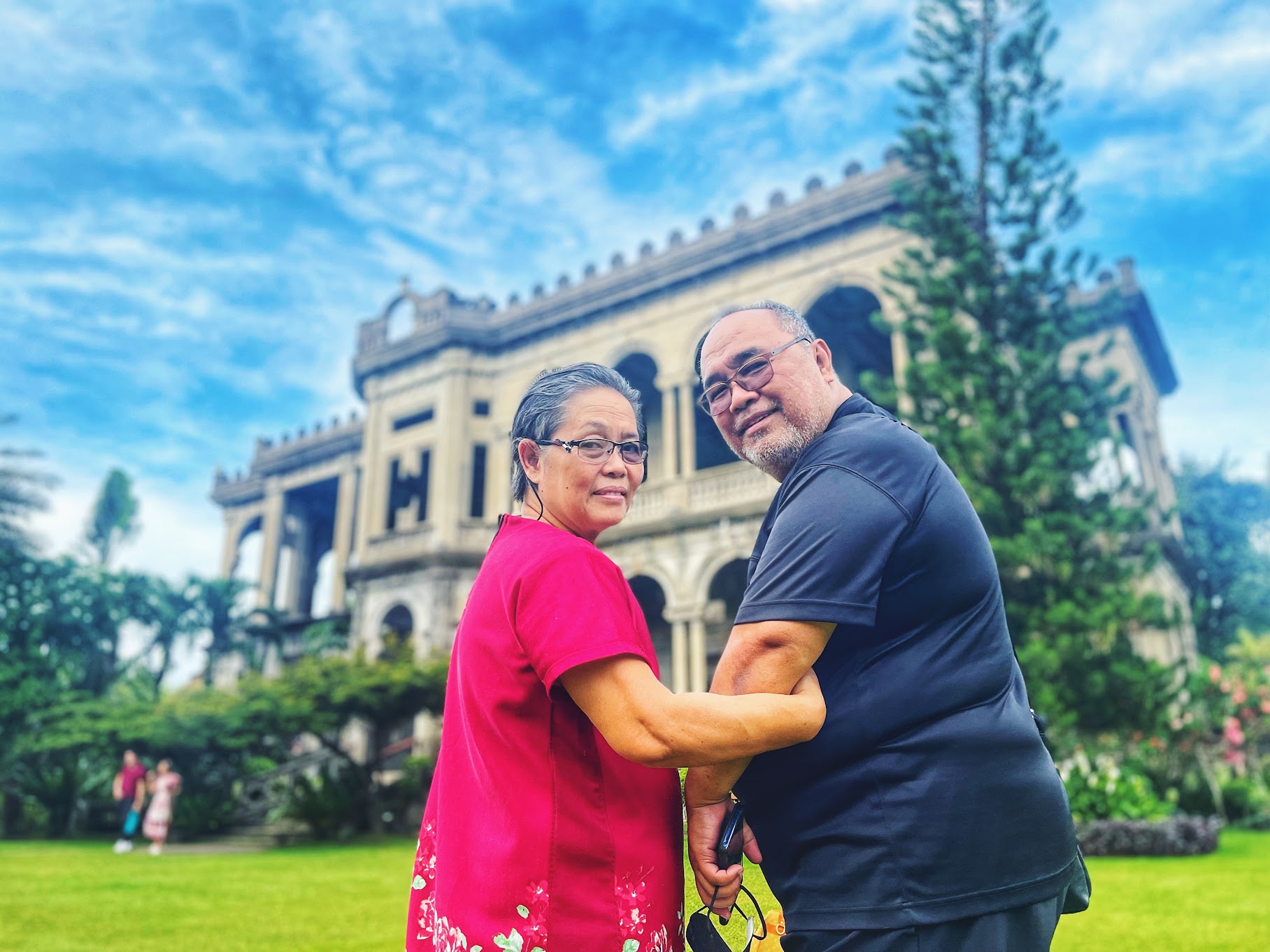 The Ruins is what remains of an early 20th century mansion built by a wealthy sugar baron, Don Mariano Ledesma Lacson, as a testament to his love for his Portuguese wife, Maria Braga. Maria lost her life while giving birth to their 11th child, who unfortunately died as well. The Ruins is thus nicknamed the Taj Mahal of the Philippines.

During World War II, however, U.S. soldiers burned the building to prevent Japanese soldiers from using it as their headquarters. The fire razed for three days before dying out and leaving the concrete frame that has been described as one of the world’s most beautiful ruins. It’s a Sunday afternoon, so today the place is teeming with visitors: families, groups of young people, old ones. I take this opportunity to do some photoshoot with my parents, as the site has become a popular venue for prenuptial photoshoots. My parents are game about the idea, smiling their hearts out as I snapped away. It’s hard not to enjoy taking photos in the grounds, though. The elegant archways and vintage floor tiles make for great photoshoot backgrounds. We do have to share the space with a relatively large weekend crowd, but nothing some patience and careful angles cannot solve.

We spend about half an hour in the place before returning to Bacolod for dinner.