Quezon City does not have the fancy prestige of Makati or the historical significance of Manila but it doesn’t mind. It nevertheless sees visitors from nearby cities getting drawn to its wide highways, sprawling public spaces and tranquil streets lined with affordable restaurants. Truth is, there’s plenty to experience here, and you just have to set some time to get to know the city well enough.

On a Saturday morning, I and a couple of friends, together with Aurika as the model for this photowalk, explore the Diliman district at the central southern part of Quezon City. We first come to grips with the heart of the area, where the Quezon Memorial Circle, a national park and a national shrine bounded by an elliptical highway, stands. The tall mausoleum inside contains the remains of former President Manuel L. Quezon and his wife Aurora Quezon. Within the park, locals and tourists do various physical activities, dine in any of the cheap food stalls, or simply while the time away. Recently the local government has undertaken efforts to beautify the park, which has suffered neglect as malls and other modern settings proved to be more appealing to the public. 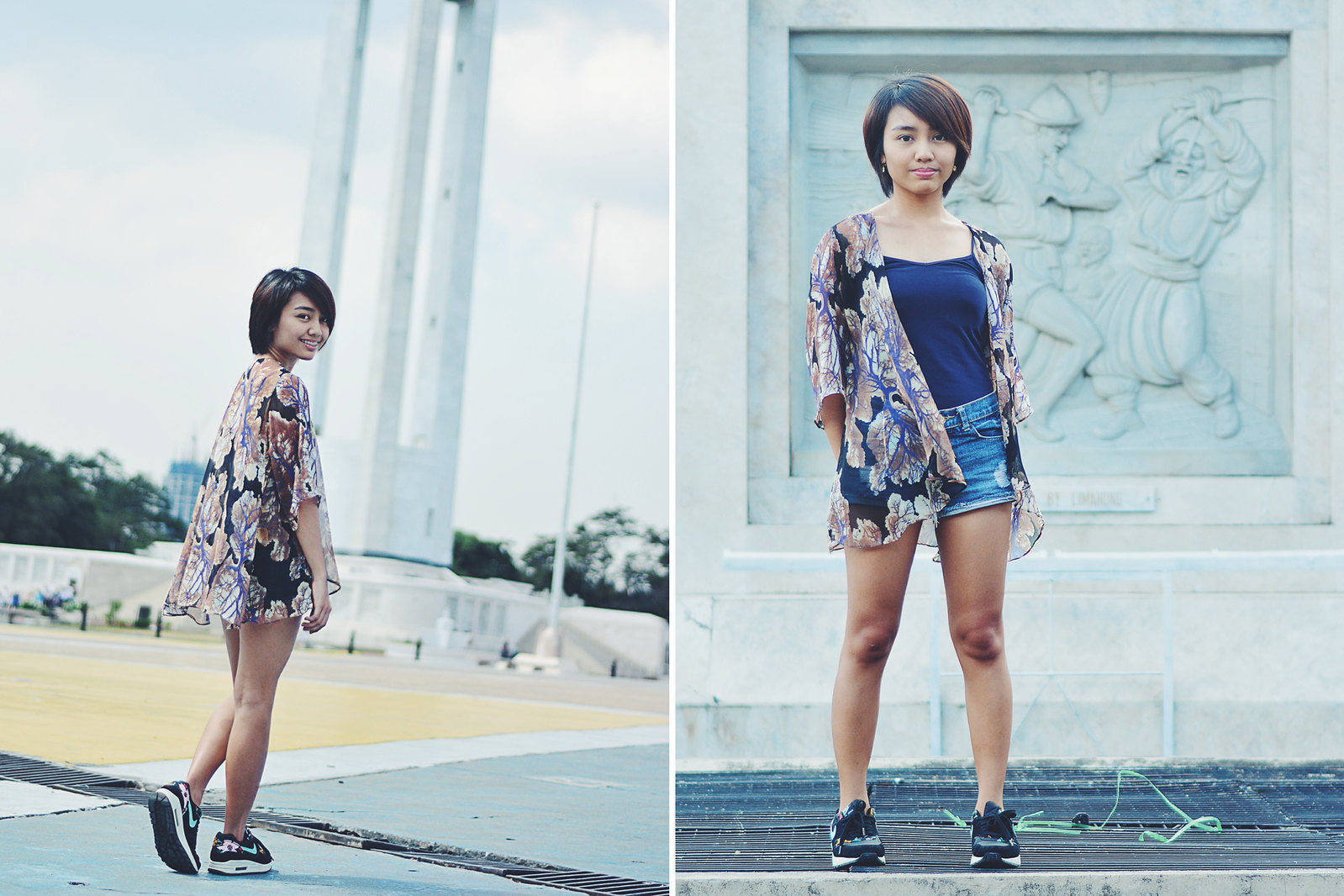 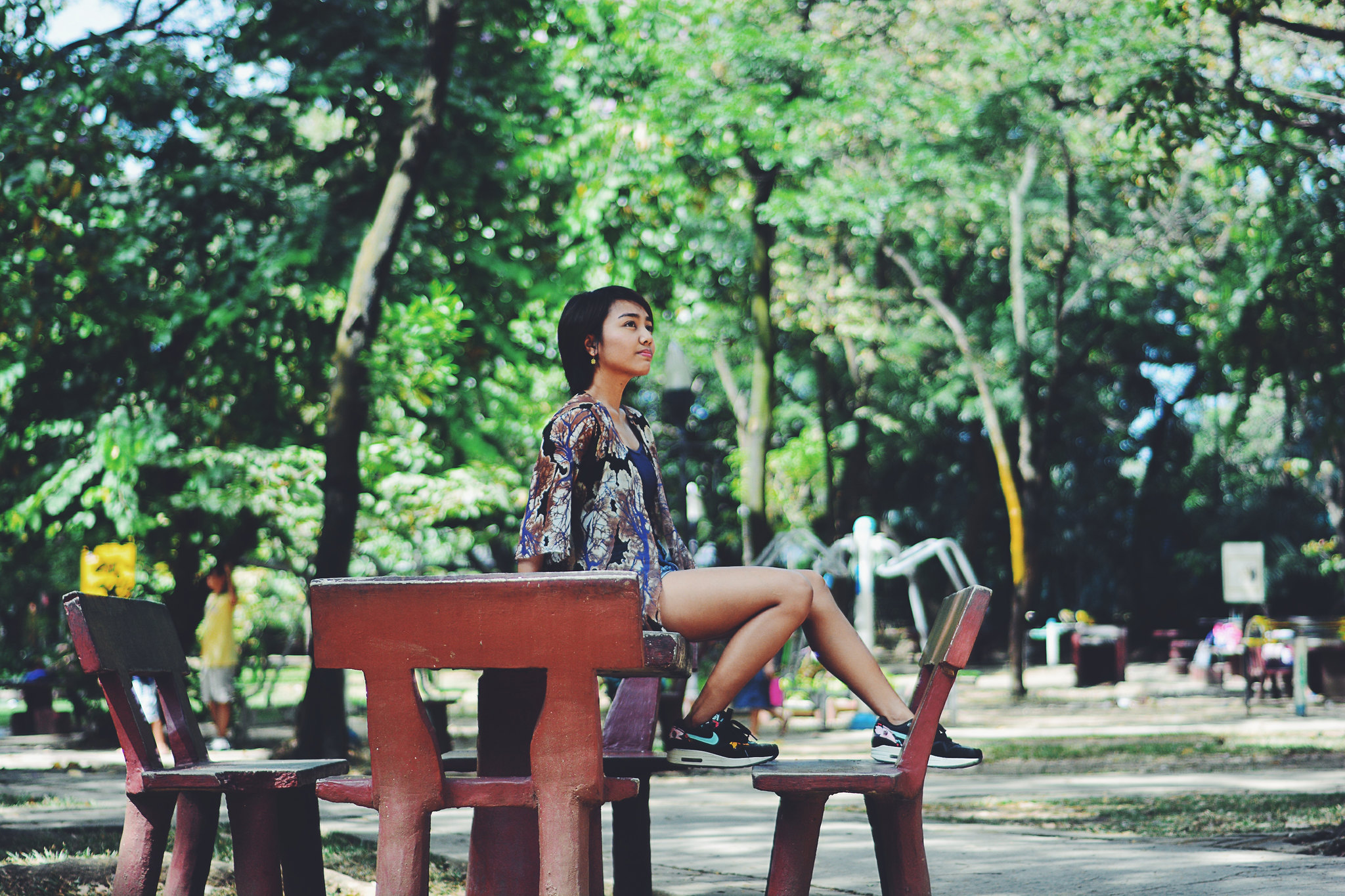 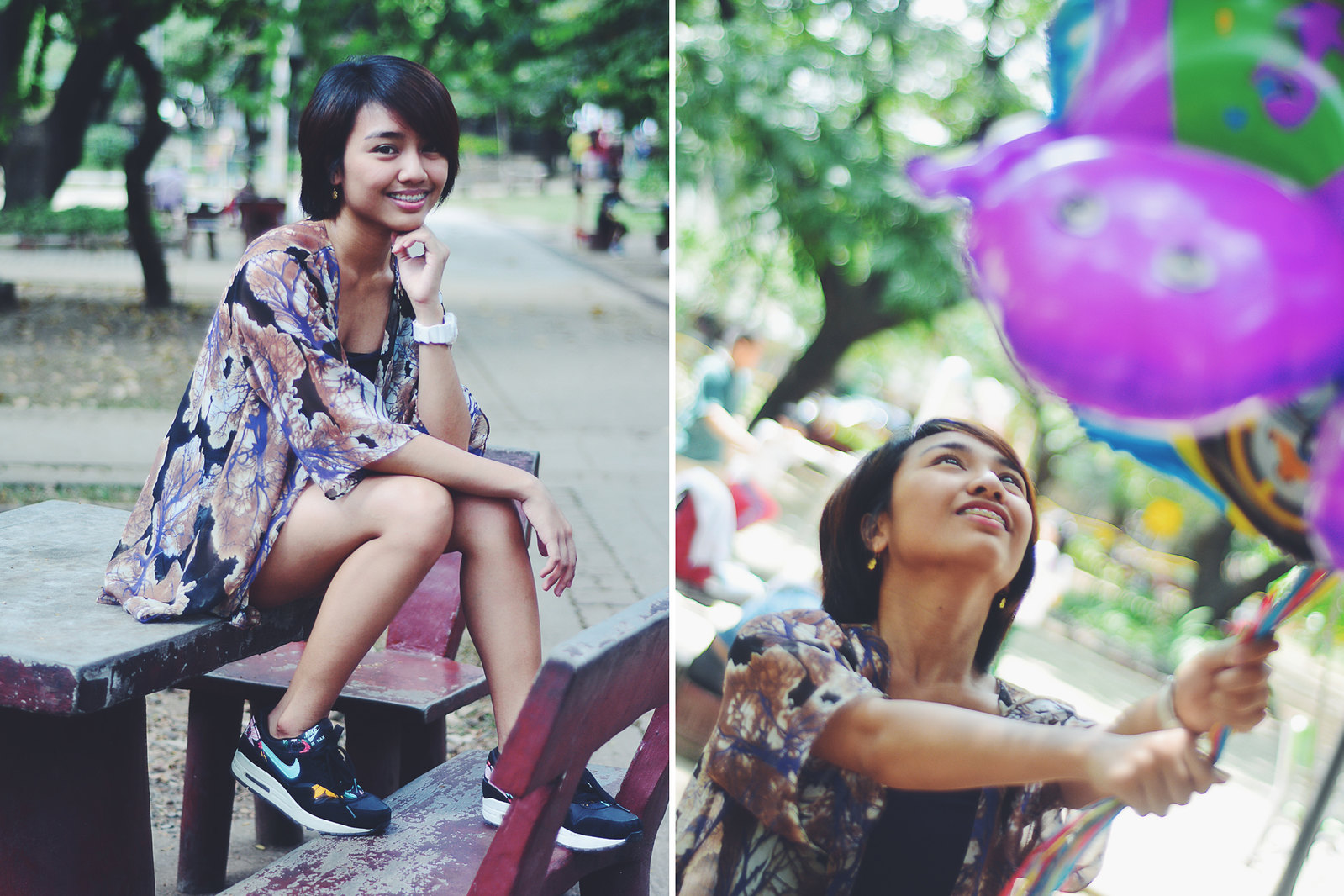 Nothing proves that dedication to modernizing than the newly opened QCX (Quezon City Experience) interactive museum that aims to provide a socio-historical context to the city. The museum allows visitors to interact with the displays or even take pictures or shoot videos in any of the galleries. The museum is open every day, except Monday, from 9 am to 5 pm. 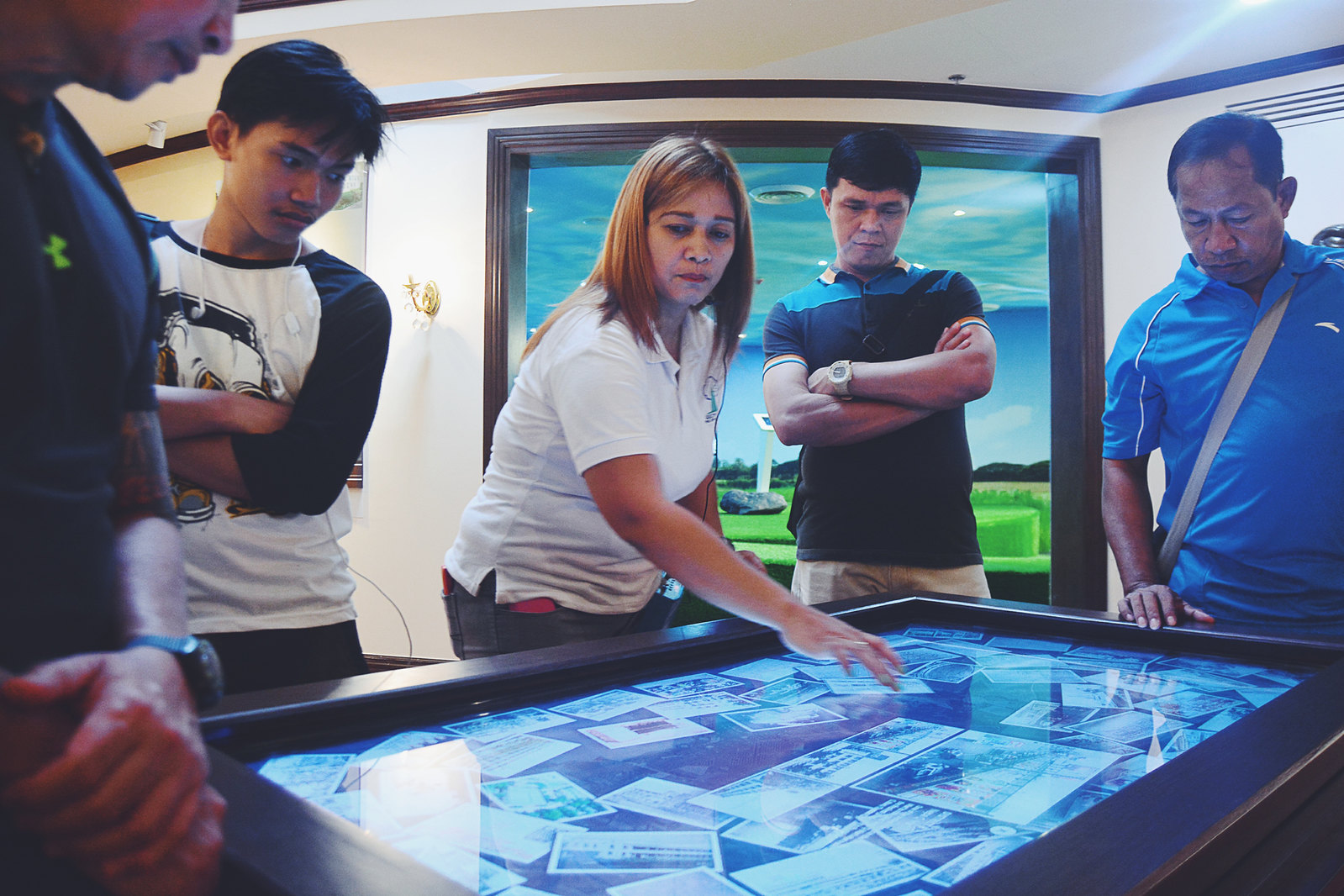 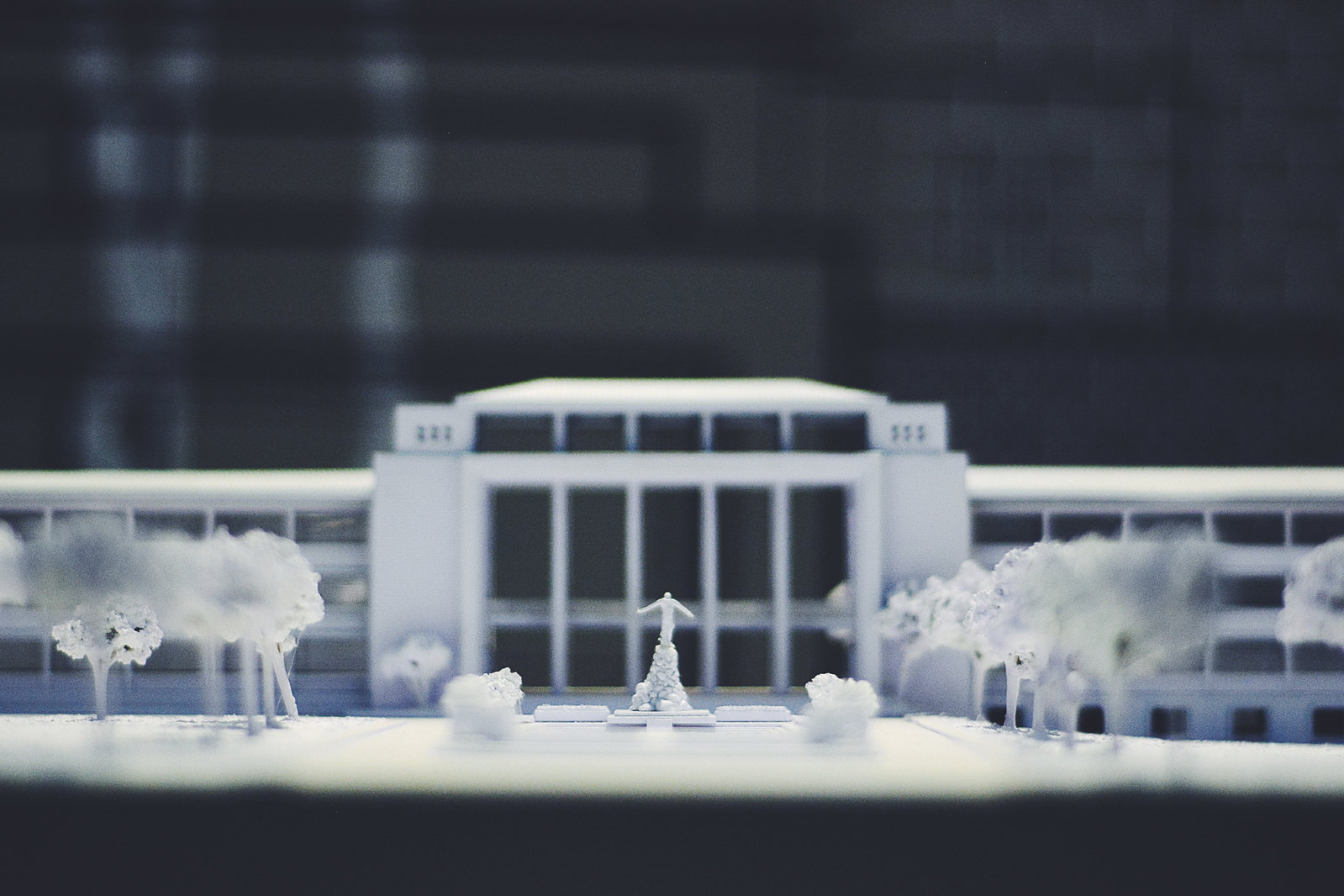 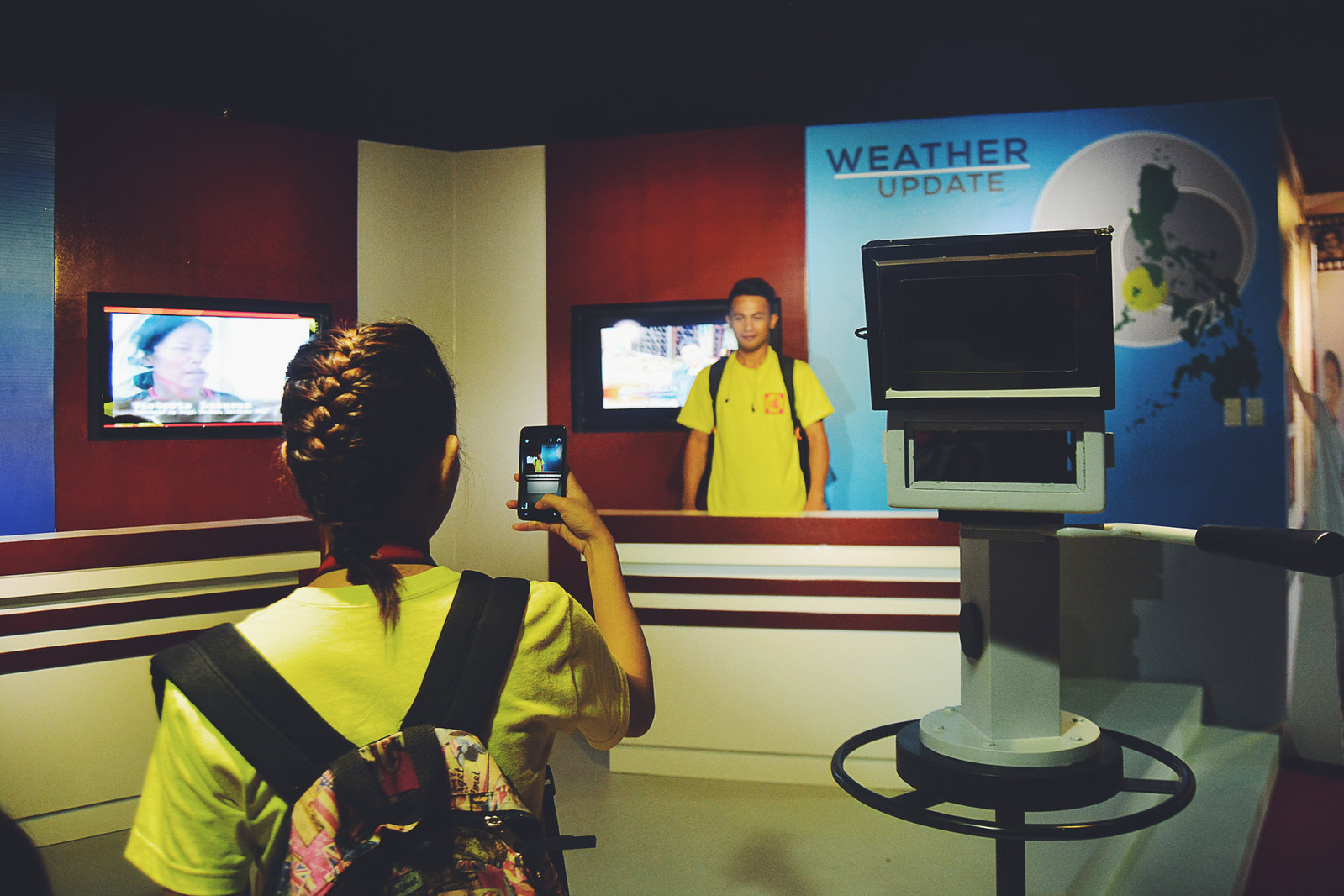 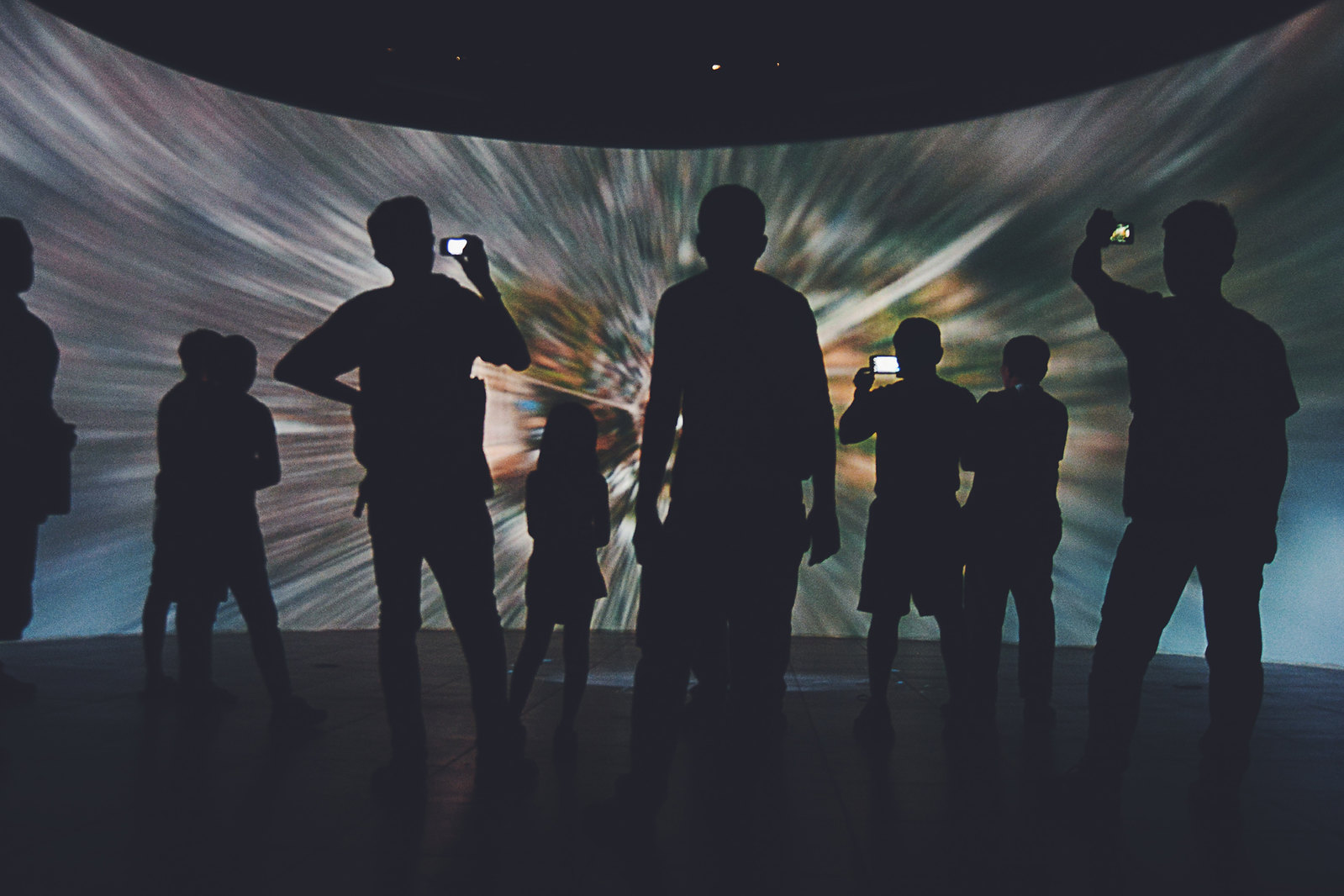 Food has always been a part of life in Quezon City. Food-trippers regularly make their way to Maginhawa Street, a long stretch of thoroughfare fringed by an overwhelming number of restaurants. Customers range from college students to ladies who lunch and everyone in between, and the dishes on offer span the globe.

Just in time for lunch, we make our way here, stopping by StrEat, the newest addition to the area’s growing lineup of dining establishments. Similar to the Z Compound in Malingap Street and the Hole in the Wall in Century City Mall in Makati, StrEat is a compound of eateries, composed of seven food trucks and four food containers.

We don’t realize that majority of the establishments don’t open until five in the afternoon, so we simply order a shawarma and a baklava, and just use the time to take pictures around the place while waiting for Aurika’s friends. 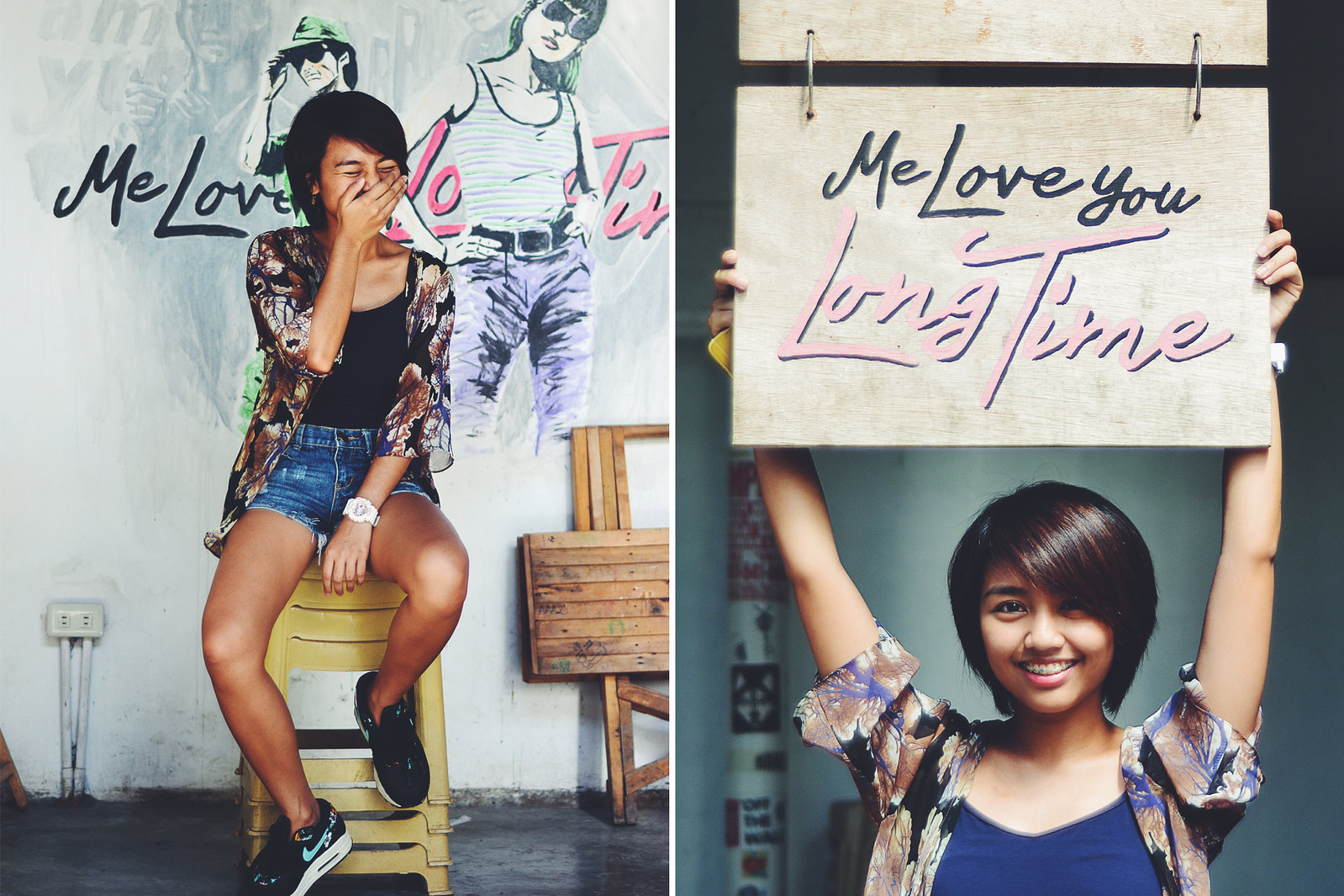 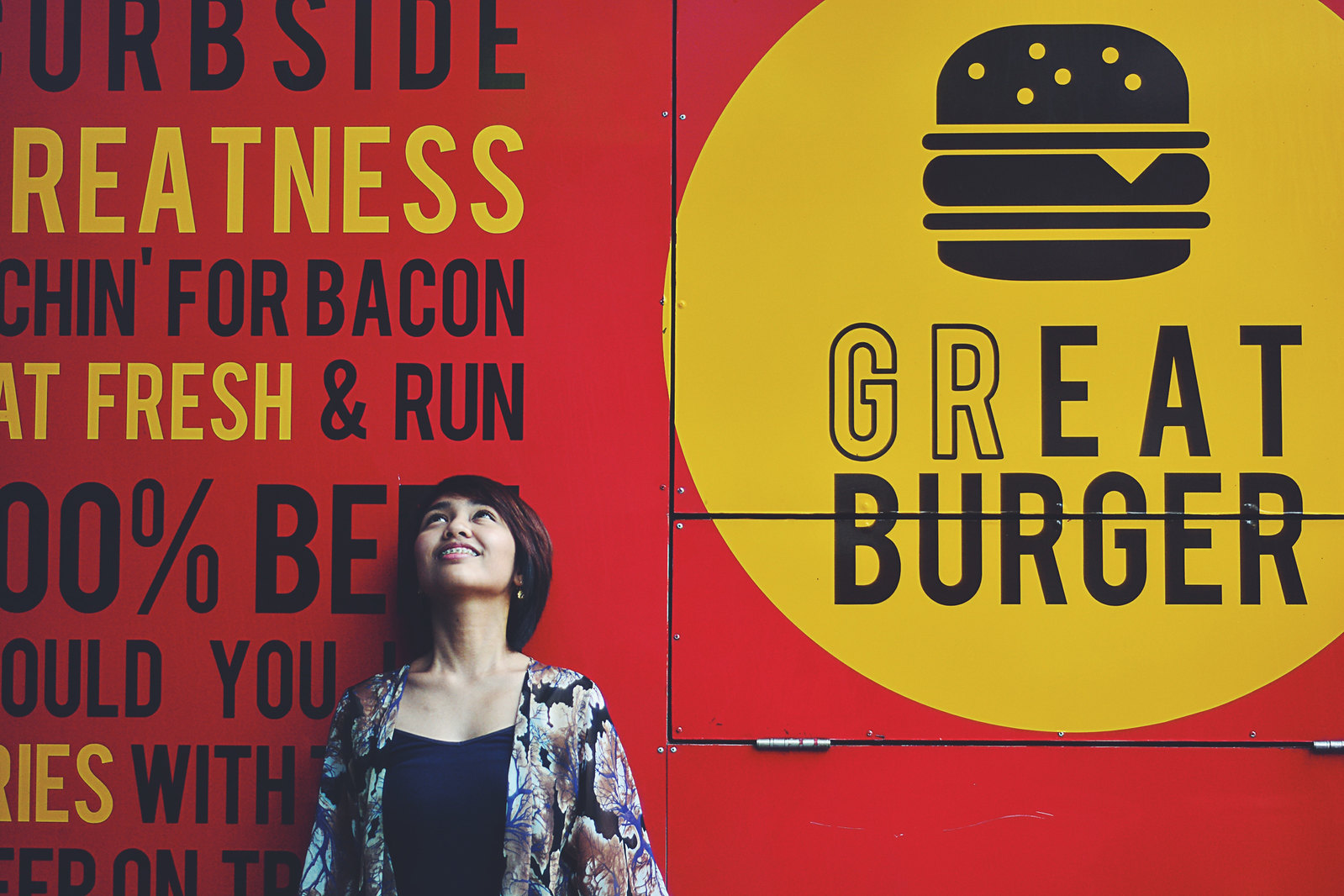 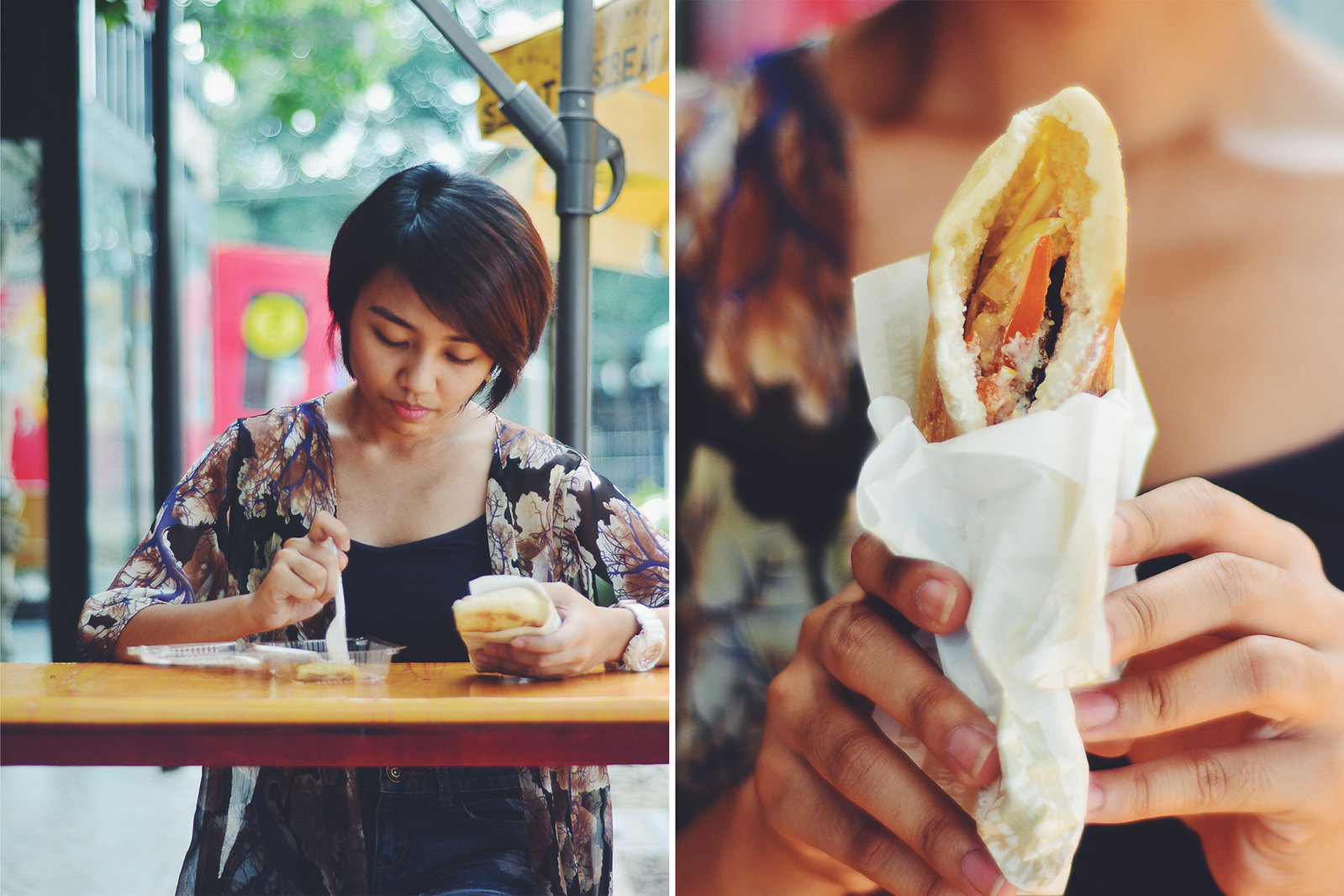 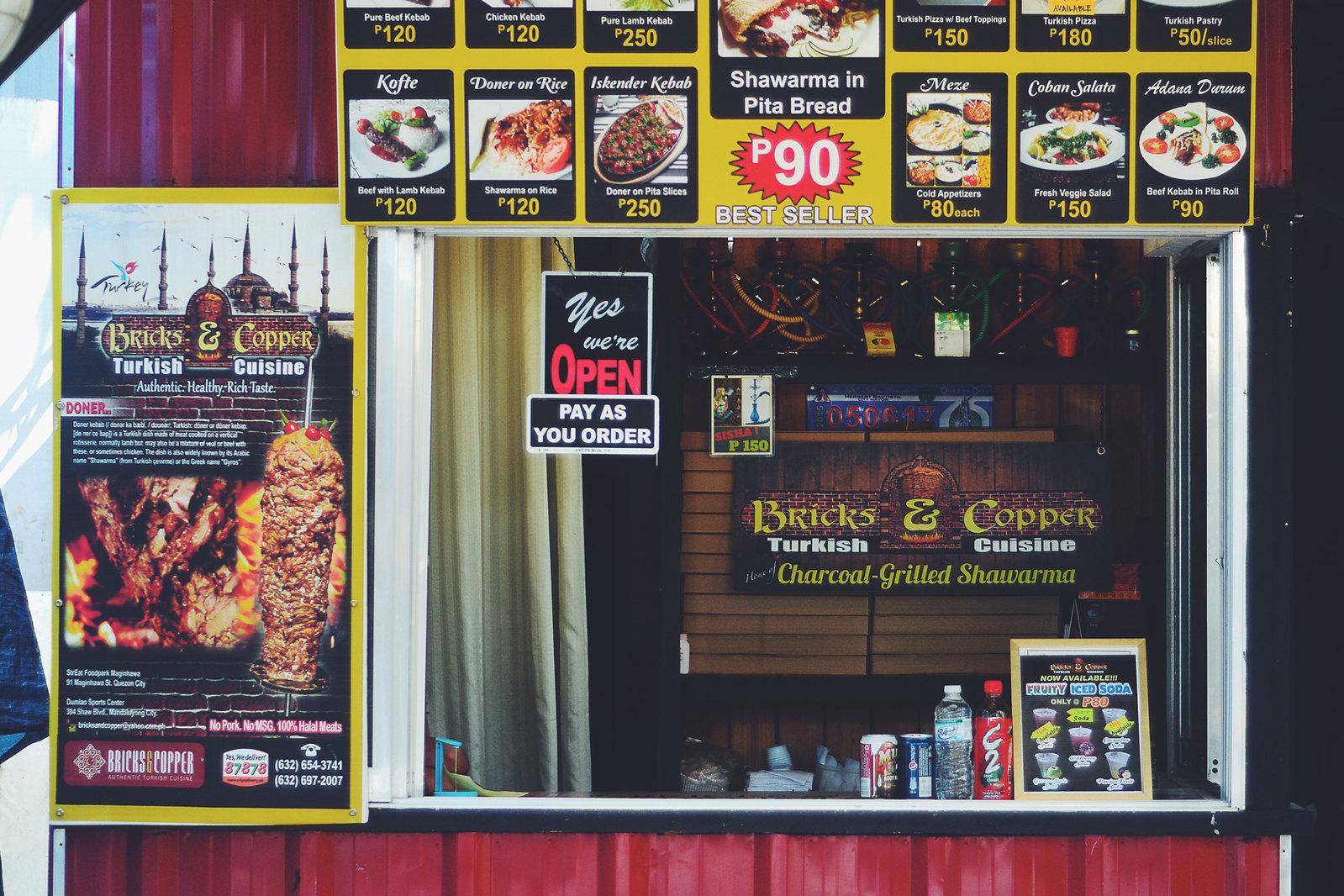 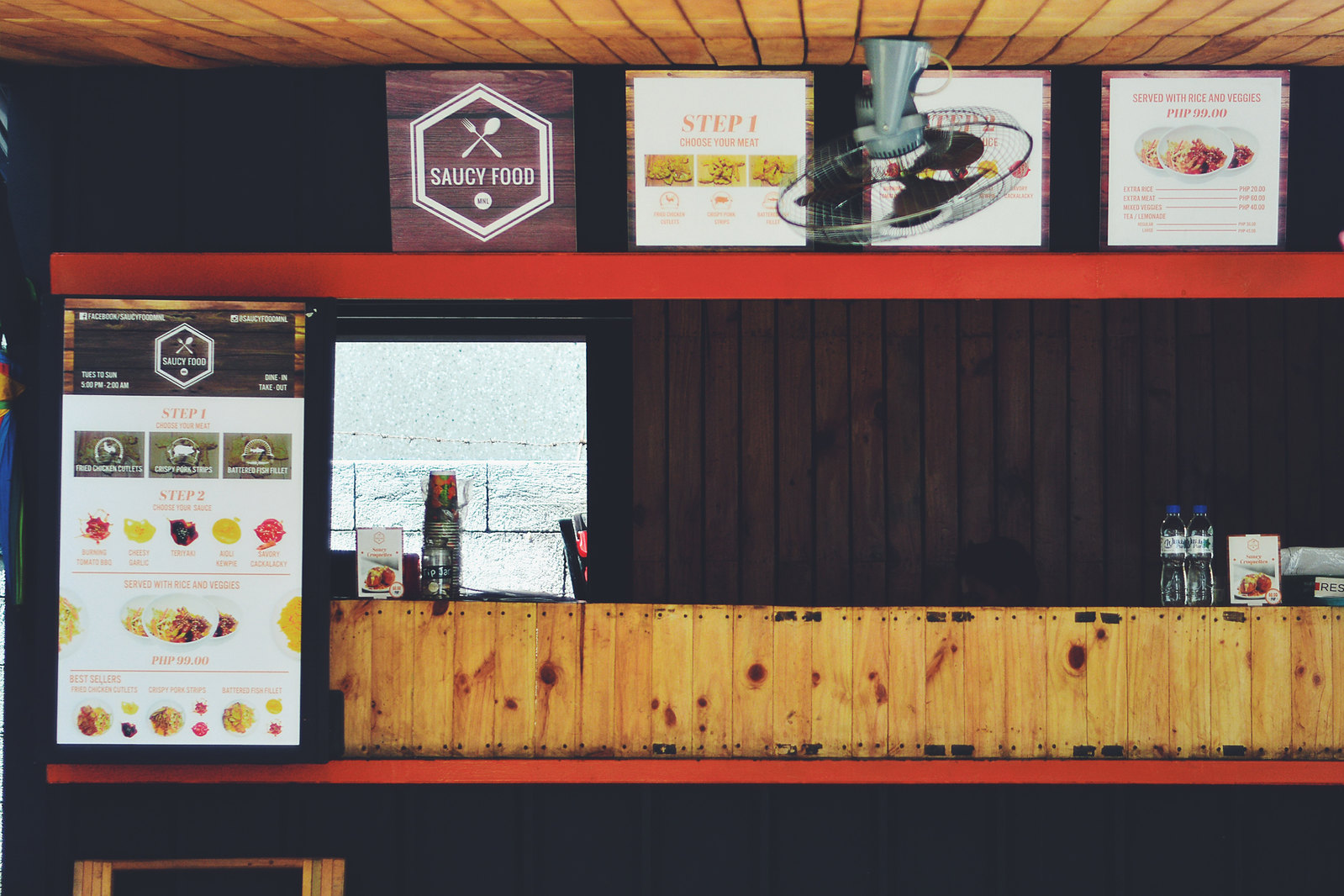 An hour later we walk to Cat Cafe Manila, a haven for animal lovers in general with felines taking space with diners, a concept inspired by similar restaurants in Taiwan, South Korea and Japan. The place is cozy and intimate with cute cat-themed paraphernalia adorning the walls. The cats themselves are all Puspins (pusang Pinoy), who were all once strays but are now in the loving care of the owners. 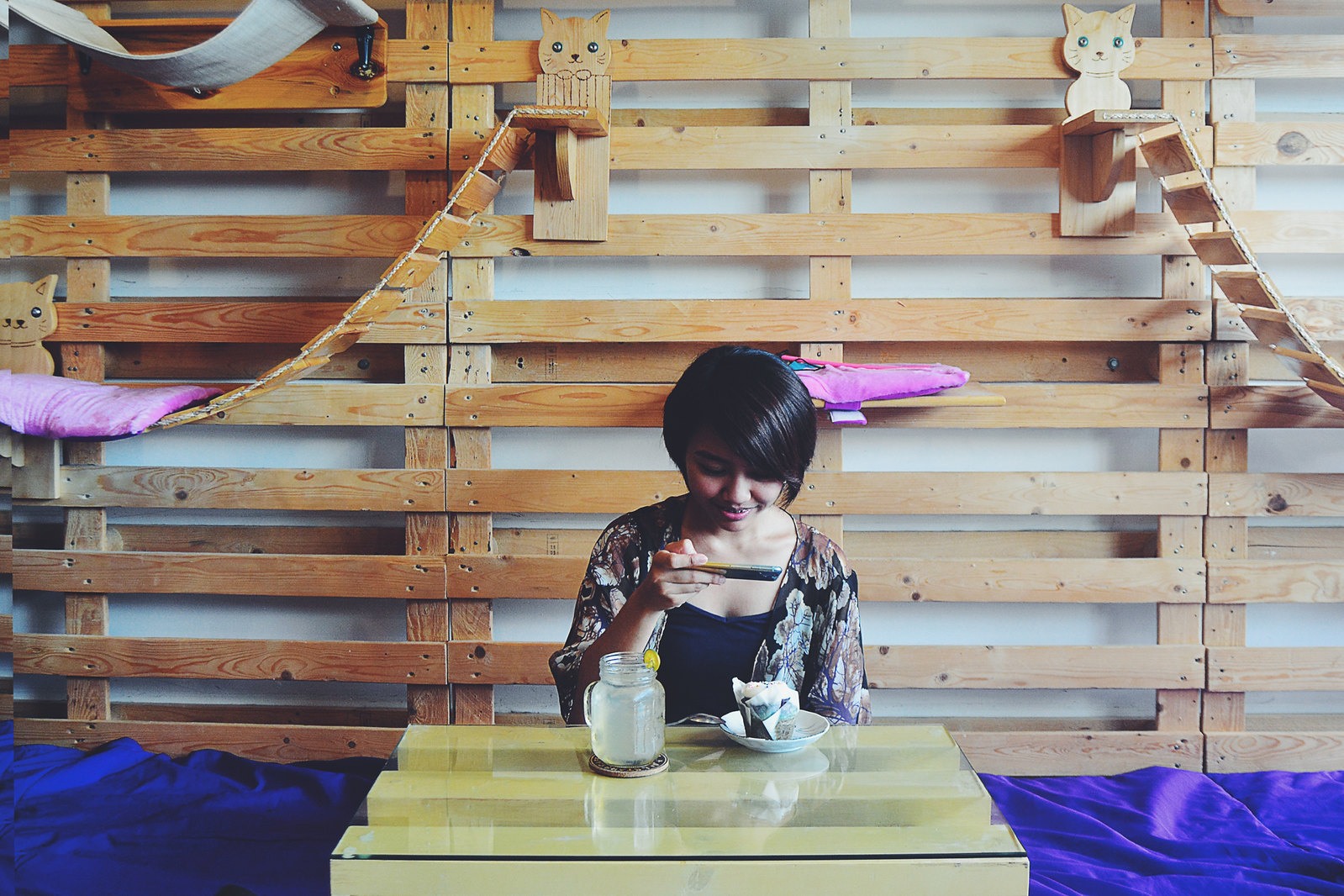 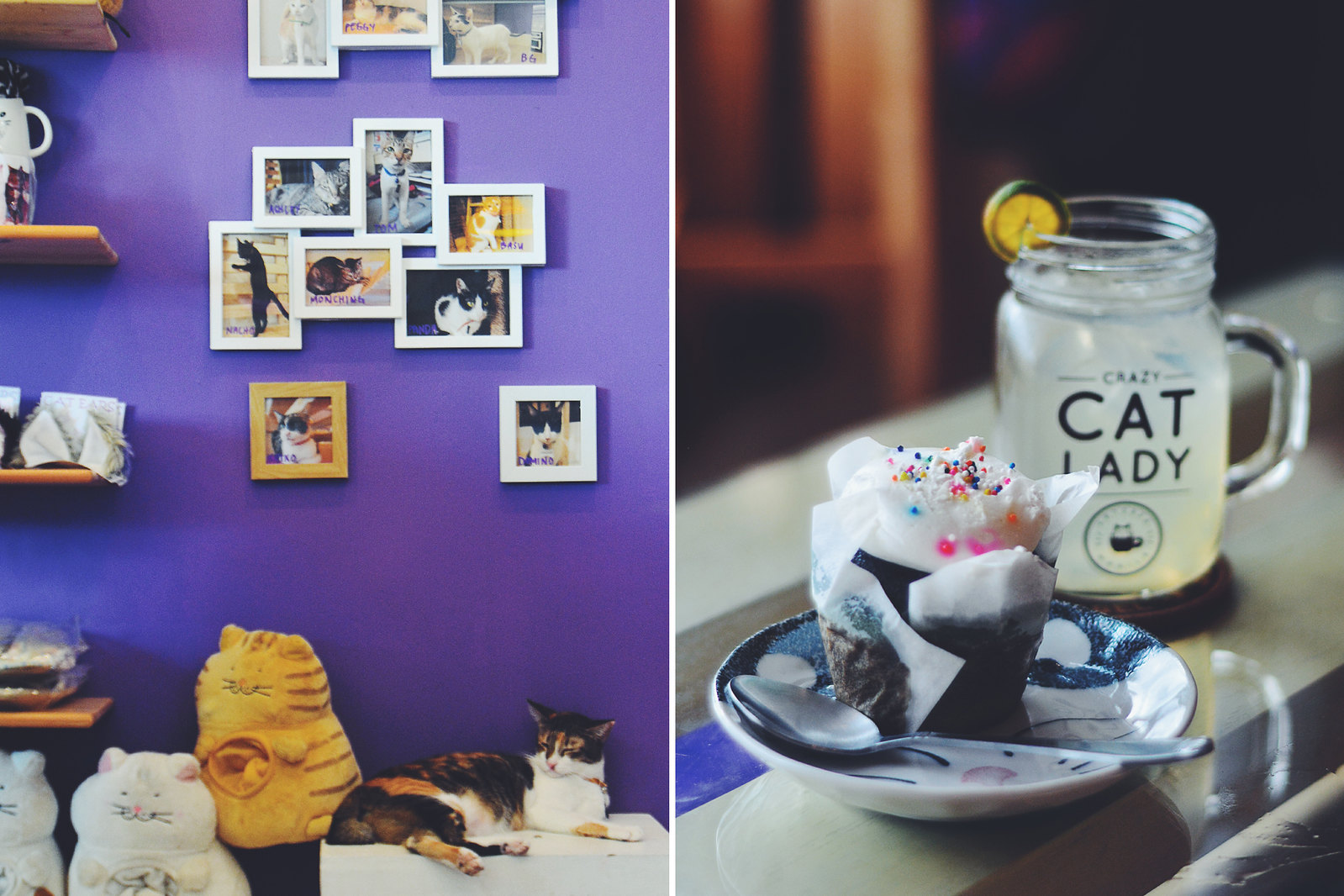 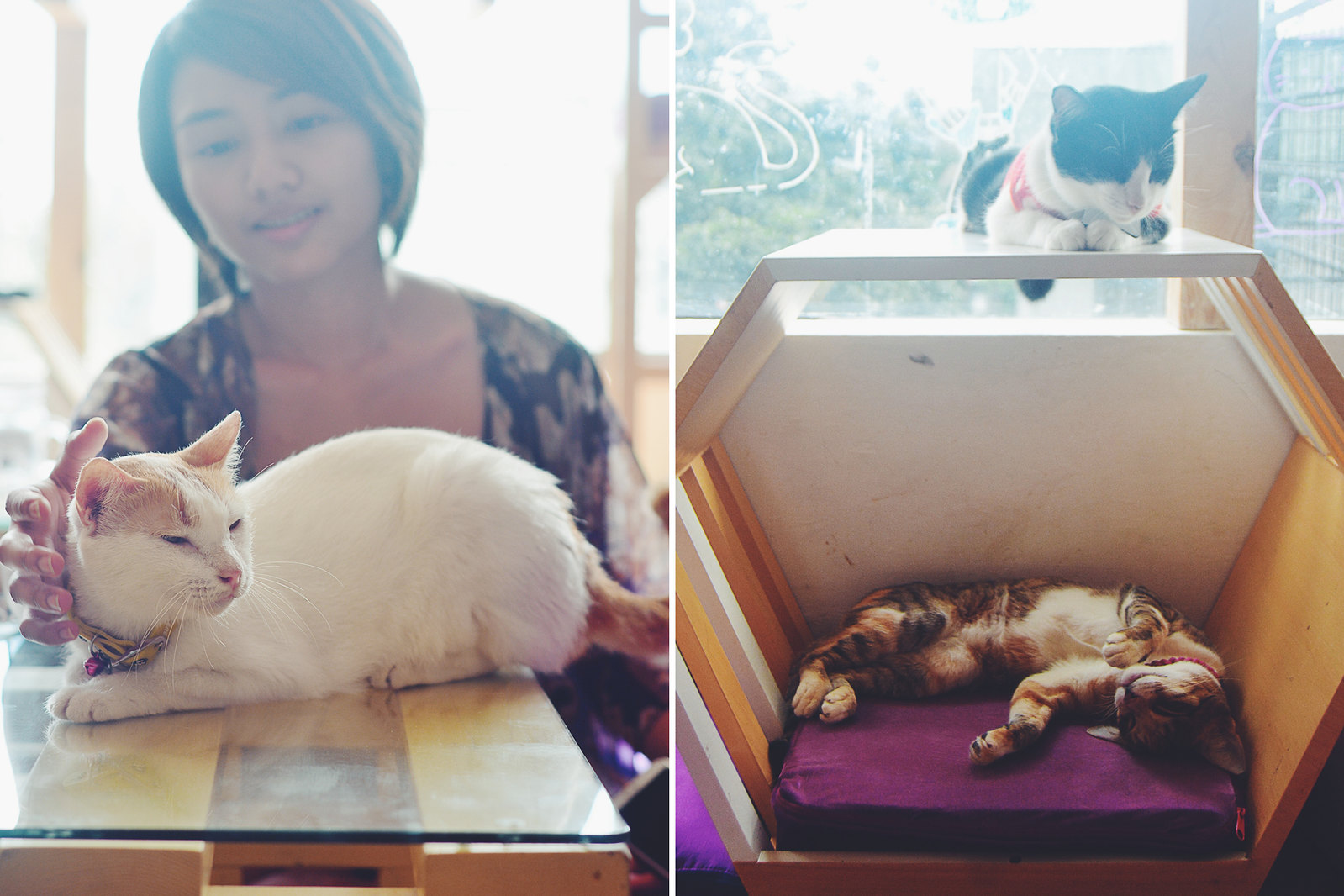 In the afternoon we set out on a walk around the main campus of the University of the Philippines. We confine ourselves mainly at the Sunken Garden, which looks like a forest made magical by the golden hour sunlight. 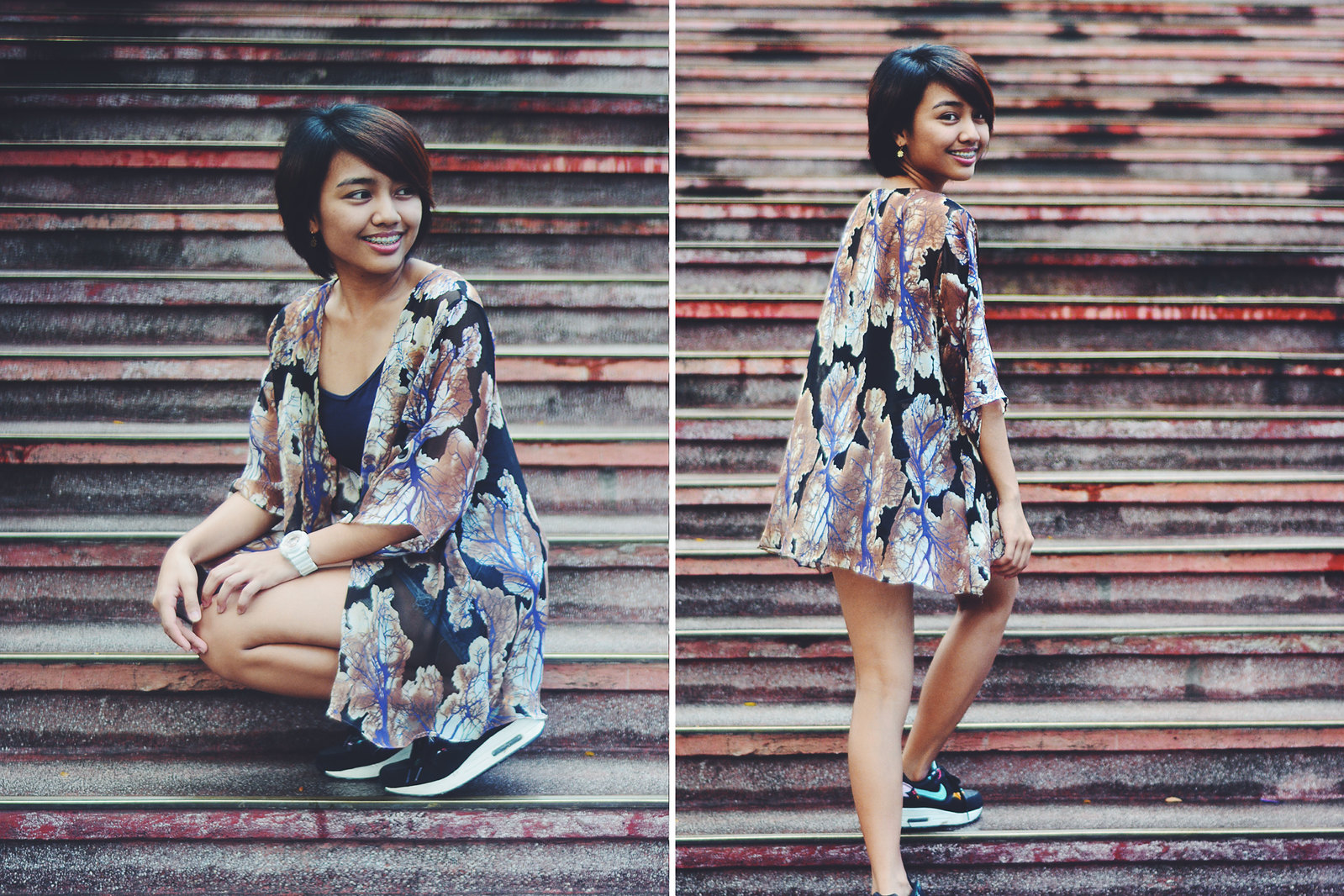 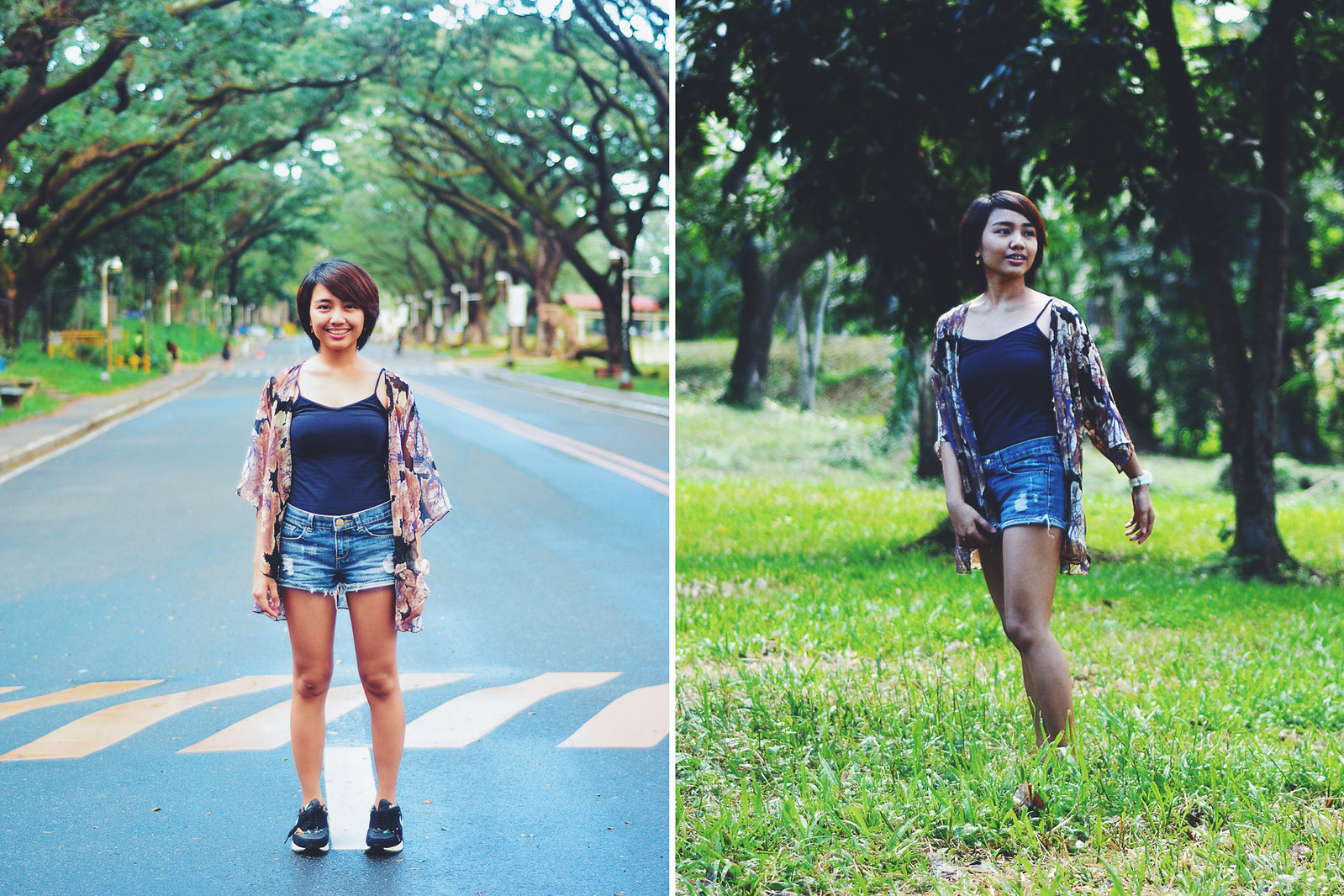 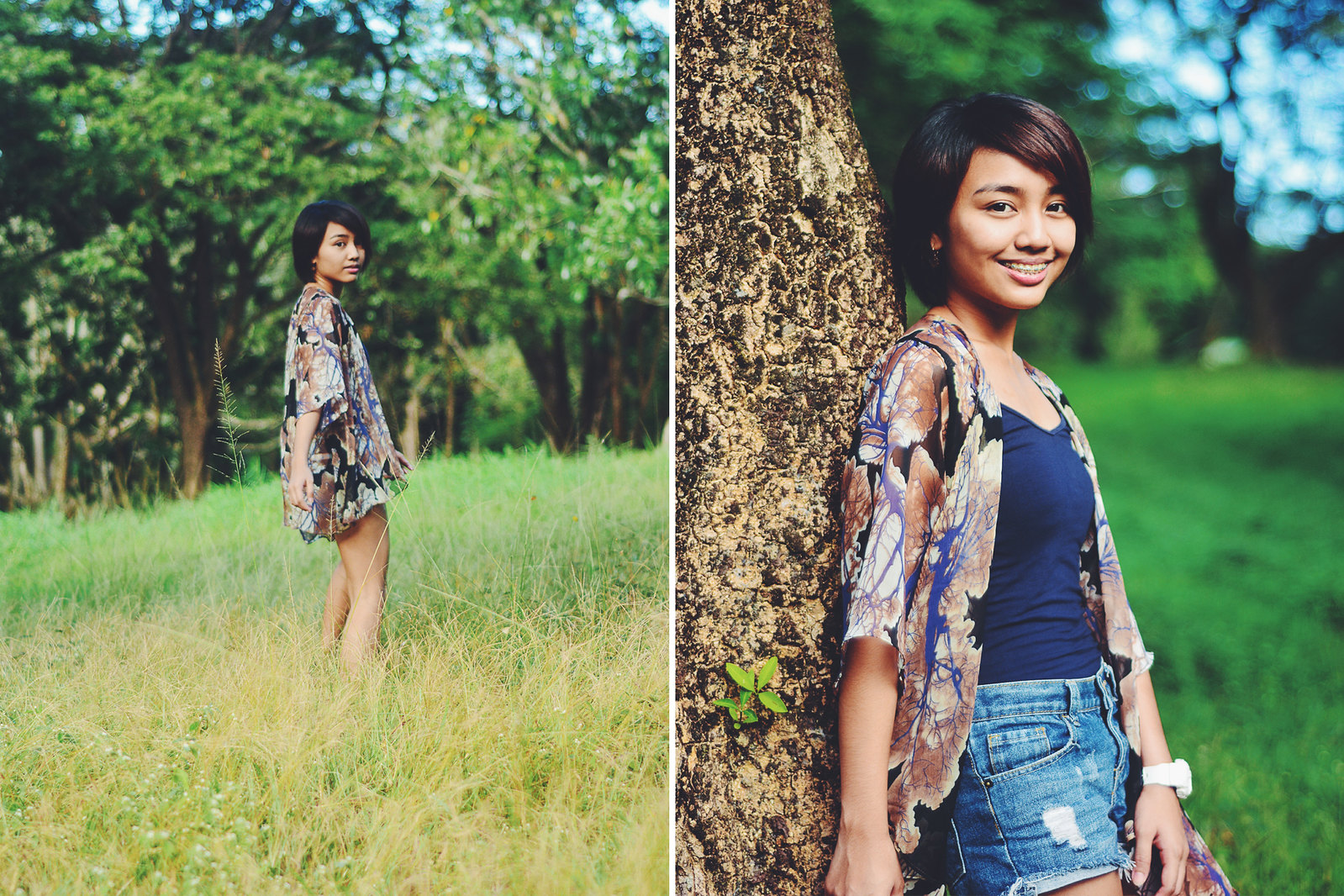 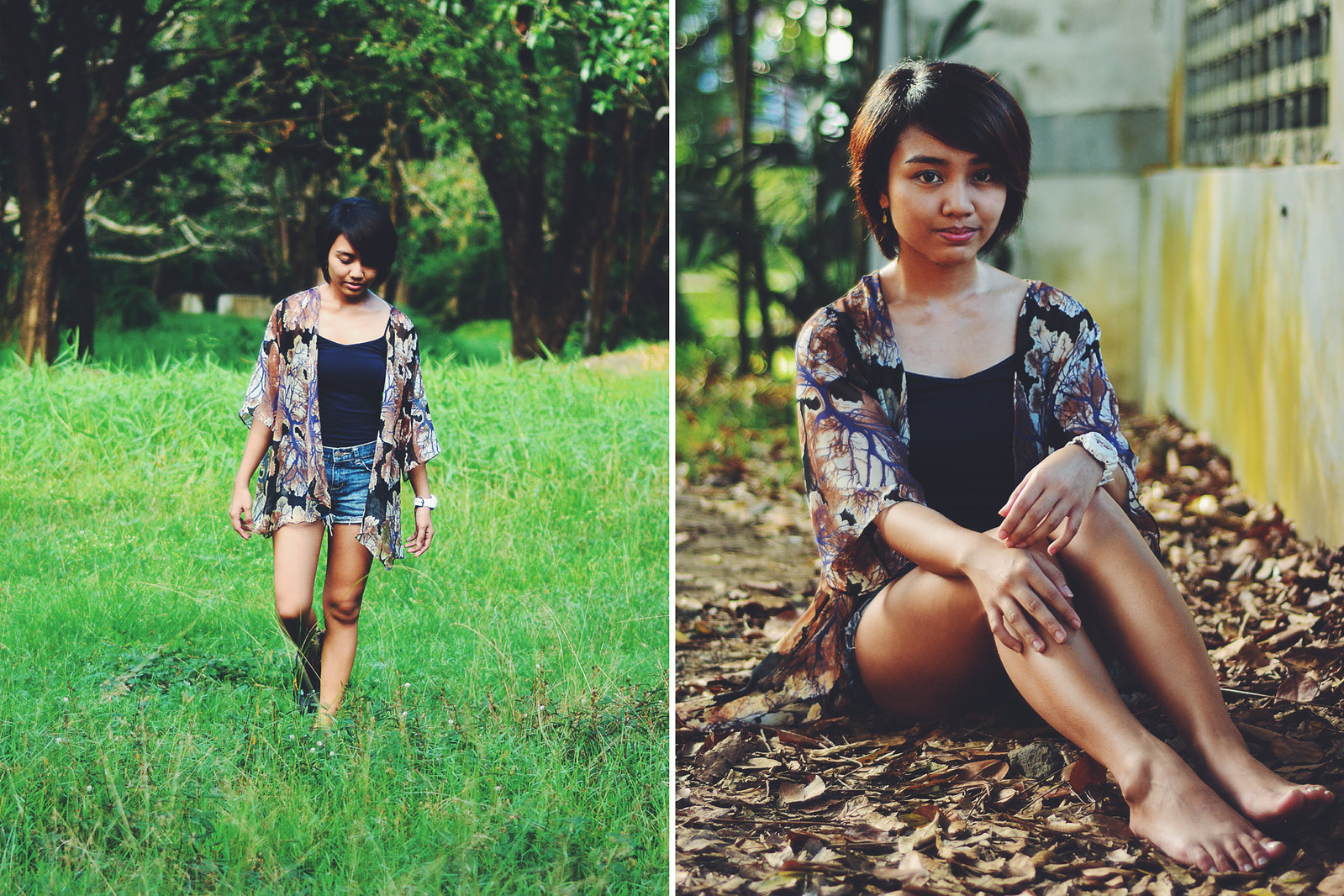 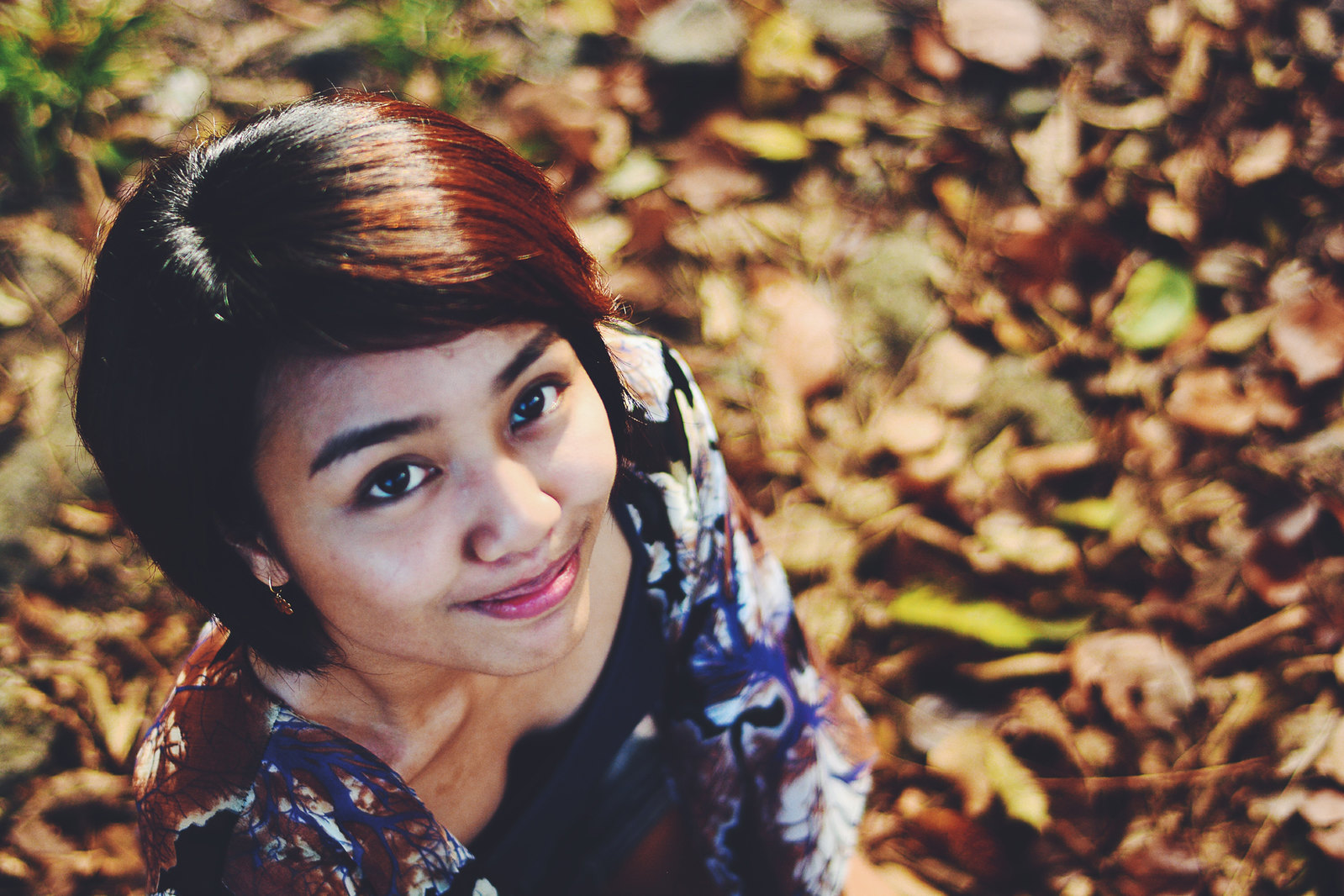 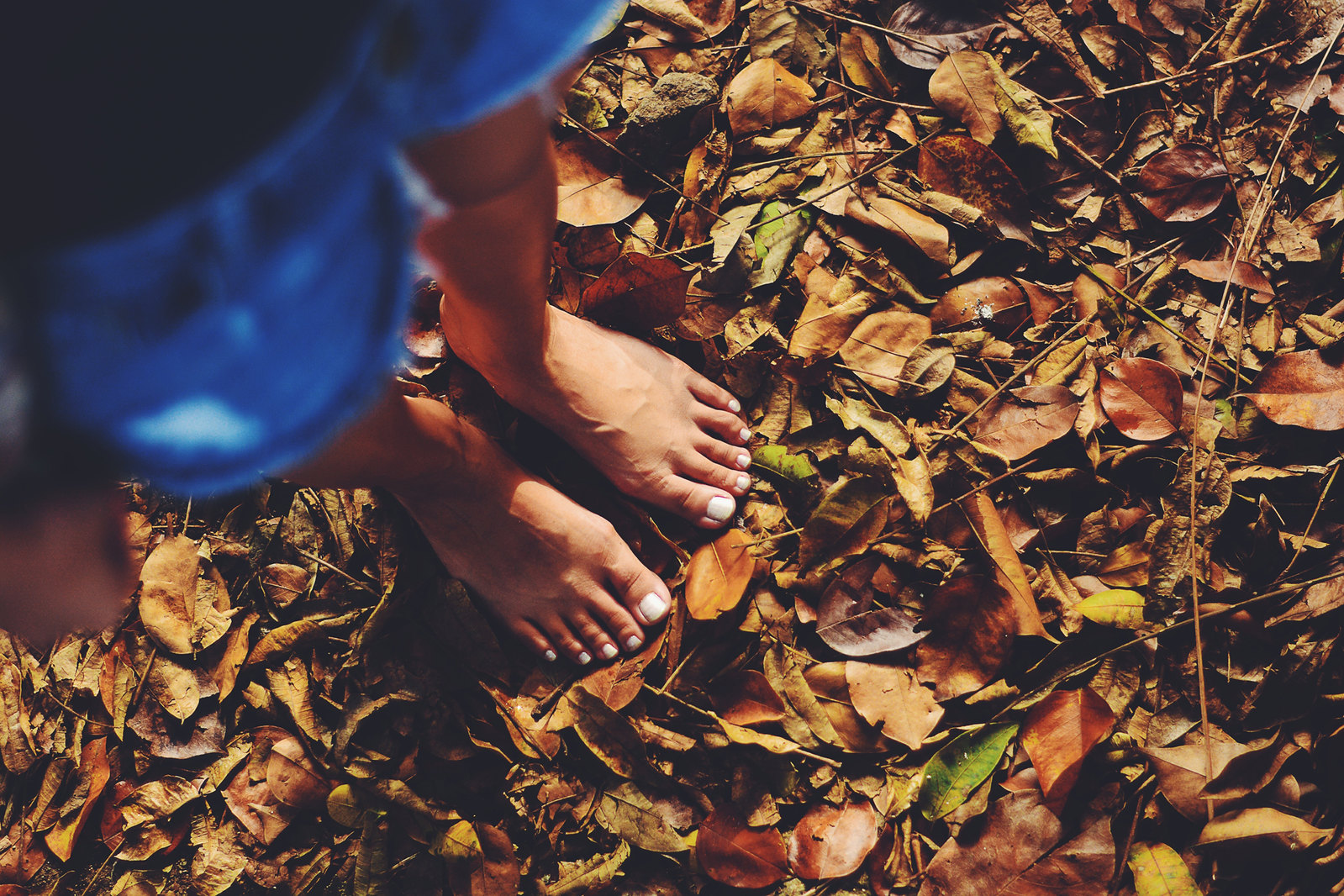 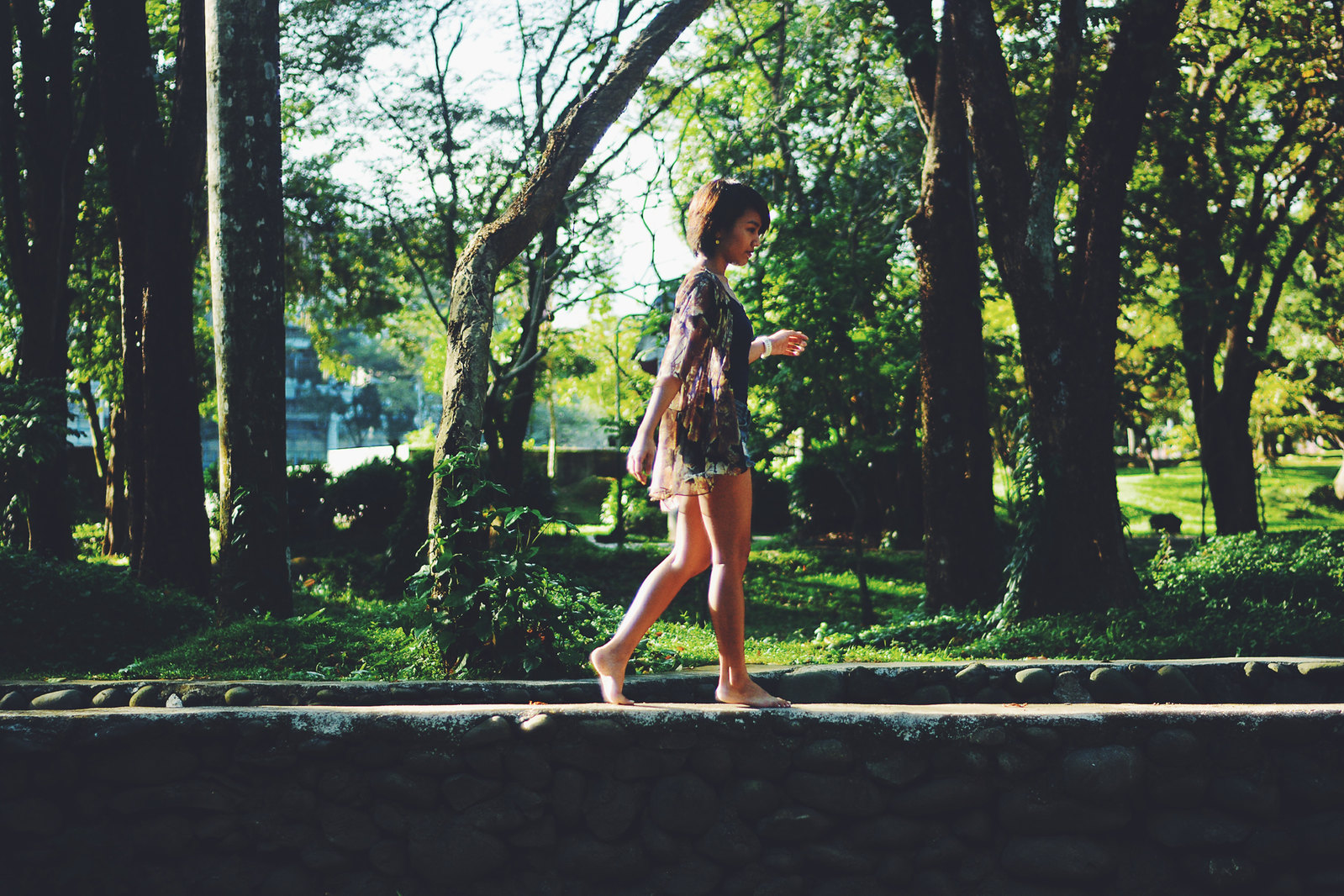 Diliman, and to some extent Quezon City in general, has been regarded as a bastion for activism. It refuses to conform, and the sprawling green area surrounded by acacia trees amidst the increasingly grey metropolis is an apt metaphor for this. But it’s good. It’s, pardon the pun, a breath of fresh air.