Living in what has been gradually becoming the post-pandemic period (I hope I’m not speaking too soon), I’ve been finally going out more often and much farther in the first half of 2022 than the previous two years combined. It is now June, and my Google Photos account has become a personal collage of joy and fulfillment. Seeing the past six months of travels and memories, moments shared with friends, and family, it makes me yearn in anticipation of how the future will unfold once this year gets filed under the “throwback” hashtag.

To mark the halfway point of this year, I take a trip to Santa Rosa, Laguna. It’s essentially a spontaneous trip brought about by a piyaya pasalubong to a friend. Last month, when I went to Bacolod, I bought a handful packs of piyaya, a couple of which for a friend who was originally from Sipalay in Negros Occidental, but now living in Biñan, Laguna. So we hatched this plan that we would meet in Santa Rosa, which is just a jeepney ride from Biñan, where I would book a hotel for a staycation as well.

Needless to say, Santa Rosa has become etched in my brain because this is the hometown of someone who, well, has become a significant part of my past. It was impossible to come here and not be reminded of the “what if’s”. But a conversation with a friend made me realize, instead of avoiding the places from our past, why not go there and create new memories? It’s a basic idea, but sometimes, when we’re in the midst of our mental storms, it’s hard to do that. I’ve never really explored Santa Rosa outside the Enchanted Kingdom, so well, here I am. 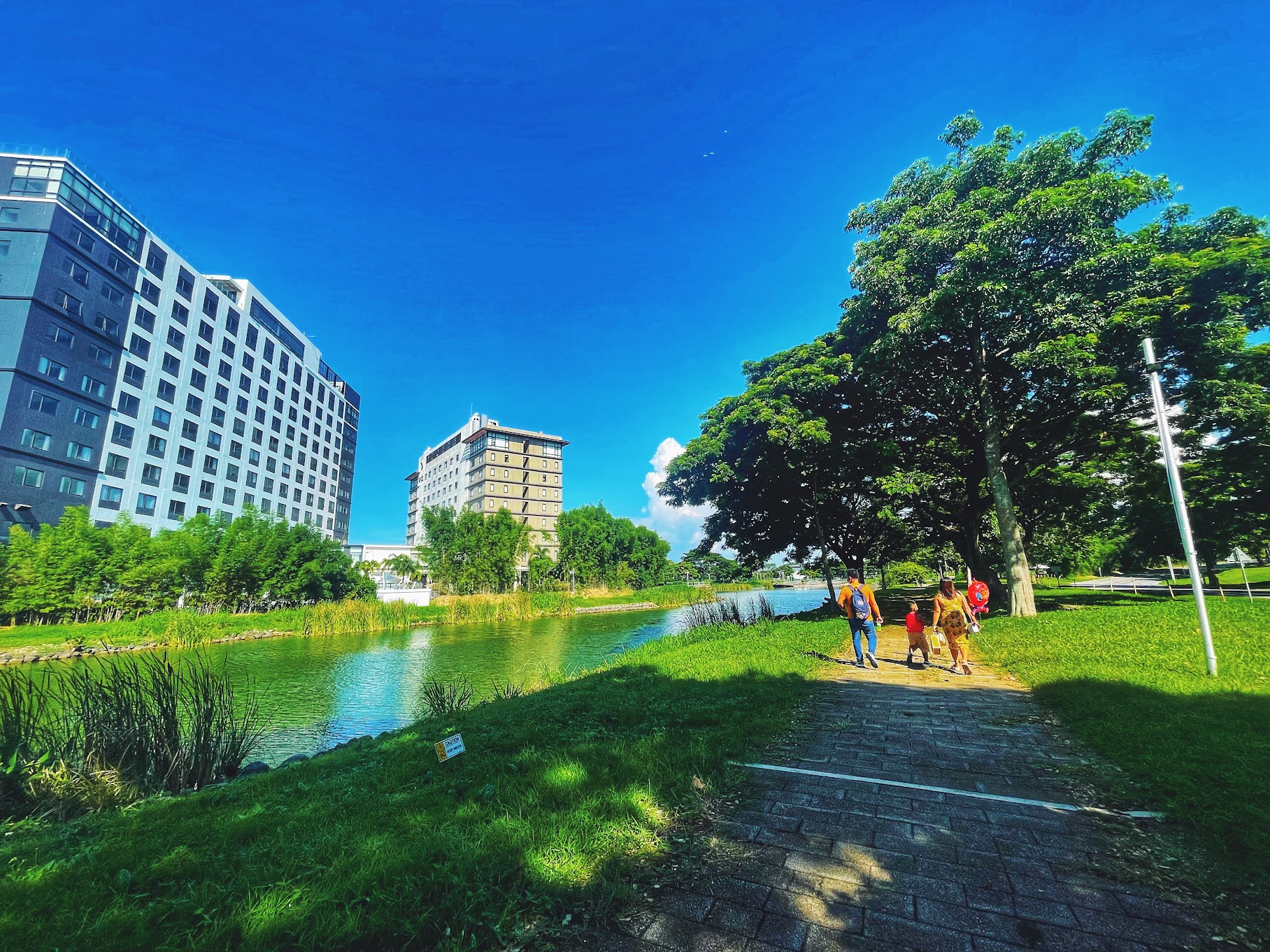 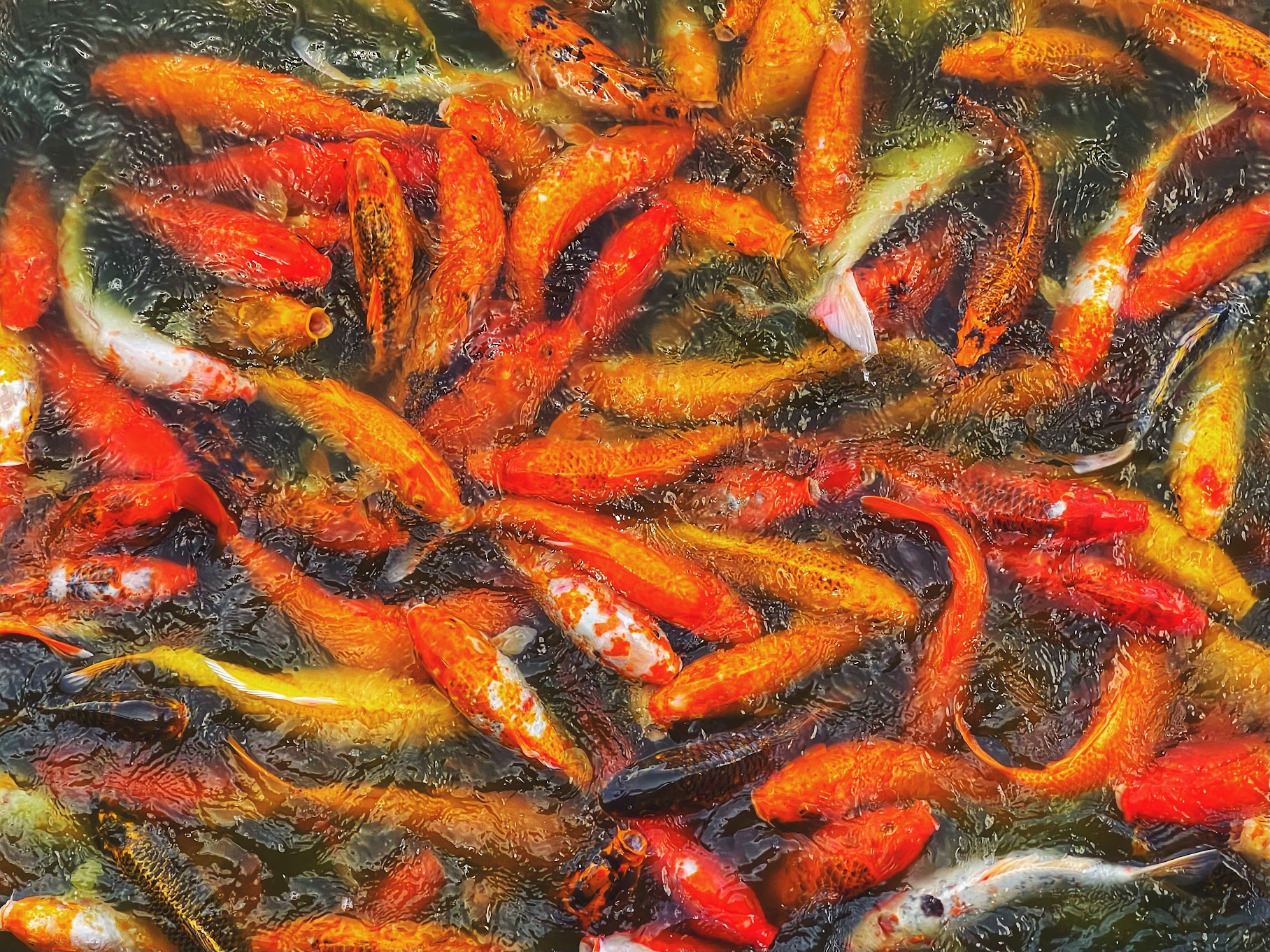 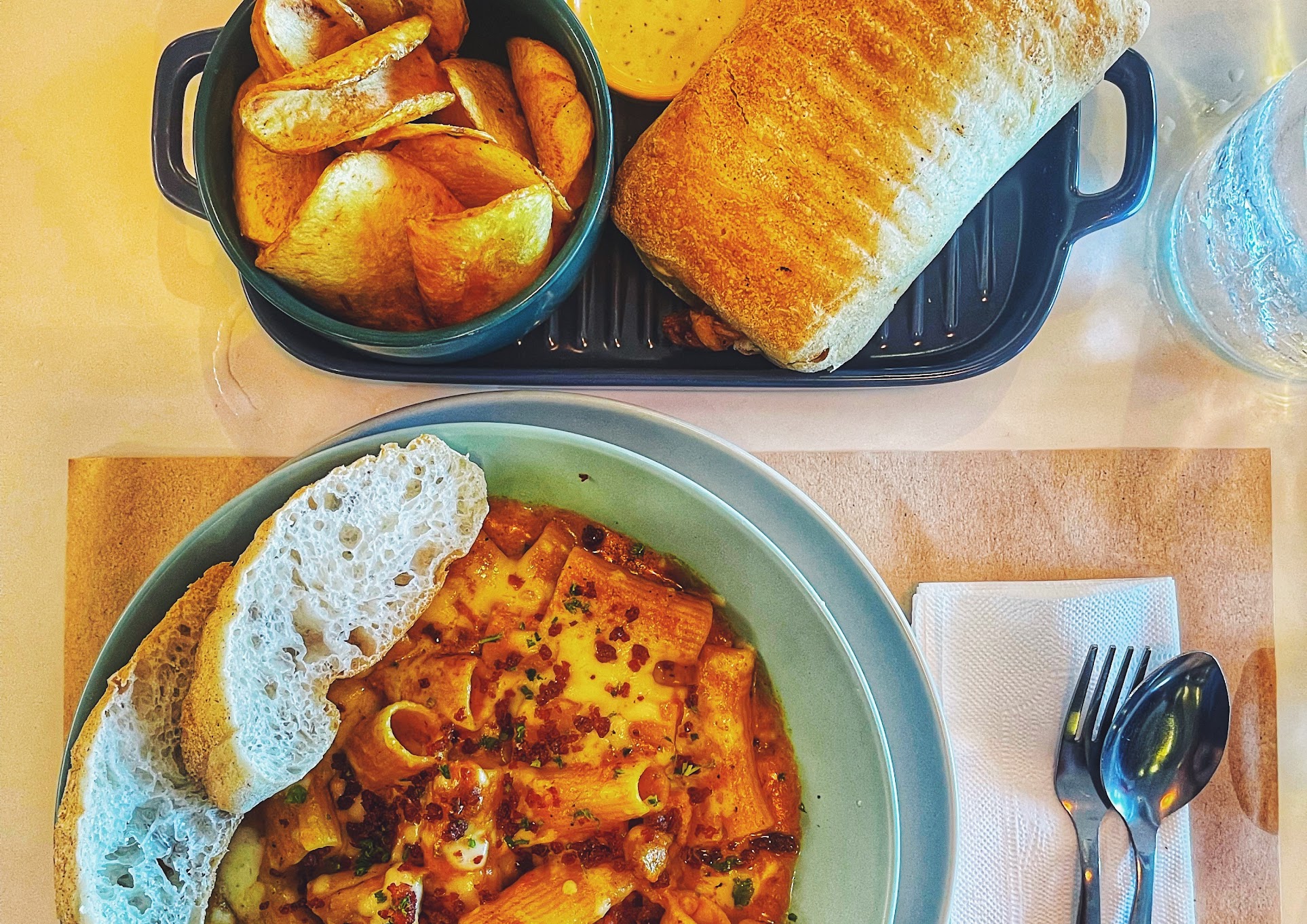 It turns out, though, that my friend has a sudden trip to Tagaytay and can’t make it to Santa Rosa. And I also planned to rent a bike so that I could pedal around Nuvali, but I can’t find where to rent bikes, if it’s even possible. A security guard tells me that the bike rental operations might not have resumed, though nobody can confirm. So I just have a solo meal at a Portuguese restaurant (Cozhina de Burgo serves great food, by the way), read a few chapters of a novel at a cafe, and while the afternoon away by the pool at the hotel. I’m relishing the spontaneity of this trip, although some form of structure could have helped.

With a longing to explore the city itself, I also want to venture out to SM City Santa Rosa because, well, why not? I check out of the hotel the next morning a bit earlier than I had planned so that I can have a bit of time exploring the city proper as well, lunch at a Vietnamese cafe just a few minutes’ walk from the city hall, and then travel to Biñan to meet my friend there instead. 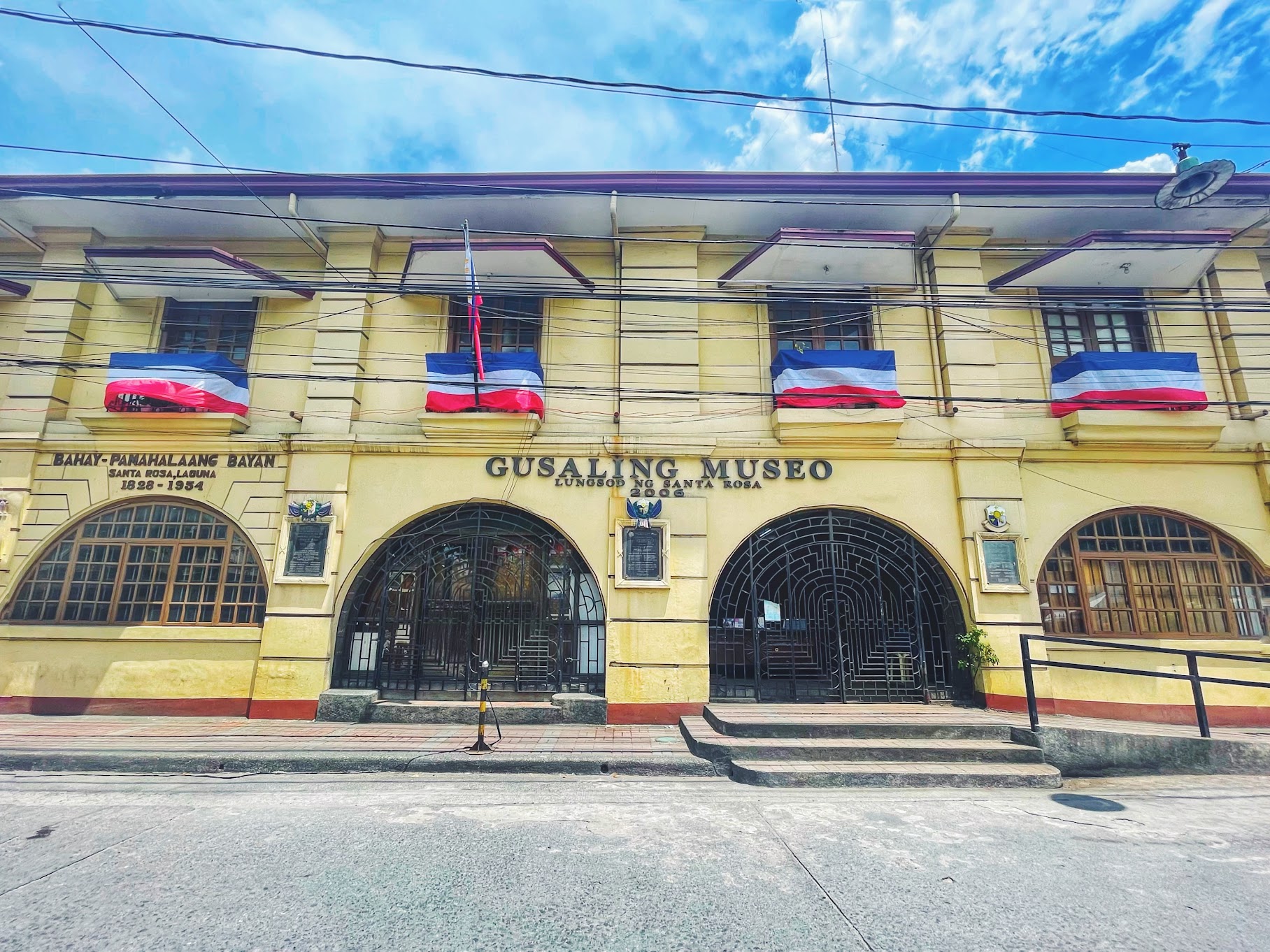 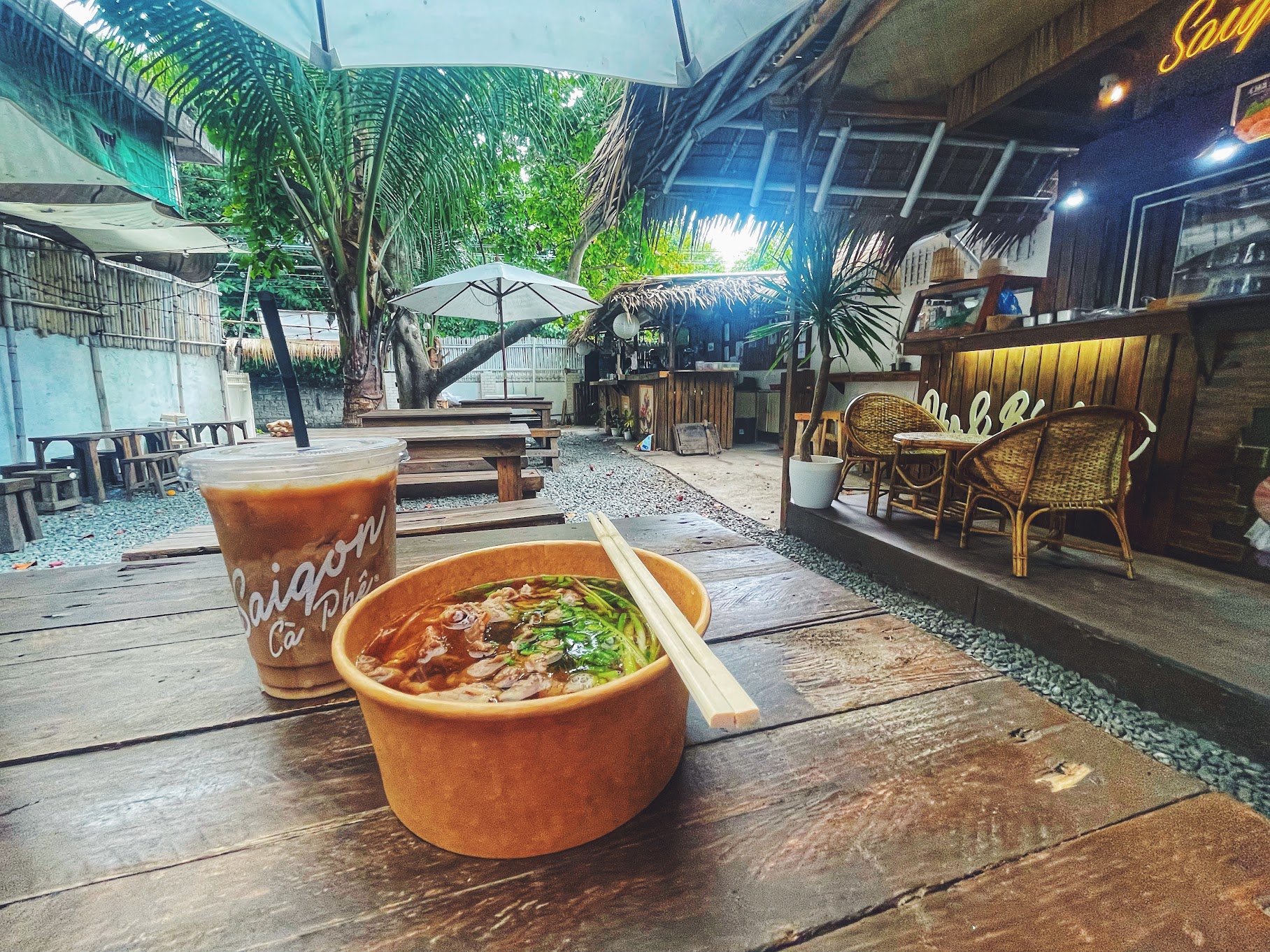 There, we catch up, have an afternoon snack at a mall, and just basically enjoy the hot afternoon together before we again go our separate ways. I feel grateful for the privilege I have to be able to do trips such as this one. There’s something about journeys like these that remind me of the thrill of freedom and the satisfaction of feeding your curiosity. Personally, the chance to go to places on your own terms is an empowering feeling. I am reminded of the reasons why I’ve always wanted to travel, and the sense of freedom that comes with it, especially when these challenging times threaten to strip life of its purpose.

The worst of the pandemic may be over, but honestly, I’m still worried about the country’s future. At least there’s still traveling to keep me sane.